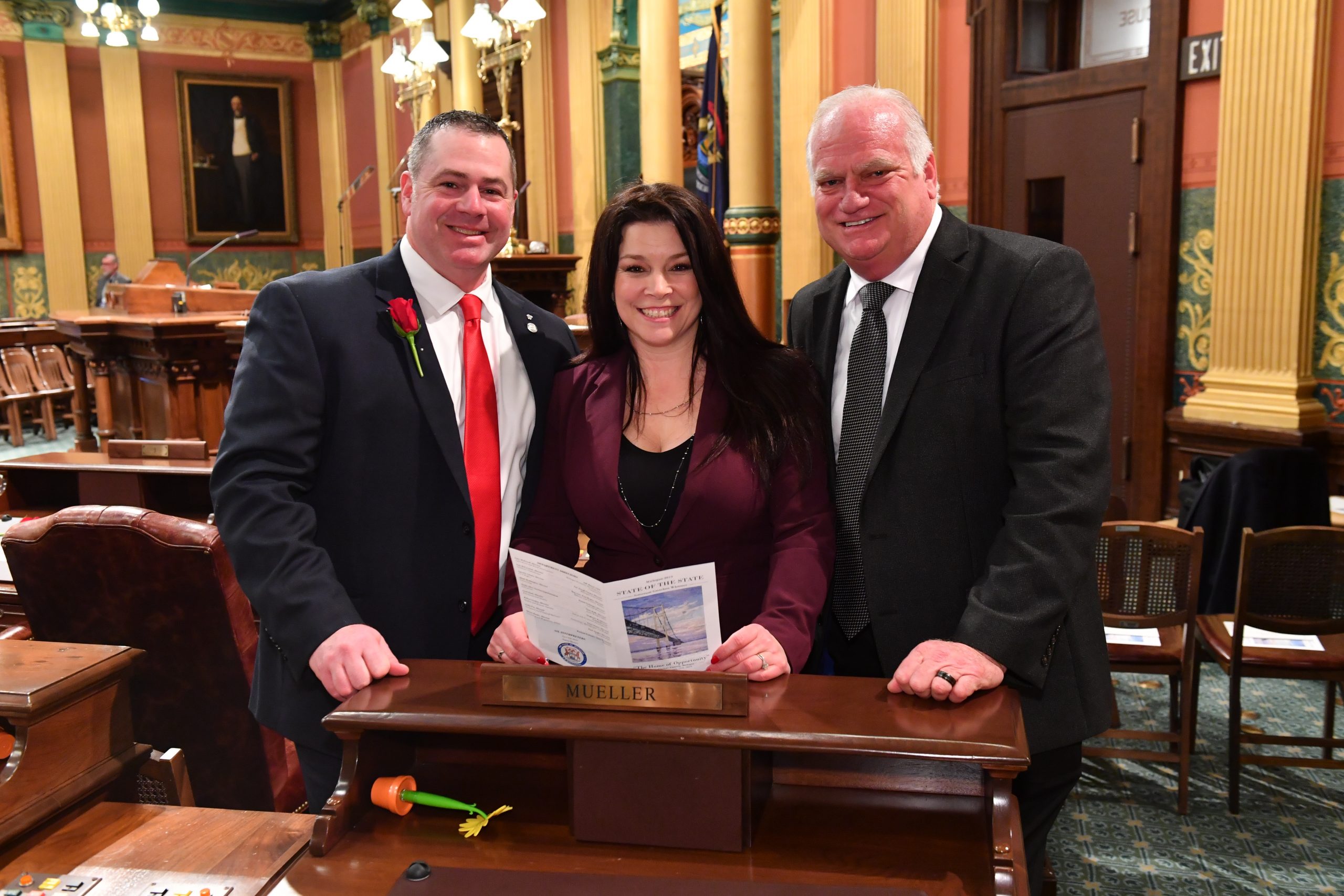 PHOTO INFORMATION: State Rep. Mike Mueller of Linden welcomed Eric Hipple to the House floor for Gov. Gretchen Whitmer’s State of the State Address. Hipple was a Detroit Lions quarterback from 1980 to 1989. After the suicide of his 15-year-old son in 2000, Hipple became an active advocate for suicide prevention and mental health for veterans and first responders, two priority issues for Rep. Mueller. They were joined on the floor by Rep. Mueller’s wife, Angie.

“Local health department experts across our state know what’s best for the kids in their communities,” Mueller said. “This plan ensures schools can choose the best mode of instruction for their unique area. As a parent, my priority is keeping kids safe without jeopardizing their education. Utilizing innovative methods of instruction, we can all work together to achieve that goal.”

Bipartisan plan would reclassify several minor offenses as civil infractions The state House of Representatives has approved Rep. Mike Mueller’s plan to re-examine the penalties for driving with a suspended, revoked, or denied license in Michigan. Mueller said reclassifying penalties for first and second-time offenses as civil infractions would establish better, more proportional penalties that […]

By State Rep. Mike Mueller, of Linden As a sheriff’s deputy, my goal was always to help people. Now, as a state representative, my goal is no different. One of the most important ways we can help people is to ensure that good citizens do not end up stuck in the criminal justice system. That […]

Rep. Mueller, a retired sheriff’s deputy, talks about the package of jail-reform legislation unveiled at the Capitol Wednesday, saying that the public benefits when jail is meant for individuals posing a threat to public safety, rather than people with unpaid tickets.