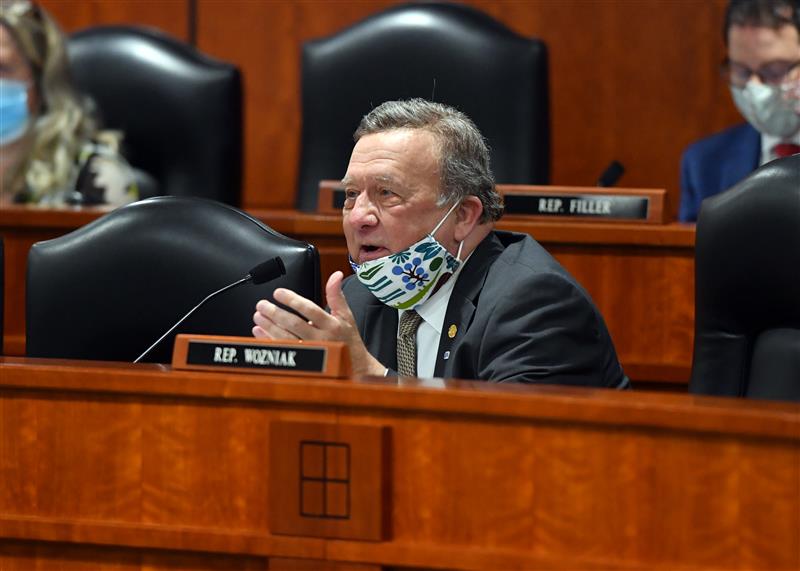 Rep. Wozniak earlier this week expressed disappointment with the way Whitmer and the Michigan Department of Health and Human Services handled nursing home hub and visitation policies throughout the past year.

“Earlier this week I highlighted Macomb County Prosecutor Peter Lucido’s requests for an investigation into the governor’s policies, which brought agreement from the U.S. Attorney for the Eastern District of Michigan but were denied by state Attorney General Nessel,” said Rep. Wozniak. “It is unacceptable that our elected officials would rather play partisan politics than investigate serious offenses that have resulted in many deaths within our state’s elderly and infirm populations.”

Rep. Wozniak helped send a letter to Wilkinson that cites the issuing of a formal complaint against Gov. Whitmer’s COVID-19 nursing home policies and requests an investigation be opened immediately.  The letter also mentions hush money recently paid to former state health director Robert Gordon during his abrupt departure, noting he issued many COVID-related health directives but must now remain silent due to the separation deal.

“I helped send the letter because I believe Michigander’s have a right to know what role the former health director played in all of this, and because our constituents have a right to transparency,” said Rep. Wozniak. “I urge the U.S. Attorney General to investigate these grievances as quickly as possible.”

A copy of the letter is attached.

Rep. Doug Wozniak today introduced a resolution calling on Congress to allow infrastructure funding being proposed by Congress to be used for combined sewer system separation to prevent overflows into Lake St. Clair and other surface waters and tributaries

State Rep. Doug Wozniak today joined his fellow members of the House Oversight Committee in questioning former Michigan Department of Health and Human Services (MDHHS) director Robert Gordon on the conditions of the severance agreement presented to him by Gov. Gretchen Whitmer. Gordon accepted the $155,000 payment earlier this year, which included a gag clause.

Rep. Doug Wozniak, of Shelby Township, yesterday voted in favor of a 10-bill package that increased transparency in state government operations. House Bills 4382-92 creates a new Legislative Open Records Act (LORA) to bring the Legislature fully compliant with the Freedom of Information Act (FOIA). The reform package removes the current rule that exempts state legislators and the governor’s office from being subject to record requests.