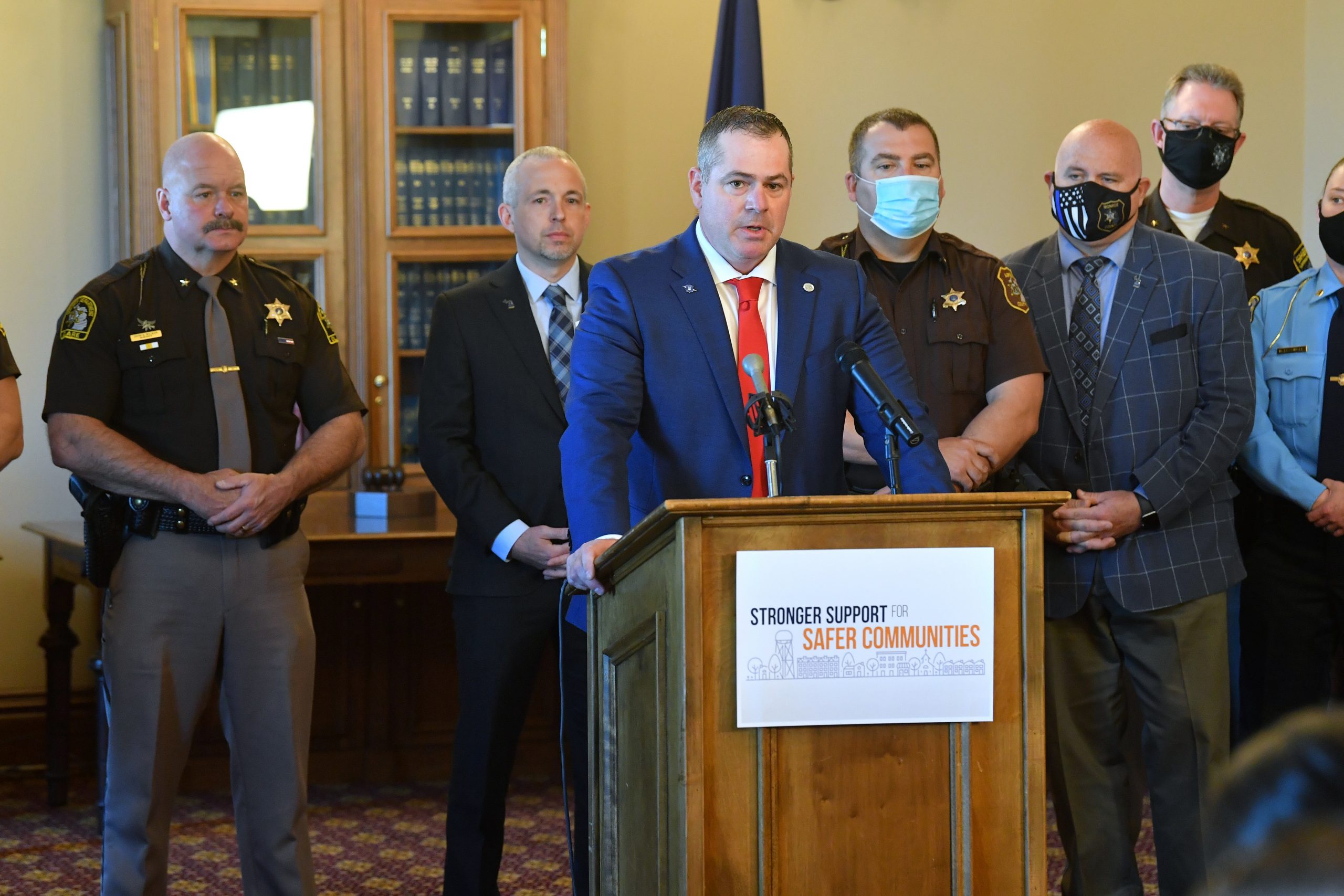 “The plan the governor announced today is very similar to ours – and that’s great. My biggest concern is her narrow focus on big cities. Police in every single Michigan community deserve our support – not just the ones in urban areas where most of the governor’s voters live.”

State Rep. Mike Mueller this week stood up for crime victims and advocated for their rights at the state Capitol.