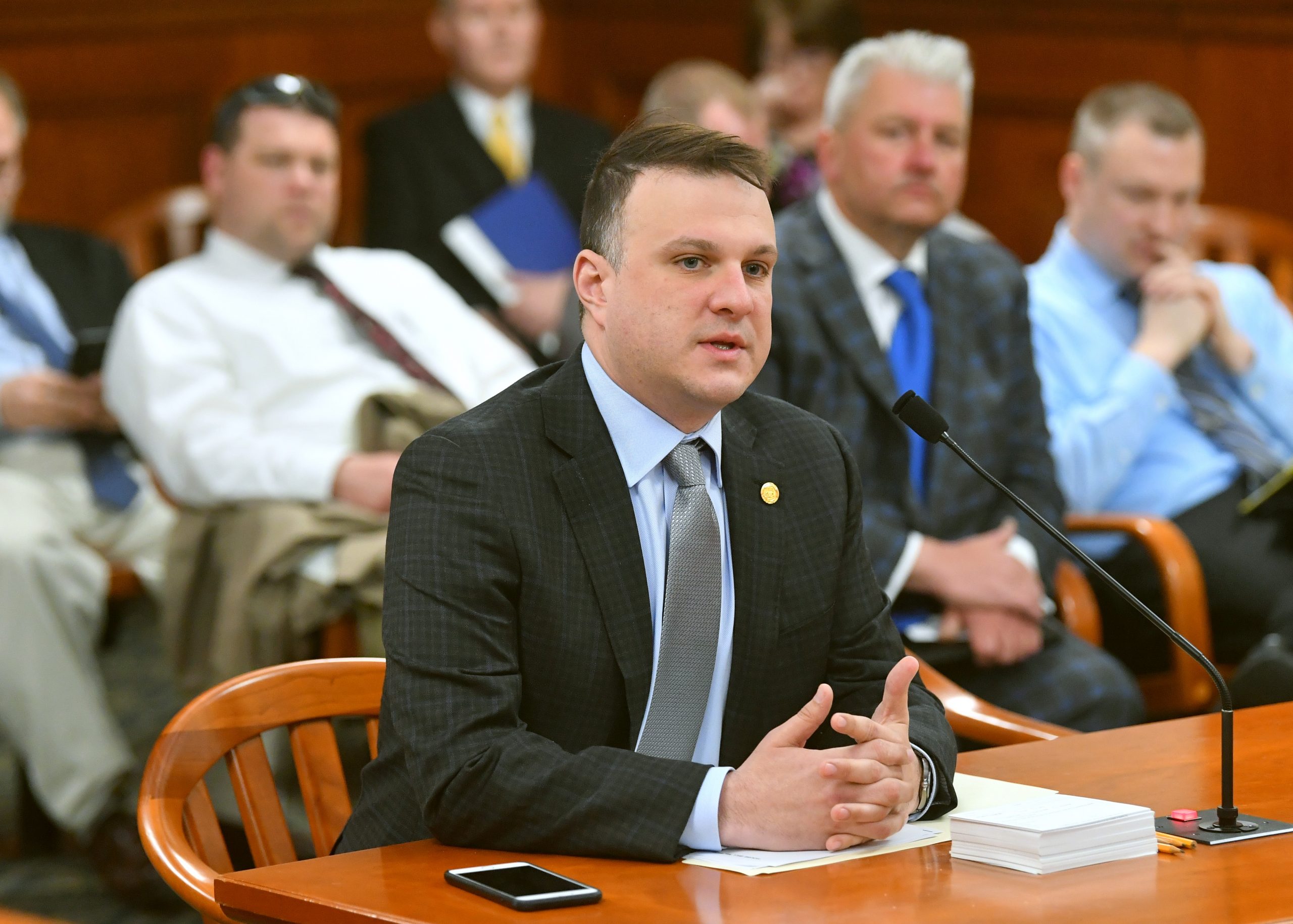 State Rep. Matt Hall, of Marshall, is working on a new joint resolution to limit federal power, federal spending, and establish term limits for Congress and/or federal judges, ultimately returning more power to the people and the state of Michigan.

Hall’s House Joint Resolution E would enable Michigan to join fifteen other states that have already passed the Convention of States resolution to utilize the amendment process under Article V of the U.S. Constitution, to curtail federal spending, establish term limits in needed areas and rein in a federal government that has usurped its authority outside of constitutional bounds.

“My constituents have shared their deep concerns about federal overreach and the fact they do not believe the federal government is adequately addressing key issues important to them, our district, and our state,” Hall said. “Specifically, Michiganders are concerned about the size and scope of federal government, the unbridled amount of spending coming out of the current administration, and the fact that Washington, D.C. has lost touch with people across our communities.”

“I’ve heard from thousands of people across the district about the power that state legislatures have under Article V of the Constitution and that calling a convention of states is the only way to bring about meaningful change and deliver a more responsible, efficient form of government. I do know that Congress will never fix anything on their own. I look forward to the ongoing conversation to educate Michigan citizens about the Constitution, the role of federal and state governments and the intentions of America’s Founders.”

Article V of the Constitution was unanimously adopted on Sept. 15, 1787 and gives power to the states through their legislatures to convene and propose amendments to the Constitution. A total of 34 states – roughly two-thirds of the country – are needed to call a convention and 38 are needed to ratify any changes that are proposed.

In 2018, the Convention of States Project conducted a poll in Michigan to gauge support and 64% of Michigan voters favored using constitutional amendments through the Article V process to limit federal power, with 71% supporting term limits on members of Congress and/or federal judges.

Currently, 15 states have formally approved Convention of States applications for limiting the power and jurisdiction of the federal government, enacting term limits on federal legislators and judges, and limiting where taxpayer dollars can be spent. Currently, 25 additional Michigan legislators have co-sponsored his proposal.

“There is sizable support for this,” Hall said. “I am looking forward to elevating a constitutional discussion in our state that returns the rightful power back to our people in Michigan. This is a peaceful and constitutional way for people and states to make their voices heard.”

State Rep. Matt Hall, of Marshall, today helped advance reformative measures which work to restore confidence and create a clearer procedure for elections in the state. The plans, Senate Bills 303-04 and 5007, establish voter identification requirements. Presenting an ID in order to cast a vote is a concept supported by 80 percent of the […]

A proposal from state Rep. Matt Hall better protecting senior citizens and other potentially vulnerable populations throughout the state has been signed into law by Gov. Gretchen Whitmer.

State Rep. Matt Hall, of Marshall, recently voted to advance impactful election reforms through the Michigan House – protecting the integrity of the state’s elections system. House Bill 4132, sponsored by state Rep. Pauline Wendzel, of Watervliet, states that a person who knowingly fills out and submits an absentee voter ballot application containing another person’s […]

Rep. Hall steps up for small businesses after re-opening announcement from Gov. Whitmer