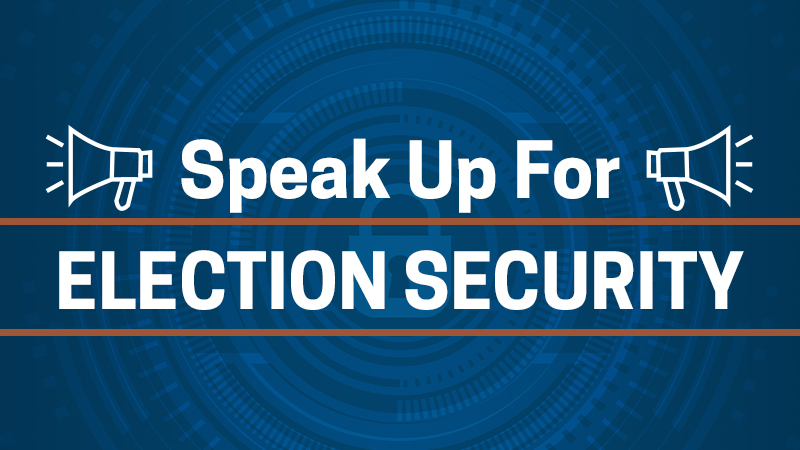 Representative encourages residents to speak up about proposed changes

State Rep. Ann Bollin, chair of the House Elections and Ethics Committee, today announced an opportunity for residents to voice their opinion about new election procedures proposed by the Michigan Secretary of State.

The Bureau of Elections has submitted three new rules for public review that would weaken signature matching standards and place onerous new requirements on city and township officials who are untrained in campaign finance laws.

Bollin said residents can fill out an online form to submit comments that will be sent to the Secretary of State prior to its Oct. 1 public hearing on the proposed rules.

“Secretary Benson is pushing ideas that weaken some of the most important election security safeguards we have in place in order to promote her own political agenda,” said Bollin, of Brighton Township. “Your voice matters, and there’s only a short public comment period to make sure the Secretary of State hears your concerns. I encourage anyone who is concerned about our elections to visit this website and submit your comments.”

Currently, local clerks are responsible for verifying physical signatures on absent voter applications and ballots. The proposed rules would allow people applying for an absentee ballot online to use the stored digital signature on file with the Secretary of State or upload their own versioninstead of providing an original ink signature that officials can rely upon to verify an absentee ballot is being mailed to the person eligible to receive that ballot. SOS Benson’s previous direction was turned down by the courts.

Another new rule would require election officials to presume a voter’s signature is valid instead of enabling clerks to verify the voter’s identity by comparing the signature on an absentee ballot to the one on file.

“Signature verification is an essential part of preventing fraud in our elections,” Bollin said. “Weakening this safeguard will make our entire system more vulnerable.”

The final rule would create a new process for disqualifying candidates based upon certain information on their affidavit of identity. City and township clerks do not have training with Michigan’s Campaign Finance Act since campaign finance reports are filed with the Secretary of State’s office or a county clerk’s office, yet this rule would call upon them to find and review files to determine whether a candidate should be disqualified.

“Many campaign finance reports are not available online and would require county, township, and city staff to manually search records across the state,” Bollin said. “Having to review potentially thousands of campaign finance records will be a major undertaking that will increase costs and cause delays for clerks’ offices that are already understaffed.”

Worst of all, Bollin said candidates who have their affidavit of identity disqualified under the new rule cannot reverse the disqualification by filing a correct affidavit, even before the filing deadline.

Residents with concerns should visit https://gophouse.org/posts/protectmielections to provide feedback on the rules before Oct. 1.

RELATED POSTS
Rep. Bollin: Governor ‘says one thing, does another’ when it comes to tax relief

State Rep. Ann Bollin today issued the following statement about proposals to cut taxes for the people of Michigan:

State Rep. Ann Bollin of Brighton Township said the new state budget signed by the governor today was carefully crafted by the Legislature to focus on paying down debt, limiting long-term liabilities, and leaving room for billions of dollars in potential tax relief.