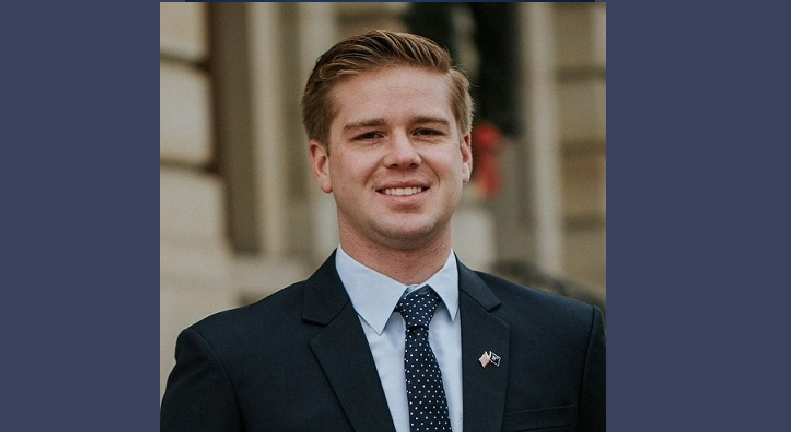 LANSING – State Representative Andrew Beeler (R-Port Huron) has been named Vice Chair of the House Military, Veterans and Homeland Security Committee for the current legislative term. He was also chosen to serve on the Health Policy, Tax Policy and Education committees.

Prior to his election to the House, Beeler spent five years as a Surface Warfare Officer in the United States Navy and was awarded the Navy Commendation Medal for his service aboard the USS Decatur (DDG 73). Prior to receiving his commission, he attended the US Naval Academy in Annapolis, Maryland.

“As a veteran, I understand the sacrifices our military heroes and their families make for their communities and country,” Beeler said. “It’s an honor to be in a position to help our returning service members get the benefits they deserve.”

Rep. Beeler made it clear that he was “very excited” with the committee assignments announced earlier today.

“I am very excited that Speaker Wentworth and the House leadership team have given me this opportunity to fight for the taxpayers of Michigan,” Beeler continued. “I look forward to working for Michigan’s students, developing a coherent strategy to the COVID-19 response and giving taxpayers a voice in the legislative process.”

Beeler is in his first term representing the 83rd House District, encompassing all of Sanilac County and parts of St. Clair County, including Port Huron.

Rep. Beeler talks about House passage Wednesday of his HB 4345, which prohibits insurance companies from penalizing Michigan consumers when they purchase cheaper prescription drugs from out-of-network providers. Rep. Beeler’s legislation was part of a larger package of healthcare cost reform bills approved by the House on Wednesday.

One year ago today, we began seeing rolling shutdowns across the state. Since then we have learned more about this virus and how to be safe and smart for both public health and our economy. I am working to allow business owners and families to make risk decisions for themselves, and I hope you will […]

State Representative Andrew Beeler (R-Port Huron) today announced he has joined nine of his colleagues to form the Michigan House Taxpayer Protection Caucus. The caucus is open to any State Representative who has signed the Taxpayer Protection Pledge made famous by Americans for Tax Reform founder and president Grover Norquist. After careful deliberation, Americans for […]