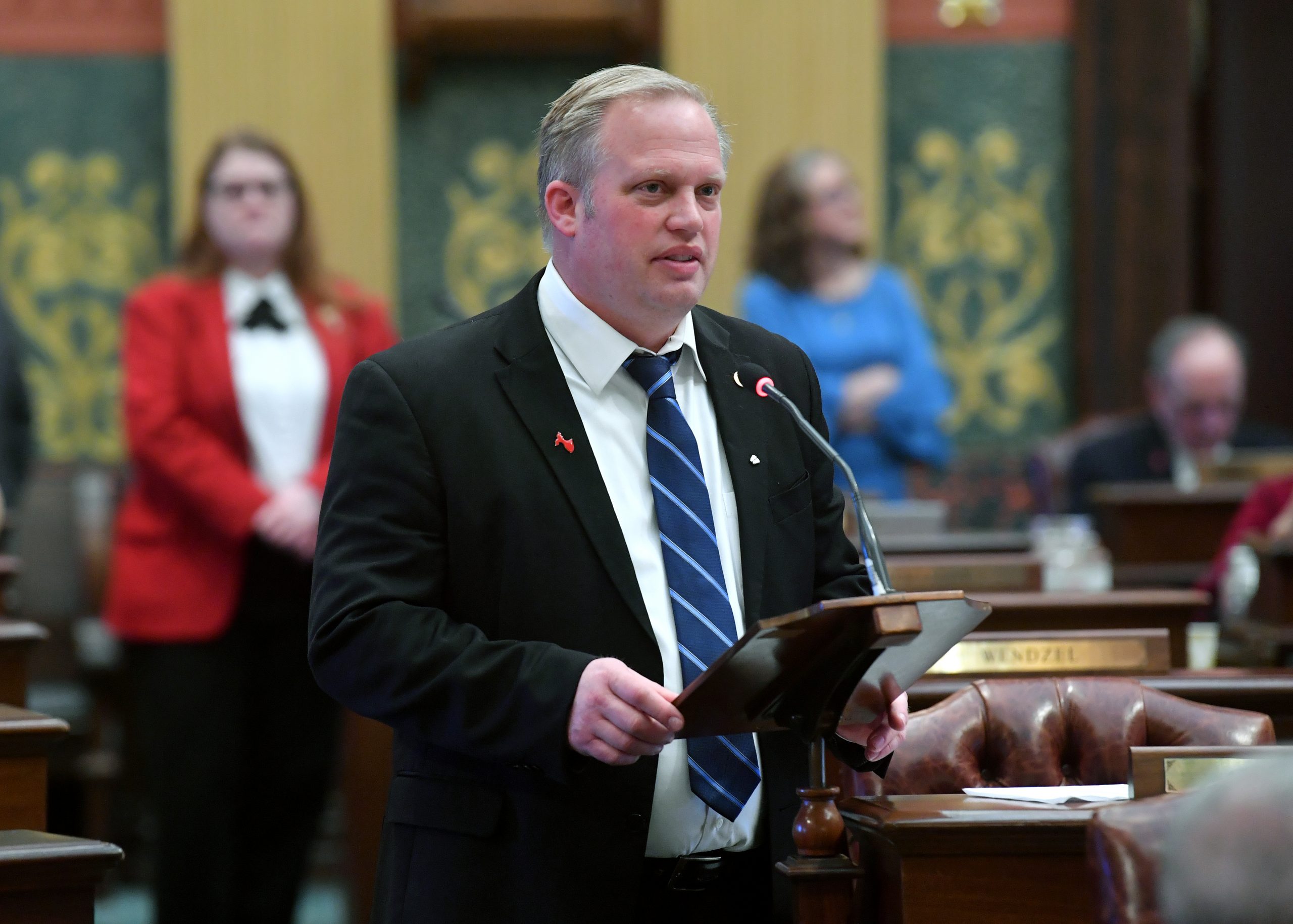 The Michigan House today approved state Rep. Luke Meerman’s plan to require the audio recording of every meeting of a state licensing board, state commission panel or state rule-making board.

Under the state’s Open Meetings Act, the right to attend a public meeting includes the right to tape-record, videotape, broadcast live on radio and telecast live on television the proceedings of a public body at the public meeting. A board may establish reasonable regulations governing the recording to minimize any disruption to the hearing, but it may not prohibit such coverage. The act does not, however, require the recording of a meeting of a public body that is a state licensing board, commission panel, or rule-making board.

sound in any of the following formats:

The plan now moves to the Senate for further consideration.

State Rep. Luke Meerman (R-Coopersville) voted on Wednesday to eliminate a mandate recently put in place by the unelected Natural Resources Commission (NRC) that could result in criminal penalties for deer hunters who fail to comply.

State Rep. Luke Meerman (R-Coopersville) joined the Michigan Legislature in approving a bipartisan budget that supports key public services, such as law enforcement and road improvements while paying down debt.

Rep. Meerman, one of the co-chairs of the Michigan House School Safety Task Force, talks about the recommendations of the panel, including plans to create a special commission to improve the mental health of school-age students and hire additional staff who are dedicated to ensuring school safety.