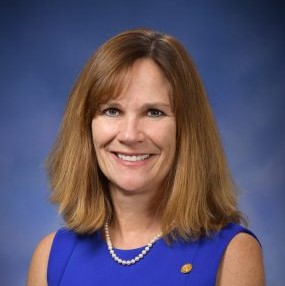 A plan backed by state Rep. Mary Whiteford to end the policy requiring all 17-year-olds to be treated as adults in Michigan’s criminal justice system is on its way to the governor’s desk.

Whiteford, who helped sponsor the plan alongside a bipartisan group of her colleagues, said Michigan is one of just four states still requiring all 17-year-olds to be prosecuted as adults – even those who commit the most minor offenses. She said eliminating this harmful practice will help rehabilitate young offenders and reduce the likelihood of them breaking the law again in the future.

“Putting 17-year-old kids in prison cells alongside adults does more harm than good,” said Whiteford, of Casco Township. “When young people are placed in the juvenile justice system, they have access to better resources to help them address their problems and turn their lives around.”

The plan backed by Whiteford would raise the age at which individuals are considered adults for the purposes of prosecuting and adjudicating criminal offenses, allowing 17-year-olds to be treated as minors in most circumstances beginning Oct. 1, 2021. Prosecutors will continue to have discretion, allowing them to waive minors who commit violent crimes into the adult system when appropriate.

The measure also includes a funding plan to ensure local communities do not incur any additional costs associated with keeping 17-year-old offenders in the juvenile system, which is administered at the local level. Funding was the key sticking point that halted similar reform efforts in the past.

Whiteford said the reform is expected to improve public safety and save public tax dollars over time. Connecticut, Illinois and Massachusetts are among the states that have experienced millions of dollars in savings and decreases in the number of reoffending youth after raising the age of juvenile court jurisdiction to 18.

The state House has approved Rep. Mary Whiteford’s plan to combat the serious shortage of psychiatric hospital beds in Michigan.

Whiteford spoke about federal and state legislative efforts to address human trafficking in law. She has personally spearheaded sweeping legislation to protect Michigan human trafficking survivors and help regain normalcy in their lives.

Rep. Whiteford: A safe, full reopening of the economy is needed to help Michiganders and protect public services

Rep. Mary Whiteford today said that while federal funding has helped balance the state budget, a safely and fully reopened Michigan economy is needed to protect essential services in the months ahead.