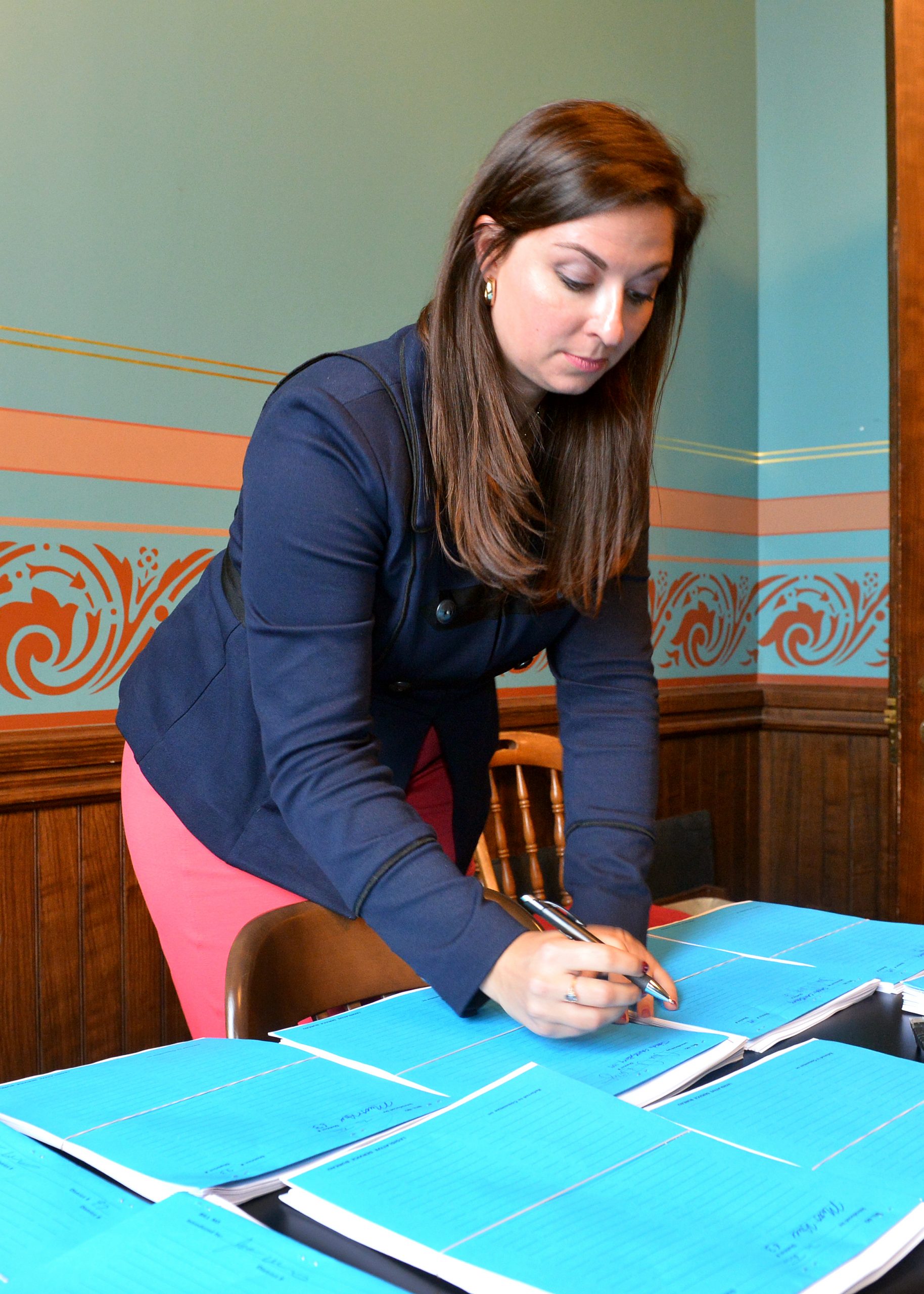 Initially unveiled at the Michigan Brewer’s Guild Winter Conference and Trade Show in early January, the legislation gained the support of Michigan brewers across the state as well as various other local and industry stakeholders.

“Representative Wendzel really understands small business,” said Dave Coyle of Arclight Brewery in Watervliet. “This bill gives small breweries like ours a chance to grow organically without imposing burdensome overhead at too early a stage.”

In addition to the Brewer’s Guild testifying in support of the legislation, Round Barn Brewery and Public House also put in a card supporting the package.

The main bill in the package, House Bill 5343, allows microbrewers to self-distribute up to 2,000 barrels of beer to a retailer or wholesaler annually. Any on-premises sales from a micro brewer’s taproom would not be included when calculating the 2,000 barrel limit. Additionally, the package gives more flexibility to beer festivals conducting licensed events, clarifies regulations surrounding the manufacturer and wholesaler relationship, reduces the frequency of when beer and wine taxes are paid from monthly to quarterly, and eliminates redundant product registration requirements.

“Craft brewing is a billion-dollar industry in Michigan providing nearly 10,000 jobs in communities throughout our state,” Rep. Wendzel said. “Our state sits near the top of every list as it relates to brewing, and I hope that this package will help create an even better environment that allows these small businesses to grow and thrive.  I want to thank my colleagues for supporting this legislation, and I look forward to seeing these bills signed into law.”  The legislation now advances to the Senate for consideration.

State Rep. Pauline Wendzel’s plan to provide financial relief to people whose businesses were shut down during the COVID-19 pandemic took a significant step forward today with approval from the Michigan House. Under Rep. Wendzel’s plan, a wide variety of occupations may seek prorated fee reimbursements if a business was closed because of a state […]

The Michigan House of Representatives passed State Rep. Pauline Wendzel’s amendment to end enhanced federal unemployment benefits in the state of Michigan. “The news out of the governor’s office today that all remaining COVID restrictions will be lifted is sincerely welcomed,” Rep. Wendzel said.  “After more than a year of shared sacrifice, normalcy is finally […]

Rep. Wendzel: Trolling with the Troops