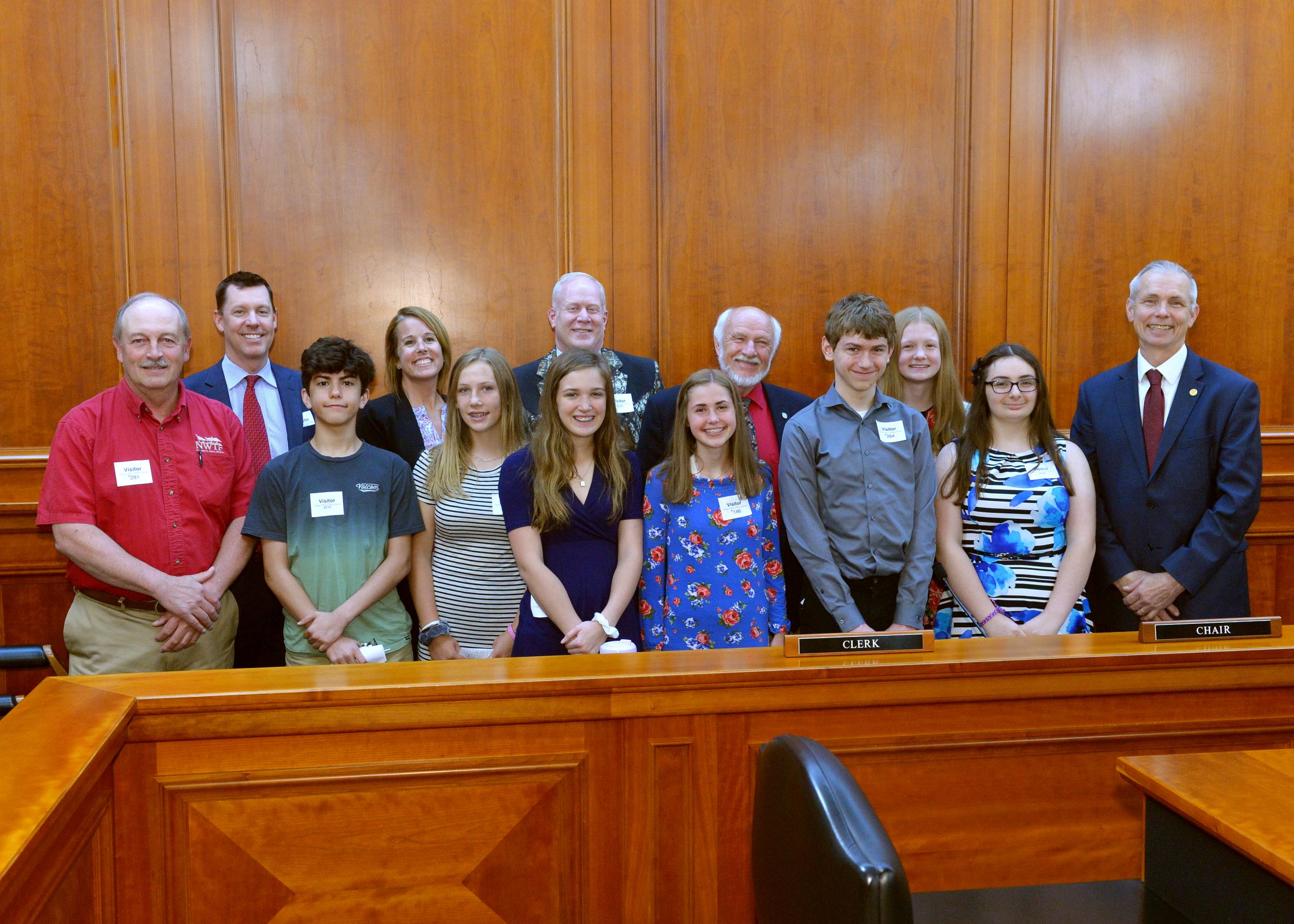 The group from Waldon Middle School were in Lansing to urge legislators to adopt the eastern wild turkey as the official game bird for the state of Michigan. Jon Gray, an eighth-grade science teacher at Waldon, developed an innovative way to ‘kill two birds with one stone’ that allowed the students to learn about aviary science and how state government works at the same time. He joined the students in front of committee members as they presented their arguments.

“I was proud to watch students from our community make their case in support of this bill and directly participate in our legislative process,” Reilly said. “They provided superb testimony that was well-communicated and researched to the members of the House Natural Resources & Outdoor Recreation Committee.”

If passed out of committee, House Bill 4589 would move to the House floor where the entire chamber would weigh in on its approval.

Roll Call Date Bill Number Vote Explanation 1 – 3* 01/11/17 NA I voted in favor of electing Tom Leonard the Speaker of the House, Lee Chatfield the Speaker Pro Tempore, and Gary Randall the Clerk of the House, each of whom was elected unanimously. They were unopposed when we had the vote, but I […]

Roll Call Date Bill Number Vote explanation 1 9-Jan HR 1 The new Legislature is in session! I proudly voted for Lee Chatfield for Speaker of the House, who was elected unanimously, in my first vote as a member of the historic one hundredth Legislature at Lansing. Representative Chatfield has been a tireless advocate for […]

Roll call Date Bill Number Vote Explanation 1 8-Jan HB 5008 I voted for House Bill 5008, which would make an exception to state law requiring the display of fire escape routes in prisons where the prisoners could see them and indeed prohibit it. We shouldn’t force our jails and prisons to post what essentially […]