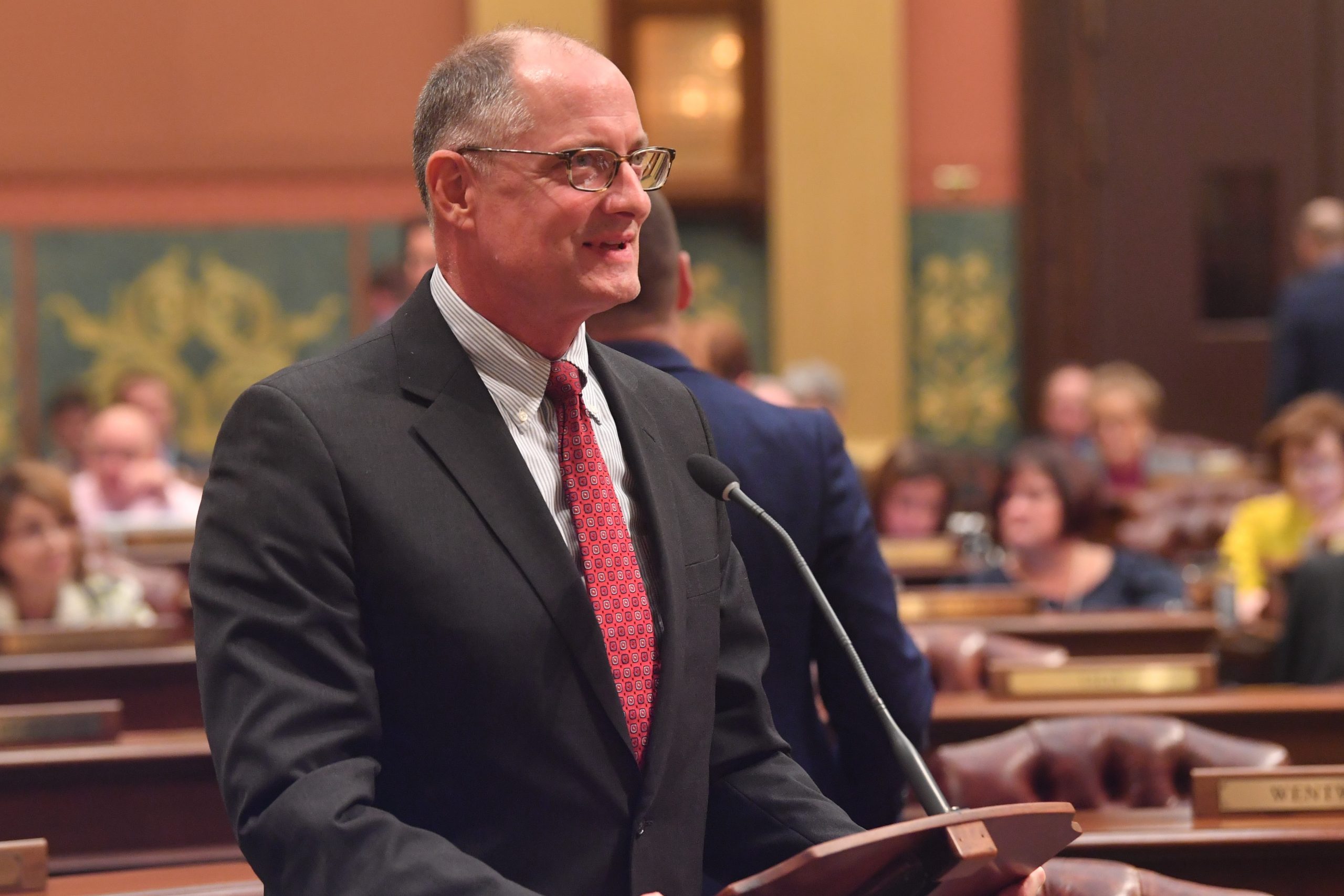 The bill package begins by ensuring all state taxes paid at the gas pump go to fixing roads, which is not currently the case. The measures would phase out the 6 percent sales tax drivers already pay on fuel purchases and replace it with an equivalent revenue-neutral fuel tax – generating approximately $800 million more per year for local roads statewide once fully phased in. The penny-for-penny exchange would be phased in over three years.
The measures address the local roads that were left behind when the governor recently bonded for $3.5 billion for interstates and state-owned highways in upcoming years.

“The governor’s bonding plan addresses state-owned roads, but in doing so, it shortchanges the local roads drivers travel every day,” Leutheuser said. “It’s critical that we get counties, cities and villages more support to maintain the roads that connect our driveways to highways. This legislation provides that support – without asking hardworking taxpayers for more money.”

Leutheuser’s commitment to increased investments in Michigan’s students will not be impacted by the new legislation. A built-in safeguard ensures Michigan’s $15 billion School Aid Fund would be kept whole, as the current sales tax revenue dedicated to schools from fuel purchases is statutorily replaced.

The bills – which will be formally read into the House record Thursday – will be referred to the House Appropriations Committee for consideration.

Michigan’s new state budget plan has sailed through the Legislature with bipartisan support and should soon be signed in state law, Rep. Eric Leutheuser of Hillsdale said.

For more than five months now, one person – Gov. Gretchen Whitmer – has held unprecedented and virtually unchecked power over the daily lives of 10 million people in Michigan. And there’s no end in sight – the governor shows no intention of giving up her unilateral power anytime soon, and won’t say if and when she will restore the representative form of government our state and nation are built upon

State Rep. Eric Leutheuser today announced the city of Bronson has been awarded a $1.3 million grant to assist with a much-needed sewer project and watermain replacement.

Rep. Eric Leutheuser has scheduled a tele-town hall for Monday, August 31st – an opportunity for the residents of Hillsdale and Branch counties to ask questions, provide feedback and get an update on important events at the state Capitol.