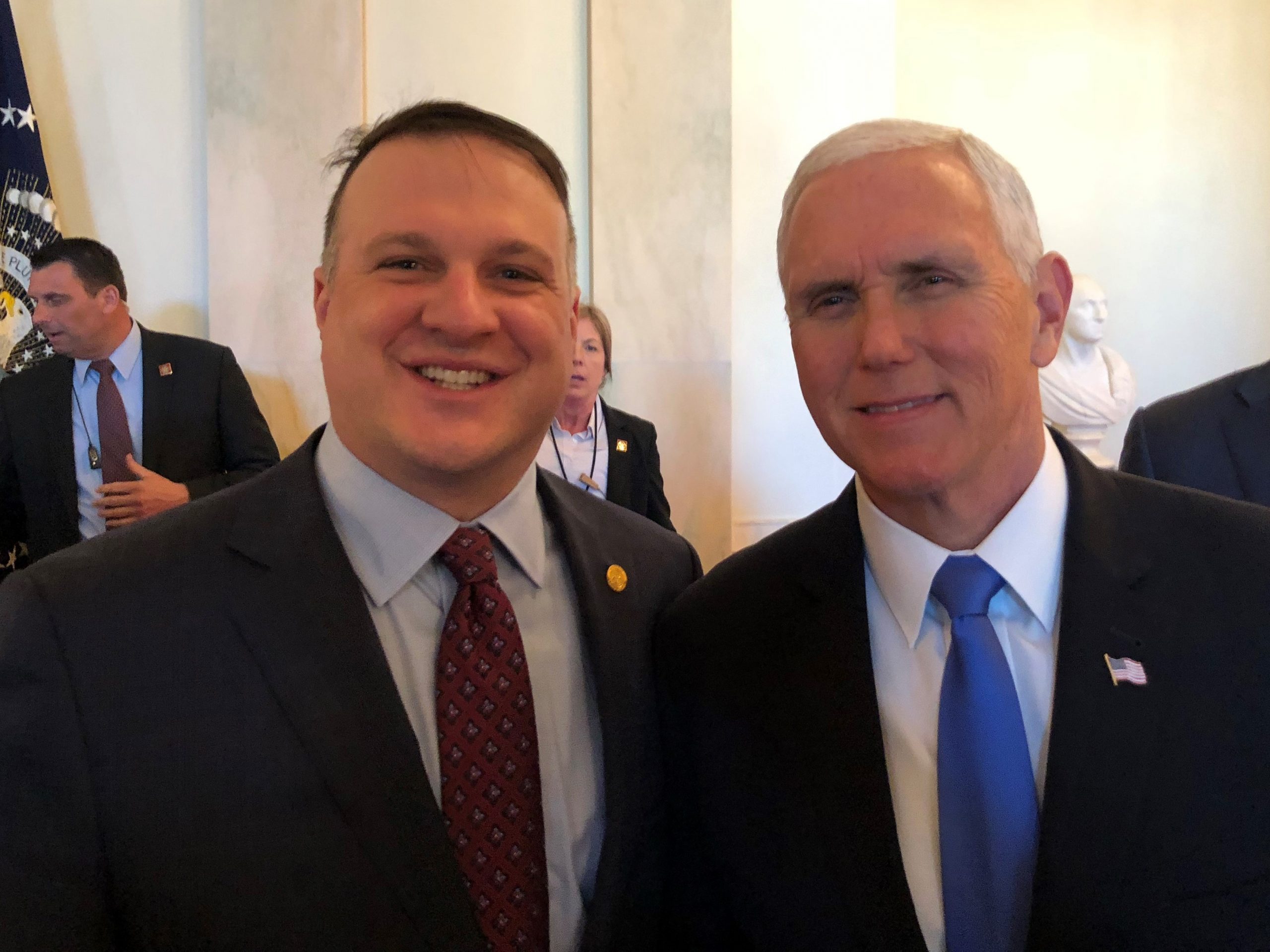 State Rep. Matt Hall today was on hand in Washington, D.C., as President Donald J. Trump and Chinese Vice Premier Liu He signed the Phase One trade agreement between the two countries.

Hall, of Marshall, said he was honored to be present for the historic event.

“For years, China has taken advantage of the United States with unfair trade barriers and practices that cost American jobs,” Hall said. “I am grateful President Trump has remained tough with China and negotiated an agreement that puts America first by rebalancing trade with China.

“This trade agreement is going to have a significant impact – especially on Michigan’s automotive and agricultural industries, two of our biggest jobs providers,” Hall continued. “The deal will offer more certainty and stability to Michigan farmers and help manufacturers who rely on Chinese purchases and exports.”

More information on the agreement is available here.

State Rep. Matt Hall is shown with Vice President Mike Pence after President Trump signed a new trade agreement between the U.S. and China. They discussed the impact the agreement will have on the automotive and agricultural industries in Michigan.

A plan from state Rep. Matt Hall offering needed transparency for investigations into the state’s child welfare system was overwhelmingly approved today by the Michigan Senate.