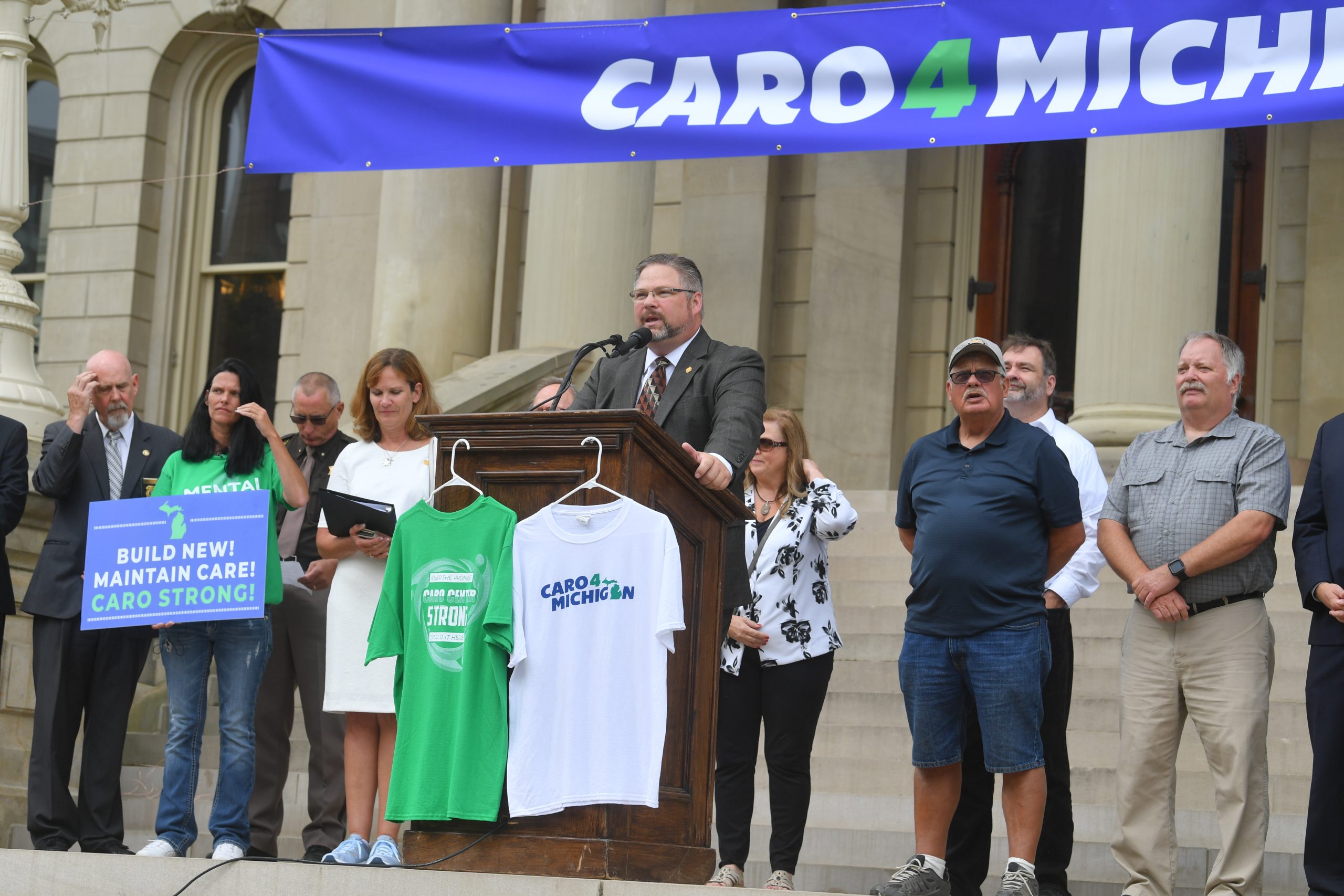 State Rep. Phil Green today kicked off a rally on the Capitol steps in Lansing to support Tuscola County’s Caro Center and urge the executive administration to build a new facility on its grounds, a promise made to the community two years ago.

In his opening statement, Green reinforced the desperate need Michigan has for improved mental health care for its most vulnerable people.

“It’s our job as legislators and as Christians to defend those who cannot defend themselves, and that applies to our mentally ill population,” said Green, of Millington. “We will not stop standing up for the patients and staff members of Caro.”

Rep. Green continues to participate in conversations with the governor’s administration and DHHS regarding funding and rebuilding of the Caro Center.

PHOTO: State Rep. Phil Green, of Millington, addresses supporters on the Capitol lawn during the Caro4Michigan Rally on Tuesday.

Two of Rep. Phil Green’s major initiatives to help the Thumb – teacher retention and improved rural broadband – will receive additional resources through a budget plan approved by the Michigan Legislature.