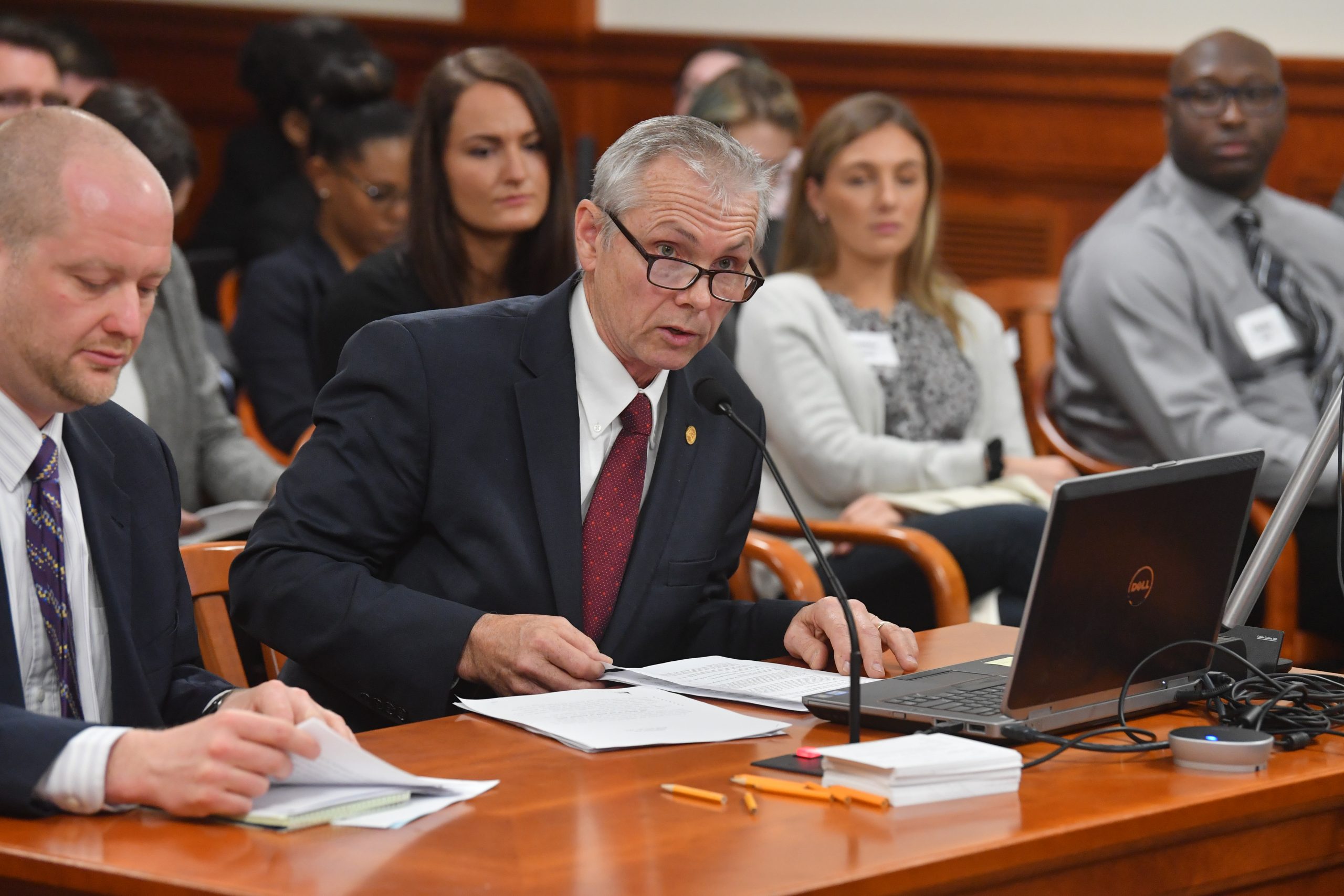 The legislation is responding to numerous violations of students’ First Amendment rights across several of the state’s public colleges and universities.

“The state’s public colleges and universities have the responsibility to uphold the constitutional rights of students and the community on campus grounds,” said Reilly, of Oakland Township. “Right now, students at multiple universities live under speech policies that infringe on their rights to free speech and assembly. Due to some schools’ ongoing unwillingness to ensure their rights, the Legislature must do so.”

Reilly pointed to the 1989 federal lawsuit Doe v University of Michigan, where the University of Michigan lost the suit over its policy on discrimination and discriminatory harassment to John Doe, a graduate student concerned that his publishing his research into differences among genders would violate the policy. The court ruled that the university prohibiting language said to be “stigmatizing or victimizing’ of various protected groups was overly broad and “swept within its scope a significant of [speech] which is unquestionably protected speech under the First Amendment. Yet today, the University of Michigan is entangled in another federal lawsuit related to its Bias Response Team, which collects reports of “bias” on campus. Speech First, an organization of students, citizens and alumni advocating for free speech on college campuses is challenging the constitutionality of the university’s panel.

House Bill 4435 prohibits public colleges from quarantining free speech to designated “free speech zones.” Reilly noted that in 2018, Kellogg Community College settled for an undisclosed amount after students were arrested, put in handcuffs and jailed for seven hours for distributing copies of the United States Constitution on campus. It was official university policy that infringed on students’ rights to free speech.

“All public colleges—which are supposed to be ‘marketplaces of ideas’—have the duty to protect and promote the First Amendment’s guarantee of free speech,” Reilly said. “Not to mention that it’s the taxpayers footing the bill for avoidable legal battles. The Legislature not only has the authority but the duty to protect free speech rights of its citizens and shield its taxpayers from unnecessary financial liability arising from lawsuits to resolve unconstitutional campus policies.”

Reilly’s second measure, House Bill 4436, requires speech policies of Michigan’s public universities to be consistent with the First Amendment as determined by the courts.

“Universities having failed to comply with the courts’ guidance, the duty falls upon the Legislature to establish a framework for speech policies that protect the civil liberties of students and student organizations at public colleges receiving taxpayer money,” Reilly said. “Our state’s universities are supposed to be incubators of diverse viewpoints and role models of public engagement. Anything short of that is shameful.”

Typically, Michigan’s taxpayer-funded universities are able to operate autonomously of the Legislature under an operational autonomy agreement. However this agreement has certain limits. A Michigan 1999 Supreme Court ruling in Federated Publications v MSU Bd of Trustees found that the Legislature can exercise its police power over public universities in order to protect the public welfare.

Following the hearing, Reilly disputed the testimony of Kellogg Community College, whose officials repeatedly stated that the individuals arrested on campus for distributing literature were not students.

Reilly noted the sworn testimony of Alliance Defending Freedom in its case against the college, which noted that one of the individuals was an enrolled student before and after her arrest, was merely taking a semester off, and was treated as a student when they arrested her for violating the Code of Conduct for Students which obviously applies to students. Another party to the incident was an enrolled student taking courses at the time.

“For KCC officials to claim that ‘none of the individuals arrested and put in handcuffs were students’ was a transparent attempt to mislead the Oversight Committee,” Reilly stated in a follow-up letter to committee colleagues submitted for the record.  “They treated Mrs. Gregoire as a student and admitted Mr. Withers was one.”

Both measures remain in the House Oversight Committee for further consideration.