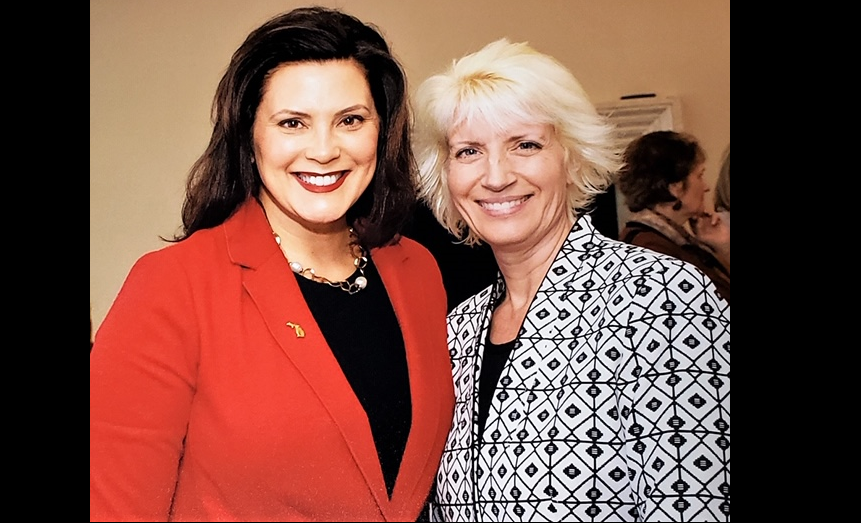 Rep. Annette Glenn, R-Midland, Monday thanked the Legislature and Gov. Gretchen Whitmer for approving her proposal to allocate $6 million in state disaster relief funding to assist Midland County and the village of Sanford in responding to catastrophic flood damage that followed the Edenville and Sanford dam failures.

“On behalf of thousands of flood victims in Midland and Sanford, I deeply appreciate the near-unanimous bipartisan support for this disaster relief funding from legislators on both sides of the aisle and from the governor,” Glenn said. “Working together to help each other, we’ll recover. And together, we’ll rebuild.”

The funding proposed by Glenn, who serves as chair of the House Appropriations Subcommittee on Military and Veterans Affairs and State Police, was approved by the Legislature this month with a 106-3 vote in the House and a 37-0 vote in the Senate. The governor signed the bill last week.

Earlier this month, Glenn added the funding proposal as an amendment to a broader spending bill introduced by Sen. Jim Stamas, R-Midland, chairman of the Senate Appropriations Committee.

Glenn also thanked Stamas for his leadership in support of her proposed funding after it passed the House. She said she worked to secure the disaster relief after seeing firsthand the destruction caused to homes, businesses, roads, parks, and other infrastructure in Midland and Sanford, where 11,000 residents were evacuated from their homes and businesses due to flood waters. Glenn also organized teams of volunteers to assist flood victims with clean-up efforts.

“I was humbled and honored to work with Sen. Stamas to represent and fight for the people of Midland County impacted by the flooding,” Glenn said. “So many in our communities have stepped up to help their neighbors, but it was obvious from day one that additional funding would be necessary to help us move forward, recover, and rebuild from this crisis.”

She said the funding signed into law by the governor will be used for debris removal, emergency protective measures, erosion mitigation, and stormwater collection systems.

“This legislation is one small part of the action needed for us to keep moving forward,” Glenn said. “We’re all in this together, and together, we’ll recover and rebuild, stronger than before.”

Rep. Glenn says she’ll work again this term on legislation to create a State Employee Ombudsman to receive and refer whistleblower complaints from state employees. Similar legislation died in the Michigan Senate last term and Rep. Glenn argues a whistleblower law would have been beneficial in the Flint water crisis.

Rep. Glenn sworn in for second term in Michigan House

Rep. Annette Glenn of Midland was sworn in today for a second term in the Michigan Legislature.