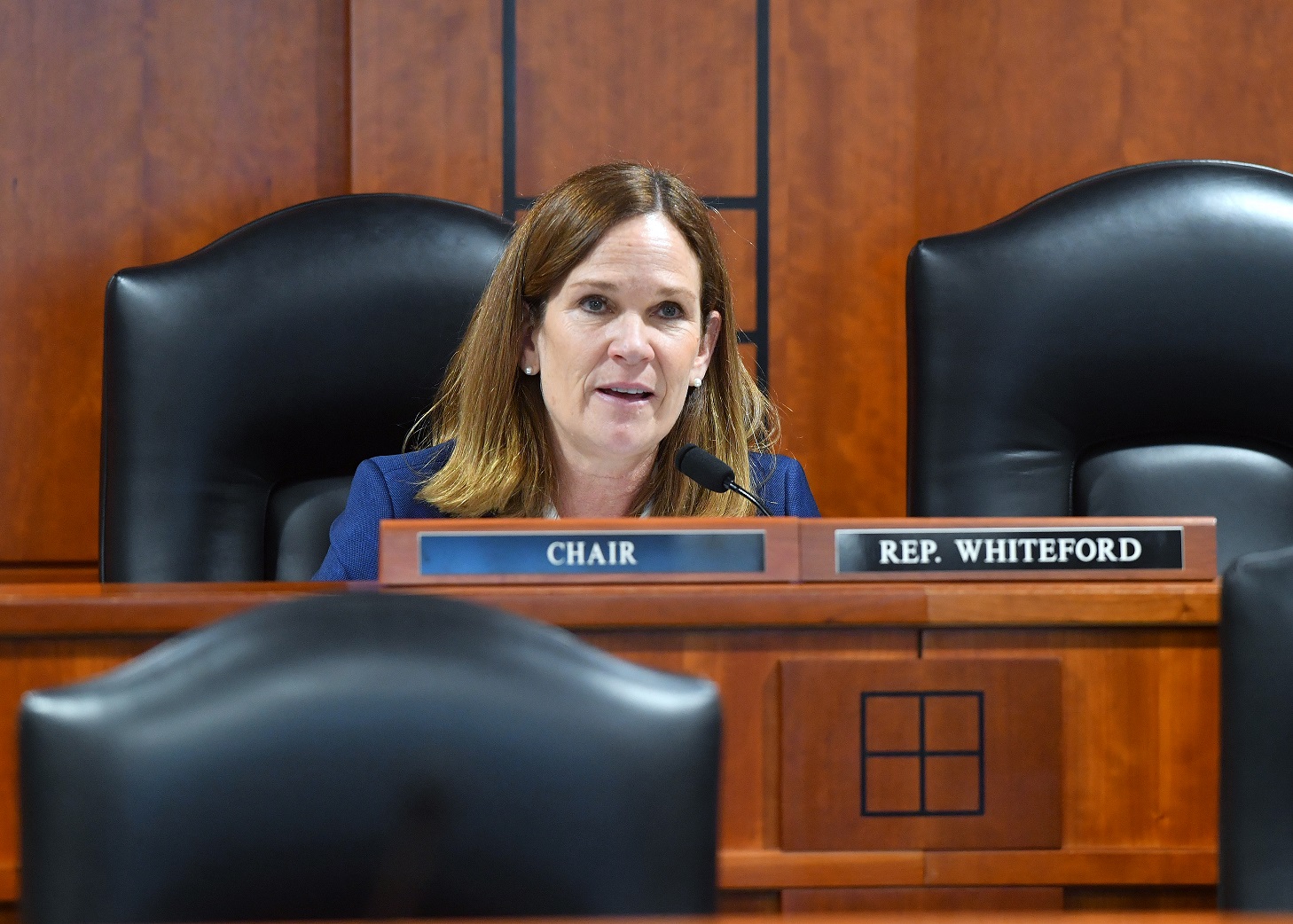 State Rep. Mary Whiteford today announced a sweeping bipartisan plan to support survivors of human trafficking and help them rebuild their lives after escaping their captors.

Whiteford, of Allegan County’s Casco Township, said the legislation was inspired by testimony she heard from survivors and others during a hearing she hosted as chair of the House Appropriations Subcommittee on Health and Human Services.

“Survivors of human trafficking are incredibly strong and resilient, but as we heard today, rebuilding their lives is extremely difficult,” Whiteford said. “State law must be updated to help empower women, children and men who escape from sex and labor trafficking, so they can move forward from their harmful past and go on to lead successful lives.”

The bipartisan plan would:

“Human trafficking is not a faraway problem, survivors and victims walk among us here in Michigan every day,” Whiteford said. “There are vulnerable women, children and men being exploited, or who have recently escaped exploitation, right here in our local communities. We have an opportunity to ensure that innocent survivors are not penalized under Michigan law.”

The plan, House Bills 4091-4113, has been referred to the House Judiciary Committee for consideration.

State Rep. Mary Whiteford, chair of the House Health and Human Services Budget Subcommittee, today announced the launch of the Michigan Crisis and Action Line, with the rollout beginning in Oakland County and the Upper Peninsula. Whiteford introduced the legislation that created the hotline and has overseen its development for years.

Rep. Whiteford talks about her new, bi-partisan legislation, that she will co-sponsor with Dearborn Democrat Rep. Abdullah Hammoud, that will ban the billboard advertising of marijuana products. Rep. Whiteford says a similar ban on billboard tobacco advertising has been in place for decades.

Rep. Whiteford, who chairs the House Appropriations Subcommittee building the $31 billion budget for the Michigan Department of Health and Human Services for the 2022 Fiscal Year, says the spending plan is seeing a significant infusion of federal dollars while continuing to serve as the state’s safety net.

Rep. Whiteford talks about passage this week of House Bill 4359, which expands the scope of practice for Certified Registered Nurse Anesthetists to improve patient access to safe anesthesia services. The legislation was part of a bipartisan package of health care reform legislation.