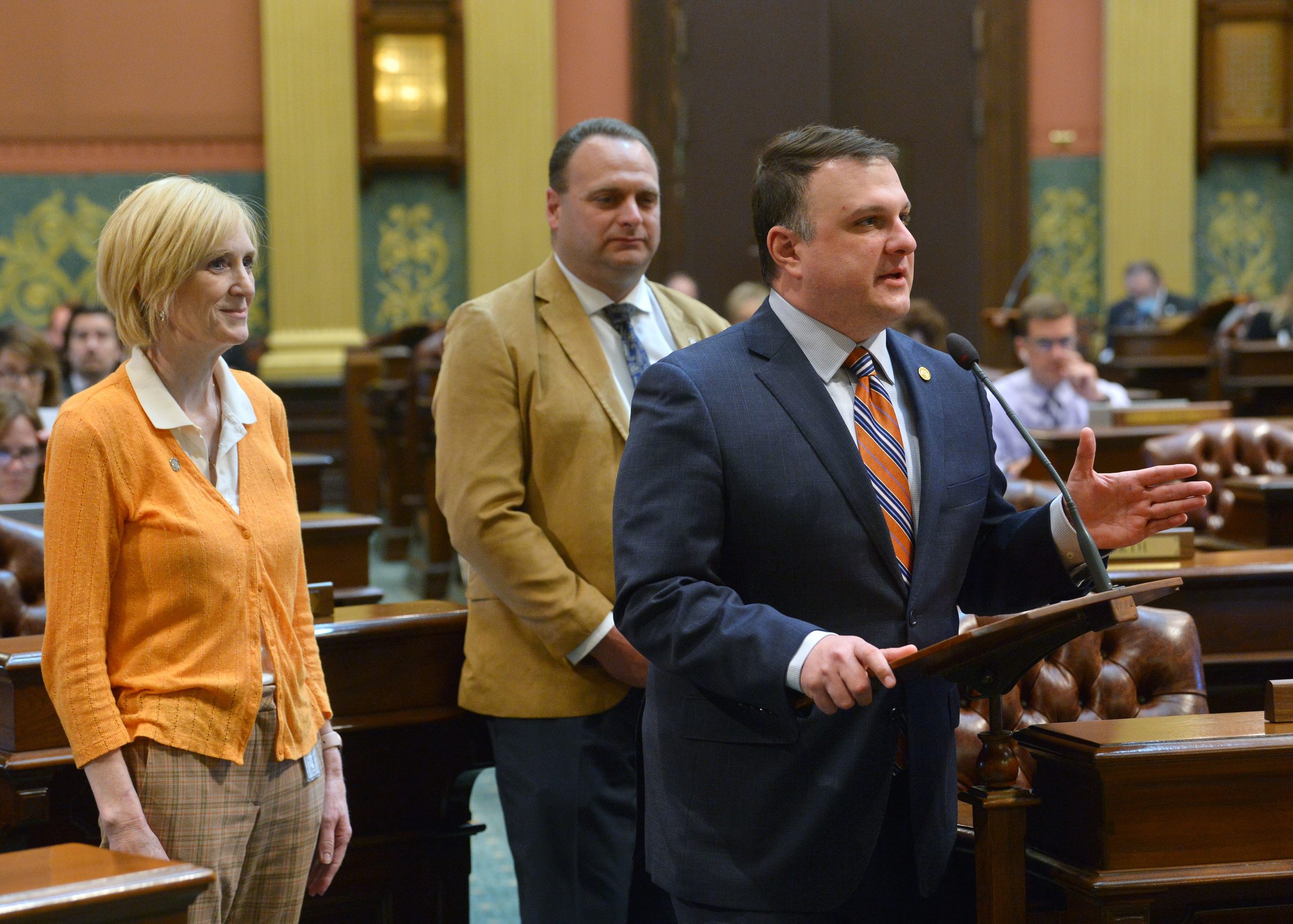 A plan from state Rep. Matt Hall offering needed transparency for investigations into the state’s child welfare system was overwhelmingly approved today by the Michigan Senate.

Hall has taken a leading role to protect children through his work on the legislation. The first-term lawmaker chairs the House Oversight Committee, which has worked through several reforms after a series of audits over the past two years raised concerns about the state system and how specific issues are addressed.

House Bill 5248 increases transparency and accountability by requiring the Office of Children’s Ombudsman (OCO) to publicly release findings and recommendations related to a child abuse or death investigation within 30 days of a case’s closure date and with confidential information redacted.

The OCO was created to independently investigate complaints involving children in the child welfare system – which includes Children’s Protective Services, foster care, juvenile justice and adoption – and is required by law to independently investigate the death of any child whose family has had prior contact with the child welfare system in the previous two years.

The OCO is tasked with determining whether Children’s Protective Service caseworkers followed law and protocol or could have intervened differently to better protect a child. The office also can look into complaints submitted by the public regarding the agency’s treatment of children who have been abused or neglected.

“We must ensure accountability and transparency in this process,” said Hall, of Marshall. “Currently, the public can’t find out about what was found in these investigations except in a few instances. We can’t make improvements to the child welfare system if we don’t know what the cause of death is for children whose well-being has been charged to the state.”

The OCO has supported the proposal as it has moved through legislative committees and a unanimous vote of approval in the House. HB 5248 will now be reviewed by the governor.

PHOTO INFORMATION: State Rep. Matt Hall (at podium), of Marshall, speaks on HB 5248 during a Michigan House session on June 3. The proposal offers needed transparency for investigations into the state’s child welfare system.

With the scheduled end of extra federal unemployment benefits soon approaching, state Rep. Matt Hall today highlighted good opportunities available for prospective workers and a sorely needed solution for many small-business owners. “I have talked to many small-business owners throughout Calhoun and Kalamazoo counties and they have had tremendous difficulty filling jobs and remaining fully […]

State Rep. Matt Hall, of Marshall, has been honored for being a strong and consistent conservative leader on issues in the Michigan House. The American Conservative Union Federation released rankings for legislators who have exemplified strong conservative values. Through those rankings, Hall was recognized with the Conservative Excellence Award – the federation’s highest award available […]