Unlock Michigan’s initiative repeals a 1945 law used by the governor to issue emergency orders without legislative approval in the early months of the pandemic. The Michigan Supreme Court ruled last fall that the law was unconstitutional, but it was only a 4-3 decision and could be overturned with a new court in the future. Repealing the law was necessary to ensure this doesn’t happen.

“Governor Whitmer failed Michiganders by refusing to open the state and shed her unilateral, overreaching powers,” said Rep. Wozniak. “The people of Michigan have used their voice to kickstart a grassroots effort that, after today, will have successfully worked to rein in the governor’s unchecked authority. The Unlock Michigan petition shows how important the voice of voters is and also how important the separation of powers is to a functioning government. I was proud to unlock Michigan and repeal this unconstitutional law.”

In October 2020, Unlock Michigan submitted more than 460,000 valid signatures for a petition to repeal the 1945 law regarding executive powers for governors. The required number of signatures to validate a petition is approximately 340,000. Procedural delays by the Secretary of State and partisan deadlock by the State Board of Canvassers prevented the Legislature from voting on this initiative until now.

With the petition now approved by both chambers of the Michigan Legislature, the governor cannot stop the repeal from taking place in early 2022. 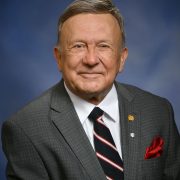 Rep. Douglas Wozniak has been appointed to serve on four of 21 House policy committees for the 2023-24 legislative session. Among those four appointments are two as the minority vice-chair on two influential committees in which he intends to continue working to protect Michigan’s growing senior population and fight for Michigan workers and job providers.

State Rep. Douglas Wozniak, at right, today took the ceremonial oath of office as a state representative in the Michigan House. Clerk Gary Randall administered the oath in the state Capitol in Lansing.