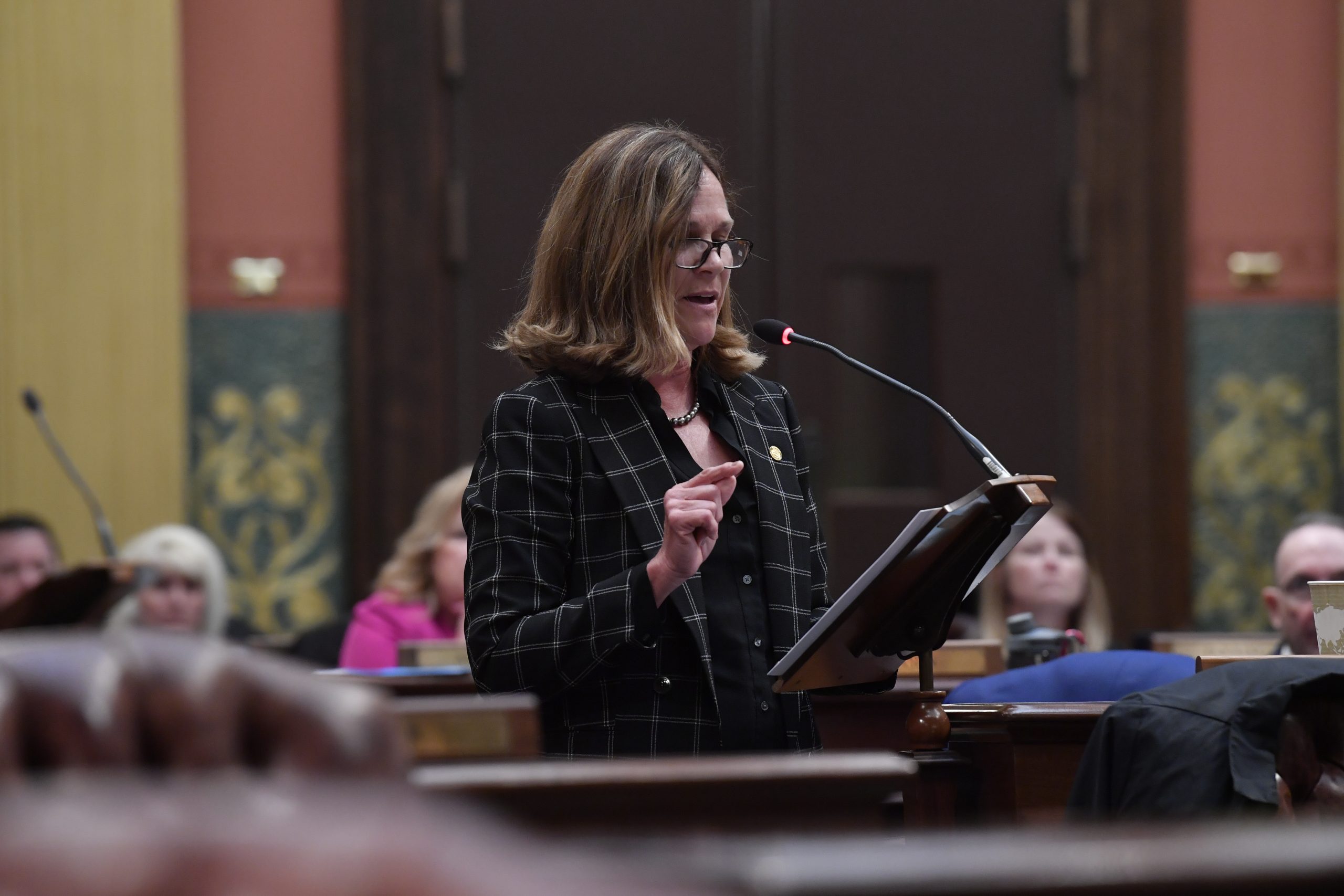 Rep. Whiteford delivers a speech on the House floor Wednesday to urge support for her plan to expand the Right to Try Act to include COVID-19.

“As chair of the Health and Human Services budget committee for the past two terms, and chair of the Adoption and Foster Care Task Force this term, I spent four years pushing the governor’s administration to improve residential support for our state’s most vulnerable children. For four years, those requests fell on deaf ears. Not once did I hear a word from the governor’s office about this issue. She even went so far as to veto our attempt to establish a state Foster Care Improvement Commission just this month.

“Now, as we near Election Day, the governor has finally decided to address this issue in a blatant attempt at pandering for votes. The truth is that the governor doesn’t care about what our kids need – she cares about getting what she needs to gain reelection.

“While I’m pleased to see progress finally being made, using the fate of displaced kids in our child welfare system as a pawn in her political game is despicable, and this progress is long overdue.”

Rep. Mary Whiteford has been nominated for House Legislator of the Year by Michigan Information and Research Service (MIRS), an independent news outlet that provides nonpartisan coverage of Michigan government.

The Michigan House, led by Appropriations Committee Chair Mary Whiteford, today approved a budget supplemental that will help Michigan communities remain competitive in the modern economy and bring new jobs to the state.

Rep. Whiteford talks about her appointment Wednesday as Chair of the House Appropriations Committee for the balance of 2022. Rep. Whiteford, who has chaired the Health and Human Services Appropriation Subcommittee, says she will work to be an effective gatekeeper for taxpayer dollars.