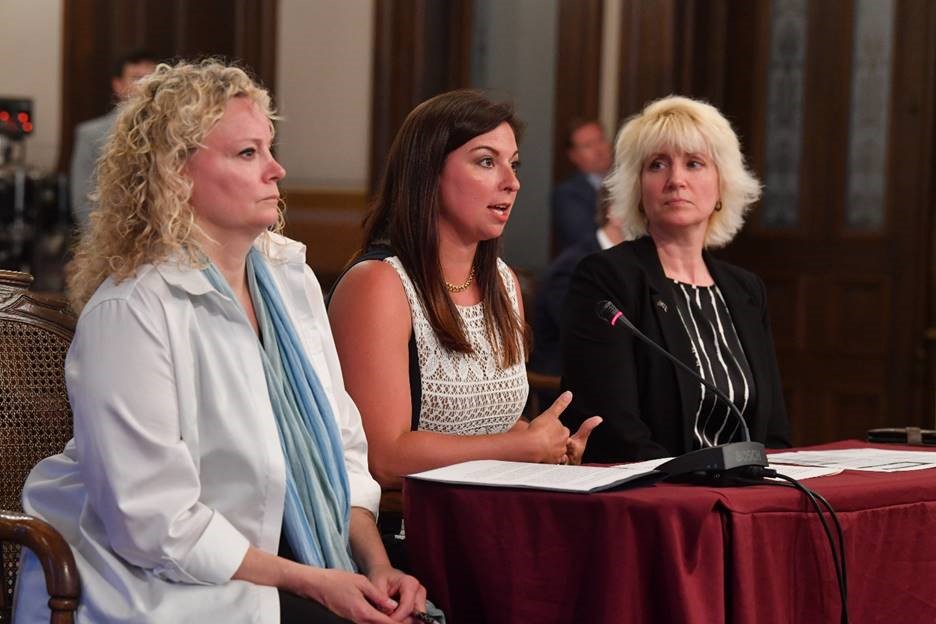 State Rep. Pauline Wendzel today testified on behalf of her plan that will reimburse job providers and individuals who paid business license fees while shut down during the COVID-19 pandemic.

The measures would allow a wide variety of occupations to seek prorated fee reimbursements if a business was closed because of a state mandate and suffered a financial loss in 2020. Reimbursements could be sought for healthcare licenses, skilled trade licenses, food service and liquor licenses, and numerous other occupational licenses.

“Michigan residents pay the state fees to hold their licenses so they can earn a living,” Rep. Wendzel said.  “I fundamentally have a problem with the government forcing you to pay for something the same government says you can’t use.  It’s wrong, and this legislation corrects that. It’s a small but significant step toward helping small businesses and Michigan’s professional license holders.”

“We greatly appreciate Rep. Wendzel for spearheading this bill package and for infusing some fairness back into how our state government treats its business community,” said Arthur Havlicek, President & CEO of the Southwest Michigan Regional Chamber. “License holders should not be forced to pay fees on services the government prohibited them from providing and our Chamber will remain vocal advocates of this legislation until the businesses it seeks to assist are made whole.”

“The Michigan Licensed Beverage Association applauds Rep. Wendzel for taking the initiative and working with us to help get some relief to our state’s struggling bars and restaurants,” said Scott Ellis, Executive Director of the MLBA, which represents around 2,000 bars and restaurants in Michigan. “The majority of bars and restaurants were closed for a good portion of last year and were unable to take advantage of the license fees they paid last year. And at the time it was introduced, nobody had any idea how long this pandemic was going to last or how badly the hospitality industry was going to be crushed. Our bars and restaurants need all the help they can get moving forward as the economy and society slowly shifts back to normal.”