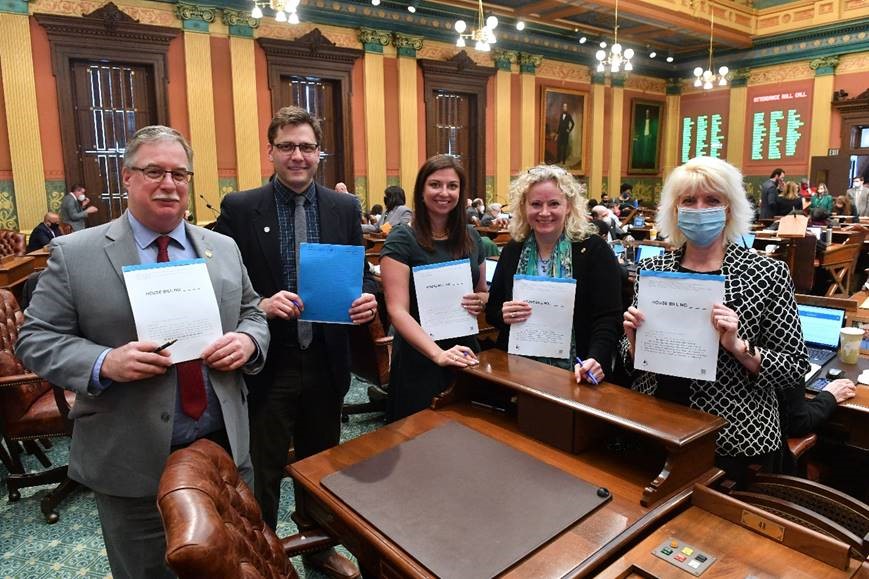 Rep. Pauline Wendzel today led the introduction of a plan that would reimburse job providers and individuals for business license fees who were shut down during the COVID-19 pandemic.

The measures would allow a wide variety of occupations to seek prorated fee reimbursements if a business was closed because of a state mandate and suffered a financial loss in 2020. Reimbursements could be sought for healthcare licenses, skilled trade licenses, food service and liquor licenses, and numerous other occupational licenses.

“We must do everything we can to help Michigan recover from the COVID-19 pandemic – and that includes helping small businesses bounce back from the economic devastation that was worsened by the governor’s shutdown orders,” said Wendzel of Watervliet.  “These hardworking Michigan residents are required to hold licenses to earn a living in our state – and they must pay fees to receive them.  It simply isn’t fair for the state to require payment for a license that the state doesn’t let you use.”

“In no way does reimbursing a portion of fees make up for the hardships suffered by these Michiganders and their families,” Wendzel said. “But it’s our job as a legislature to help how we can – and this is one way we can help Michigan’s license holders who were forced out of their jobs through no fault of their own.”

Wendzel’s legislation – House Bill 4557 – deals specifically with liquor license fee reimbursements. Other Republican legislators sponsor other parts of Rep. Wendzel’s package, which will officially be read into the House record early next week.

LANSING, MI – State Rep. Pauline Wendzel and Kristin Wier, the Clinical Director of the Logan Center in Benton Harbor, testified this morning on behalf of legislation that would help ensure children with autism continue to receive vital services without interruption. “This redundant procedure hurts children waiting to receive care because they compete with everyone […]