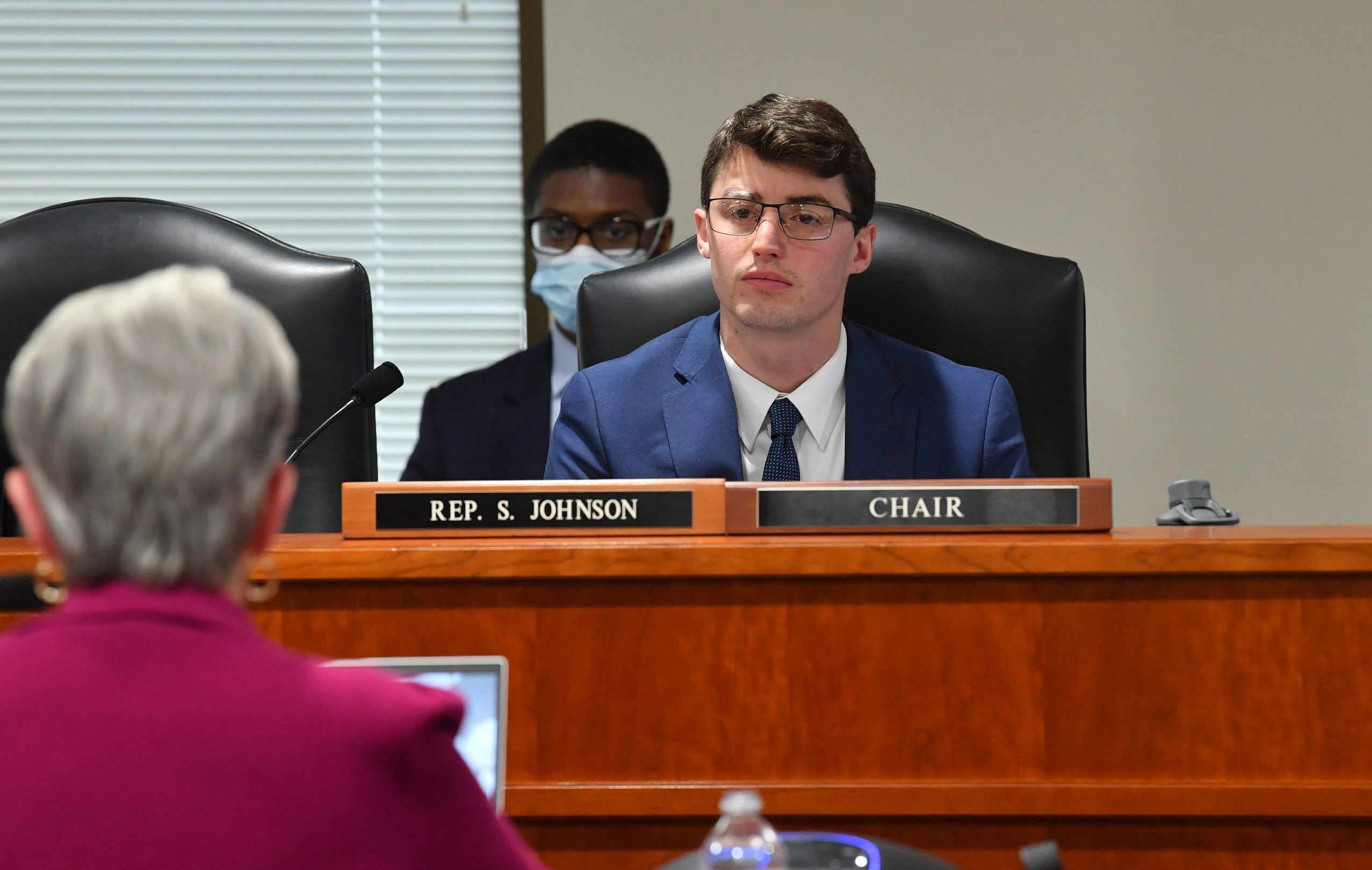 Rep. Pat Outman, vice chair of the Michigan House Oversight Committee, today presided over and heard testimony from several concerned citizens who favor a plan to prohibit Michigan government entities from mandating the use of COVID-19 vaccine passports.

“The purpose of this legislation is simple: to protect the constitutional rights of Michiganders,” said Rep. Outman. “Vaccine passports are not some far-off, futuristic hypothetical scenario. They are very much an existing or imminent reality in familiar and nearby places like New York and Canada. This legislation preemptively addresses and prohibits further division and discrimination between people who have been vaccinated and those who exercise their personal freedoms by choosing not to do so.”

“We are not alone in viewing the idea of vaccine passports as a threat,” said Rep Outman. “Our friends in Arizona, Florida, and Idaho, just to name a few, have banned this sinister attack on medical privacy that continues to be disguised as a benign act of public safety. Cybersecurity issues are also a very real concern. The bottom line is that a vaccine passport creates more vulnerabilities by stripping citizens of their rights and exposing them to even more technological risk. Although the state of Michigan does not currently have plans to move forward with a passport program, I believe this bill prudently prevents further government overreach.”

HIPAA Journal reports that between 2009 and 2020, health-care data breaches have affected more than 81% of Americans. Those breaches resulted in the loss, theft, exposure, or impermissible disclosure of more than 268 million health-care records.

House Bill 4667 pertains specifically to government entities in the state of Michigan and does not aim to prohibit private businesses from utilizing similar tools.

The bill remains under consideration in the House Oversight Committee.

State Rep. Pat Outman today spoke out against a proposal that would open an emergency overflow facility for illegal immigrant children in Alma. Outman says it is appalling that President Biden has been unwilling to solve this ongoing border crisis that has allowed hundreds of thousands of migrants and unaccompanied minors to flow into our country.