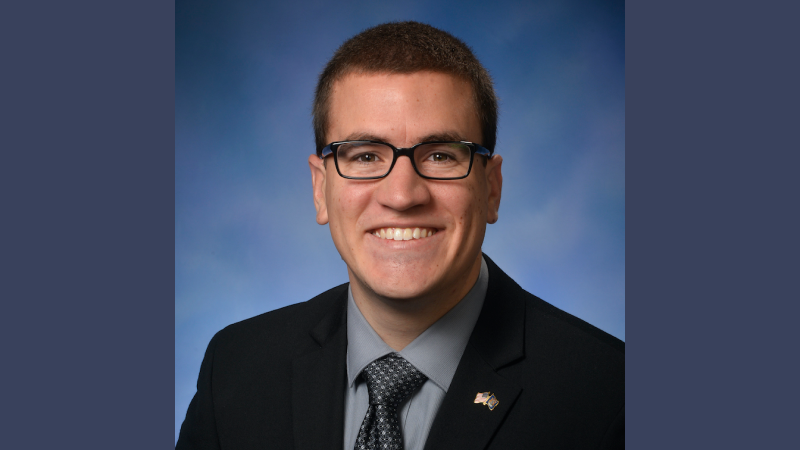 “Requiring masks for competing athletes across the board is senseless. I would like to know what data the governor believes supports the notion that masks are necessary in athletics, especially to protect those competing in sports where athletes are already physically distanced from one another, such as golf, tennis, or cross country.

“These athletes will not benefit in any way from wearing a mask. given that the masks are going to get soaked and become useless. I also question why sports that are played outdoors should require a mask. Kids playing soccer in their neighborhood parks aren’t required to wear masks, but students playing in a school soccer league are.  Where does that make any sense?”

“Michigan schools and their governing bodies for athletics should be allowed to do the commonsense thing and enforce a mask requirement and any other precautions only when it is necessary and logical to keep student athletes safe. They’re the experts. This mandate, like so many others by our governor, is politically motivated and not made in the best interest of Michigan’s young people whatsoever.”

Rep. Aaron Miller today voted in favor of funding to help Michigan distribute the COVID-19 vaccine and boost testing while helping those whose livelihoods have been disrupted by the virus and economic shutdowns.

Rep. Miller, the Chair of the House Appropriations School Aid Subcommittee, speaks on the House floor Wednesday afternoon, prior to final passage of the state’s $15.5 billion budget for the state’s 2020-2021 school year. Rep. Miller says the budget, which passed with bipartisan support, is about protecting funding.

State Rep. Aaron Miller today supported a plan to rectify the governor’s fatal error that contributed to the COVID-related deaths of nearly 2,000 nursing home residents. The mandate to put COVID-19 patients into long-term care facilities alongside uninfected residents was decided by the governor alone, without any legislative input. “What Gov. Whitmer’s nursing home policy […]