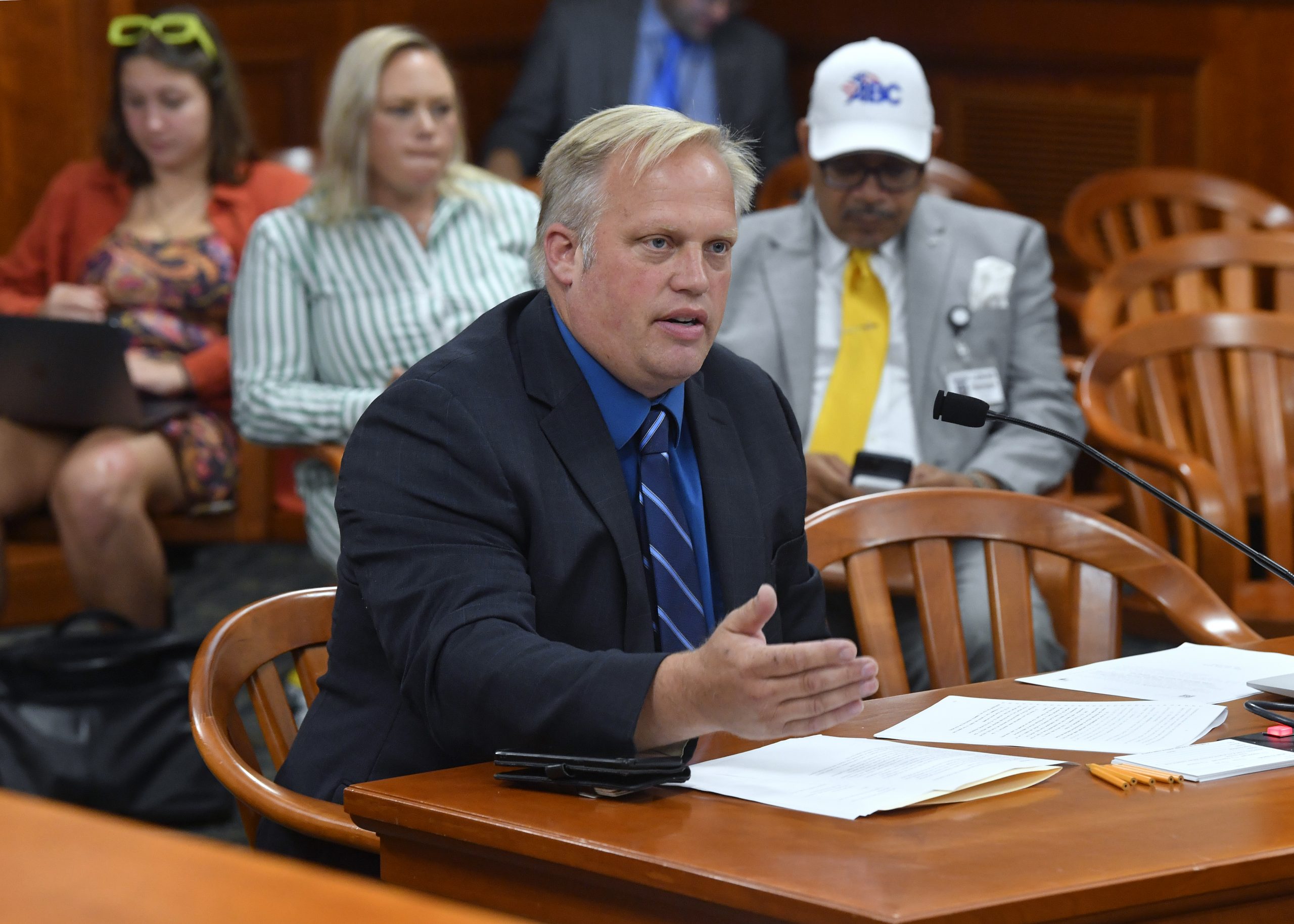 State Rep. Luke Meerman (R-Coopersville) testified before the House Judiciary Committee this week on his plan to eliminate the practice of a one-man grand jury in Michigan.

Michigan is one of only three states that codify the use of a one-person grand jury. In such juries, a single appointed judge reviews evidence out of public view and decides on charges.

Using one-man grand juries also changes the way evidence is turned over to defense attorneys and delays their ability to cross-examine witnesses. Those charged with a crime by a one-man jury do not have the opportunity to hear the evidence that was used to bring charges against them.

Meerman said this practice is inconsistent with the principles of a fair and impartial court proceedings.

“Keeping defendants in the dark about the evidence that will be used against them, gives the prosecution a tremendous unfair advantage,” Meerman said. “The one-man jury tool is rarely used, and only dusted off when a prosecution seeks to strategically deny the defendant the opportunity to challenge the evidence before heading to trial. It’s time to remove this practice from Michigan law.”

Meerman’s plan, House Bill 5473, remains under consideration by the committee.