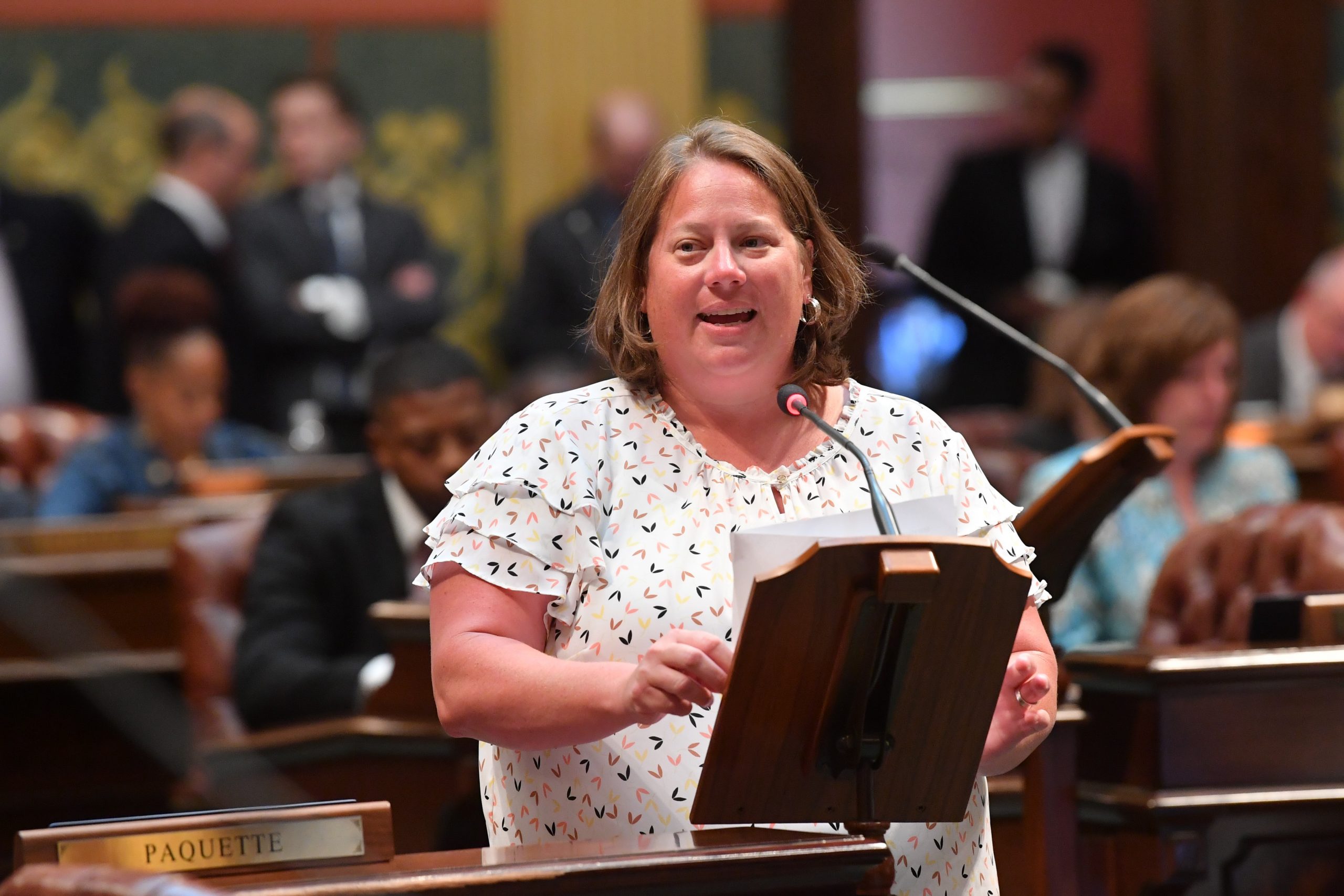 State Rep. Sarah Lightner gives a speech urging her colleagues in the House to support the adoption of the citizen-driven Unlock Michigan initiative.

State Rep. Sarah Lightner and the Michigan House today approved the Unlock Michigan citizens’ initiative to repeal the unconstitutional state law Gov. Gretchen Whitmer used to hold unilateral power over the people of Michigan during the early portion of the COVID-19 pandemic.

“The people of Michigan and the Supreme Court have spoken, and I am listening. This was an unconstitutional law that didn’t have a place on our books,” Lightner said. “The people of Michigan deserve a government with leaders who listen to residents and work together to solve problems. I’m making it a priority to make sure our state is never again in a position where one person can grab power and make unilateral decisions for an indefinite amount of time.”

Even before the Supreme Court decision was issued, concerned citizens started the Unlock Michigan petition to repeal the EPGA, submitting more than half a million signatures in October. After several delays, the initiative finally reached the Legislature this month.

Today’s vote in the House had bipartisan support.

“This isn’t a partisan issue,” Lightner said. “Removing an unconstitutional law from the books is the right thing to do to make sure there’s no unnecessary confusion in the future.”

Now that both the House and Senate have approved the measure, the law will be repealed.

State Rep. Sarah Lightner and other members of the Michigan Task Force on Juvenile Justice Reform today released their recommendations to provide better outcomes for young people in the criminal justice system and improve public safety.