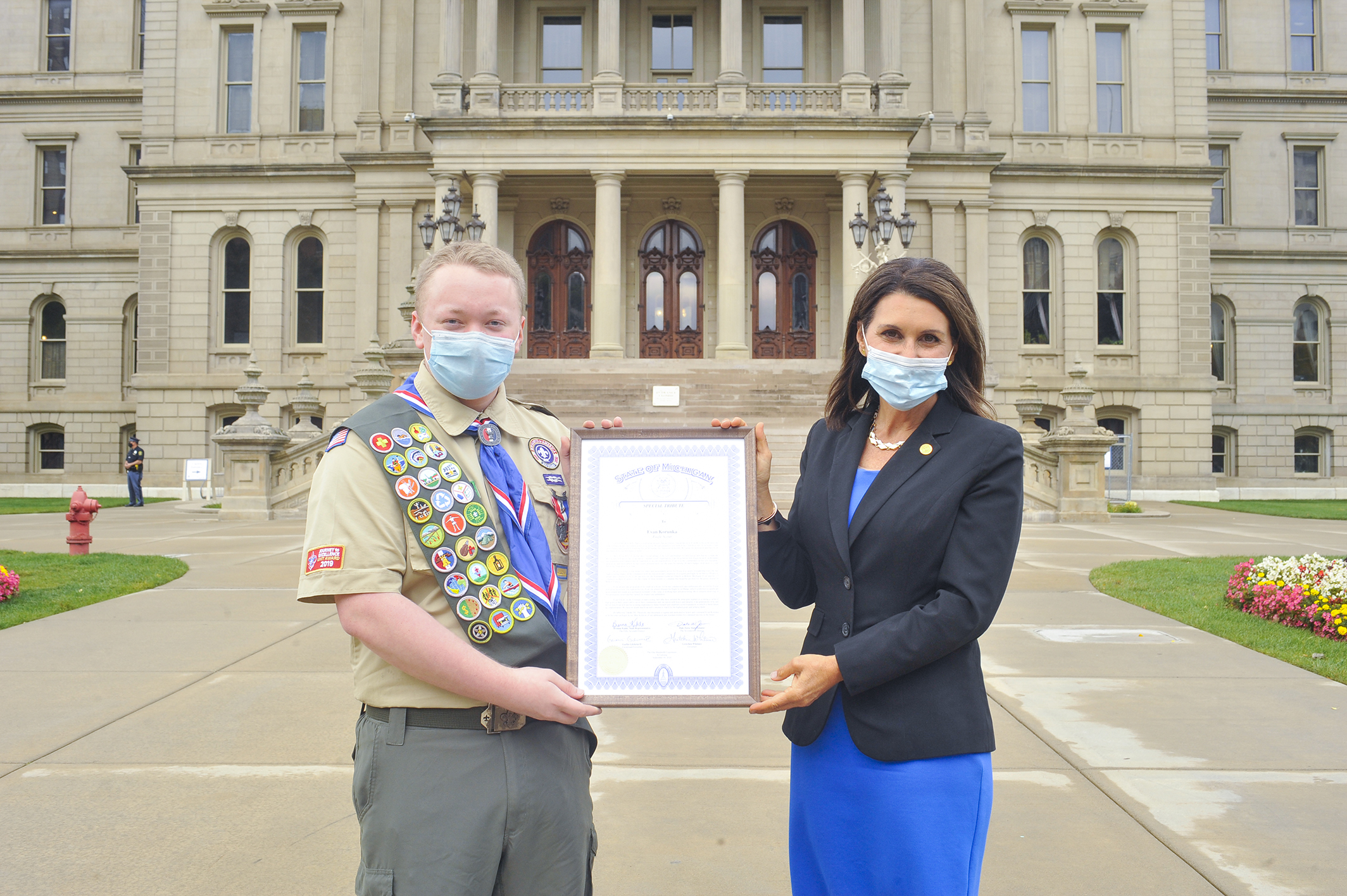 The tribute honors Korunka for becoming an Eagle Scout, which is the highest achievement within the Boy Scouts. The tribute states: “Evan follows in the footsteps of many young men who have utilized the principles learned in scouting to achieve high goals in their careers and to serve their communities and our nation with honor and integrity. Like generations of Scouts before him, Evan will use his scouting experience to better himself and establish a solid foundation on which to build future accomplishments.”

“The governor and the Legislature can and should work together – always – to protect lives and livelihoods during this pandemic,” said Kahle, of Adrian. “These measures approved by the House will keep people safer, protect our most vulnerable, and better connect every citizen with their elected leaders at every level of state and local government. It’s strong action toward the continued safe, sensible reopening of Lenawee County and the entire state.”

This column written by Rep. Bronna Kahle was published by The Detroit News on Sept. 19: We must take the steps necessary to reopen Michigan safely and sensibly as we continue to cope with COVID-19. That shouldn’t be up for argument. The health of our families, friends and neighbors — and our economy — depends […]