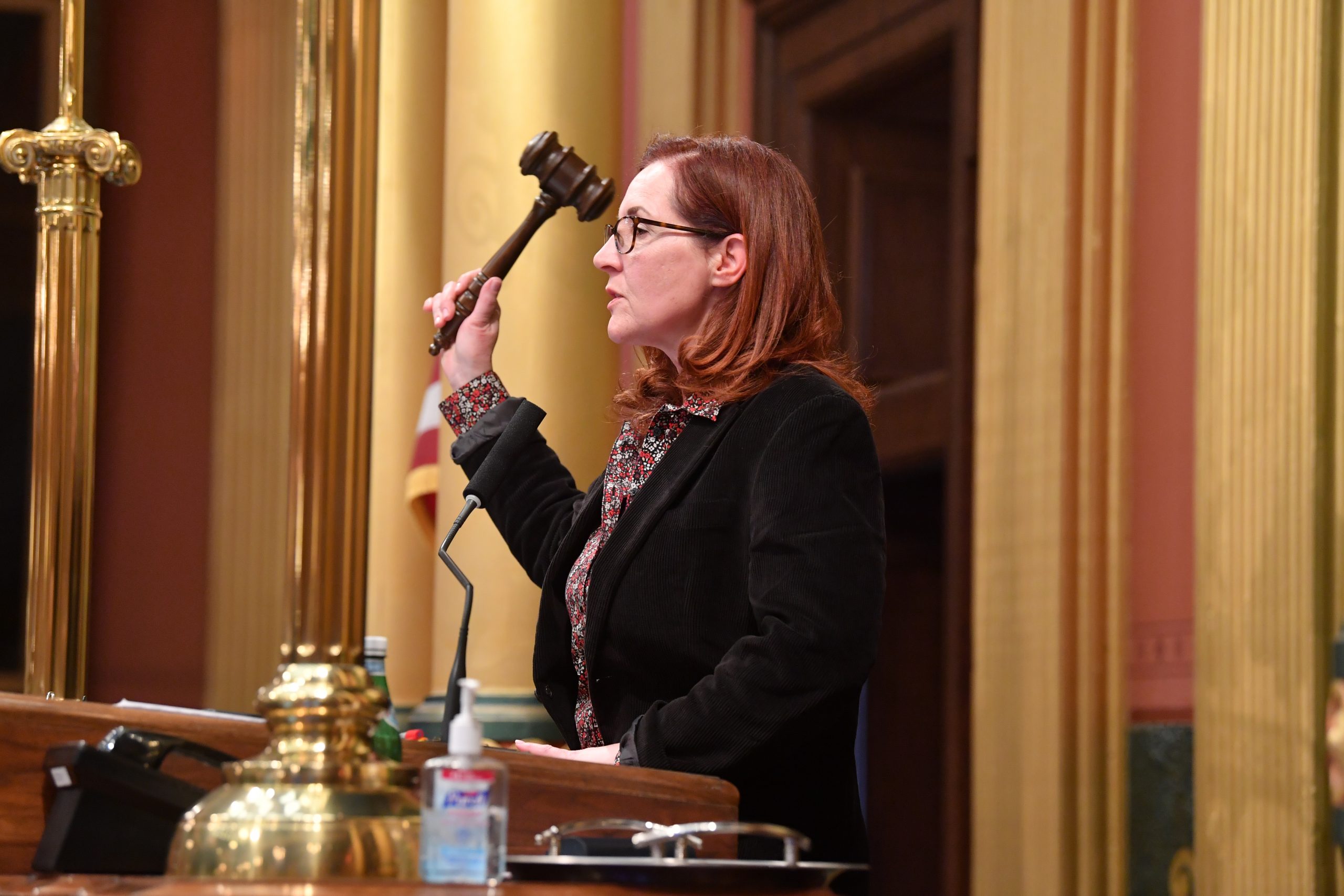 State Rep. Pamela Hornberger on Thursday led the Michigan House in approving her plan to require state legislators to abstain from voting on any bill that could personally benefit them or their families.

Hornberger, a member of the House’s leadership team, said the plan is part of a larger effort to strengthen ethical standards for all levels of state government.

“I’m on a mission to rid our state government of the political games that the people of Macomb County tell me they are sick and tired of hearing about,” said Hornberger, of Chesterfield Township. “Upping our ethical standards and expressly prohibiting conflicts of interest is a crucial step we must take to force elected officials to become more accountable to the people they represent.”

Hornberger’s measure, House Bill 4001, would prohibit a state legislator from voting on a measure if the legislator has a personal or professional interest in the proposal. Prohibited conflicts of interest would include any interest that would directly or indirectly provide a substantial financial benefit to the legislator or an immediate family member, if the interest affects the legislator to a greater extent than other similarly situated individuals.

Representatives and senators who willfully decline to recuse themselves from a vote as required would be subject to disciplinary action by the House or Senate, respectively.

The House approved HB 4001 with overwhelming bipartisan support. It now advances to the Senate for further consideration.

State Rep. Pamela Hornberger, of Chesterfield Township, is calling on the state’s Unemployment Insurance Agency to provide an explanation after a review letter from the federal government revealed problems in how UIA has operated.

State Rep. Pamela Hornberger, of Chesterfield Township, released the following statement after Gov. Gretchen Whitmer vetoed her legislation that would have allowed students enrolled in Strict Discipline Academies (SDA) to continue their education: