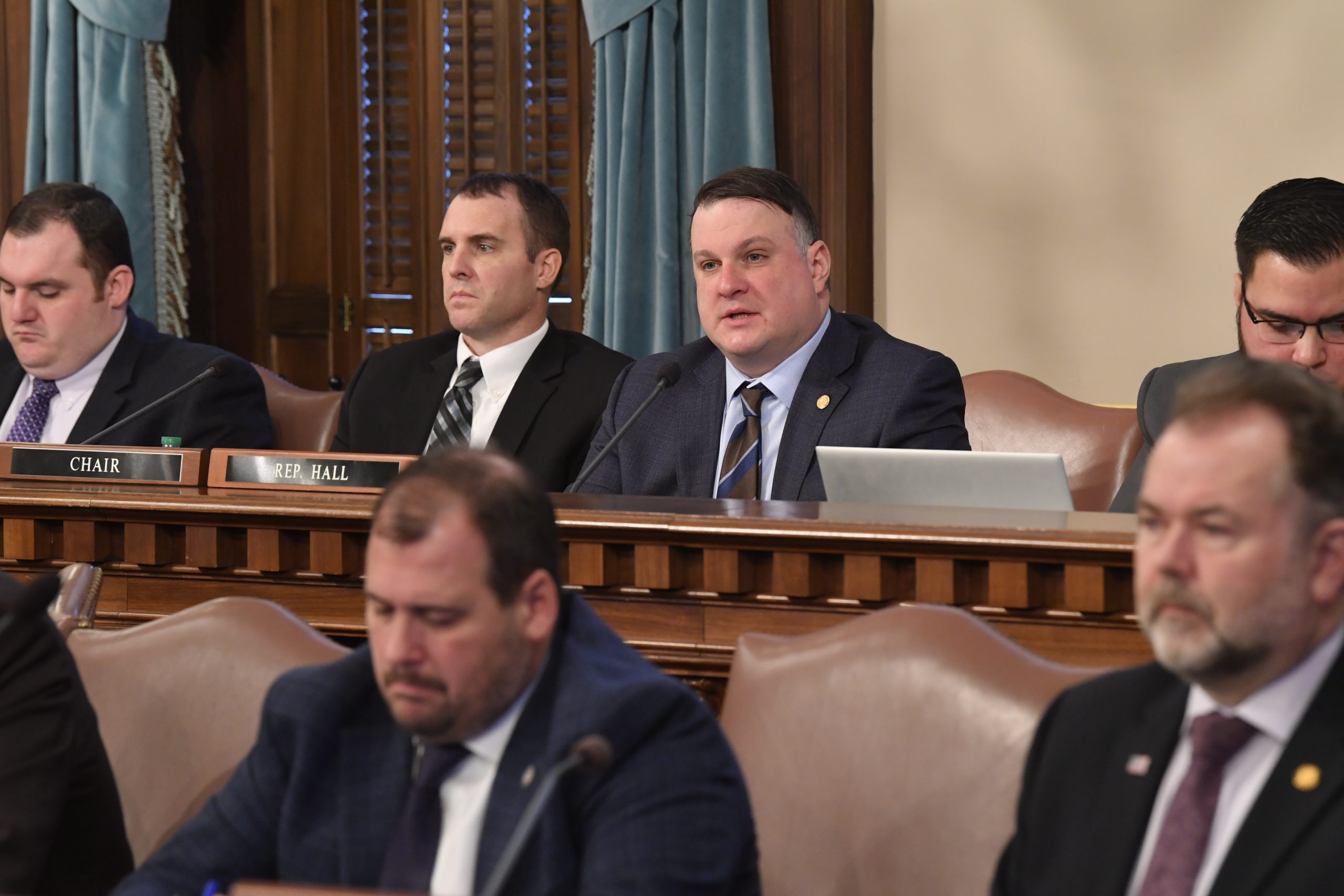 State Rep. Matt Hall, of Marshall, is spearheading a dynamic plan to provide real tax relief for people across Michigan in the face of skyrocketing costs.

The plan approved by both the House Tax Policy and House Appropriations committees today – including Hall’s House Bill 5838 – slashes taxes for Michigan workers, provides genuine tax savings for retirees and pension protections, and guarantees vital benefits for more people who have worked and served in their communities.

“Whether it’s at the gas station, grocery store, pharmacy, or many other places involving everyday necessities, workers and seniors are all feeling the impacts of inflation,” Hall said. “And they all need relief – not just some. Previous plans from the governor and the Senate have touched on some level of relief, but I feel we can go farther and do more for more people with the resources we have available.”

The reforms include $1.7 billion in annual tax relief – reducing the income tax rate from 4.25 percent to 3.9 percent for all individual payers. Hall said the cut follows through on a previous commitment to restore the rate after it had been raised during the Jennifer Granholm administration. Seniors would also receive additional relief. The income exempted from taxes for people 62 and older would rise to $20,000 for individual filers and $40,000 for joint filers.

Under current law, such an exemption exists for people 67 and over, which means Hall’s plan would offer relief for a larger group of people. An additional exemption would be applied specifically to retirement income – also at $20,000 for single filers and $40,000 for joint filers. With the two exemptions under Hall’s plan, a person 62 or older with retirement income is eligible for $40,000 for single filers or $80,000 for joint filers.

“We have heard from seniors in our communities who are going back to work because they can no longer make ends meet on retirement income that they budgeted in the face of inflation,” Hall said. “These exemptions are going to go a long way to help more people stay retired if they want to stay retired with money they’ve already set aside.”

Pension and debt relief for local government employees totaling $1.5 billion in one-time funding is also included in the plan. Hall said the state must be responsible with taxpayer money both today and in the future, and unfunded liabilities in pension systems create stress for those who served their communities and were promised benefits. Unfunded liabilities also impact the long-term financial stability for communities.

“There has been a significant amount of federal money coming in and this helps ensure more pensions are actually going to exist and be sufficiently funded for those who have earned them, such as police and fire,” Hall said. “People in our communities see the money that has been made available. If we don’t help our many workers and seniors across Michigan with the resources we have available now, we’re never going to do it and problems that we are seeing during these tough times are only going to get worse.”

HBs 5838 and 5054 now move to the full House for further consideration.