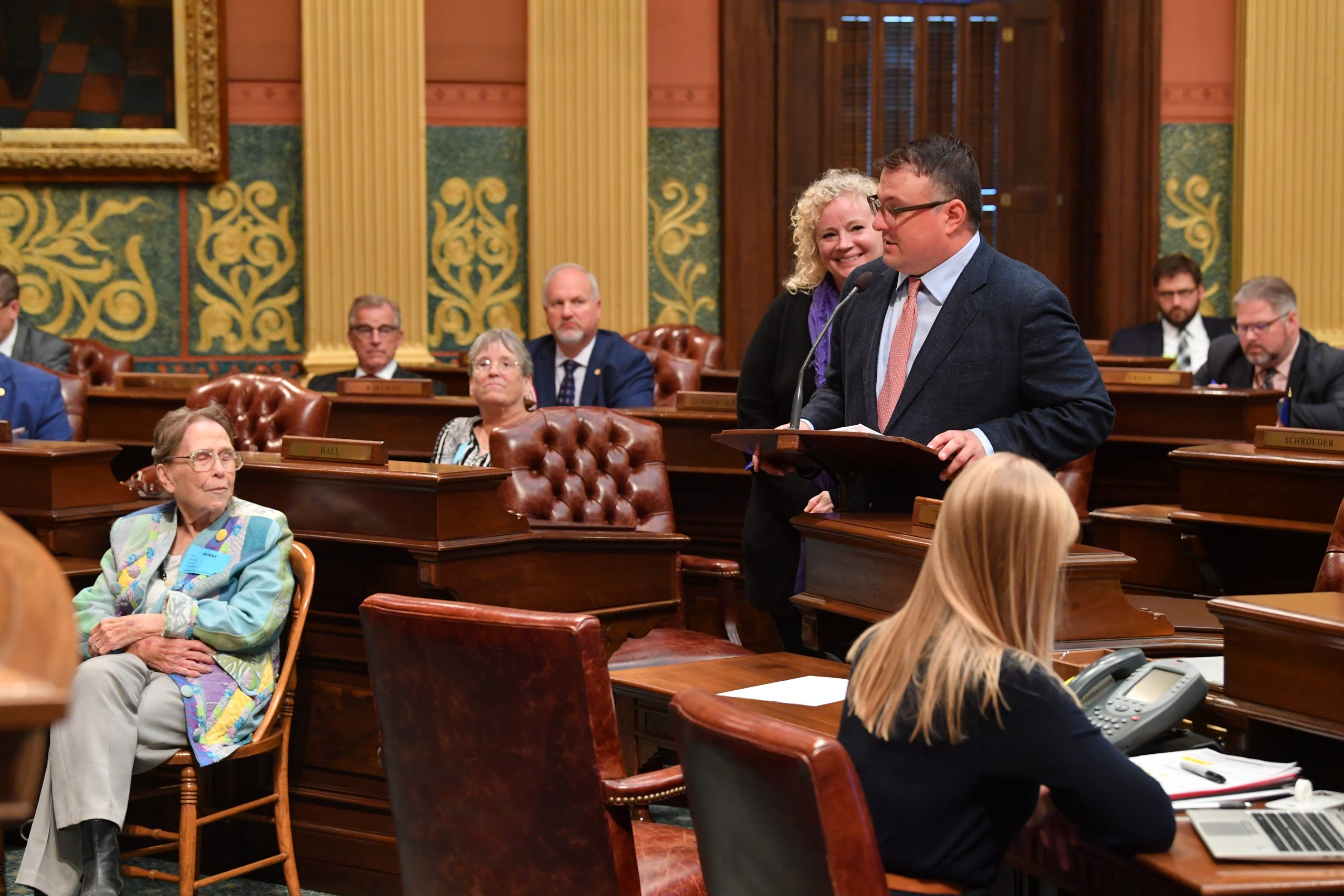 State Rep. Matt Hall, of Marshall, reads a memorial resolution in honor of longtime former state legislator John A. “Jack” Welborn on the floor of the Michigan House on Wednesday, Oct. 13. Hall was joined by Welborn’s wife, Dorothy (seated lower left), daughter Kayla Barry (seated second from left) and other members of Welborn’s family to commemorate the late legislator after he passed away on March 7 at the age of 88.

Welborn passed away on March 7 at the age of 88. He was first elected to the House in 1972 and was elected to the Senate in 1974. He served 17 years as a state senator – an eight-year stretch covering a district that included parts of Cass, Kalamazoo, St. Joseph and Van Buren counties, as well as another run from 1985-94 serving people in Barry, Ionia, Kalamazoo and Montcalm counties after the death of his brother, who had previously held the seat.

Welborn started his public service career when he was elected Cooper Township supervisor in 1966. He also served as the chairman of the Kalamazoo County Board of Supervisors, director of the Kalamazoo Soil Conservation District, and a member of the Gull Lake School Board.

“For a sizable portion of his life, Jack Welborn committed himself to serving people in southwest Michigan – and we are thankful for that civil service. He served his constituents with great conviction and dedication,” Hall said. “He was a champion for smaller government, deregulation, lower taxes and pro-life causes. I have heard many stories about the noble work Sen. Welborn has done for our state and Michigan is better for it.”

Hall was joined for House session by several members of Welborn’s family, including his wife Dorothy, daughter Kayla, son John and daughter-in-law Tiffany, along with friends and previous Michigan legislative members.