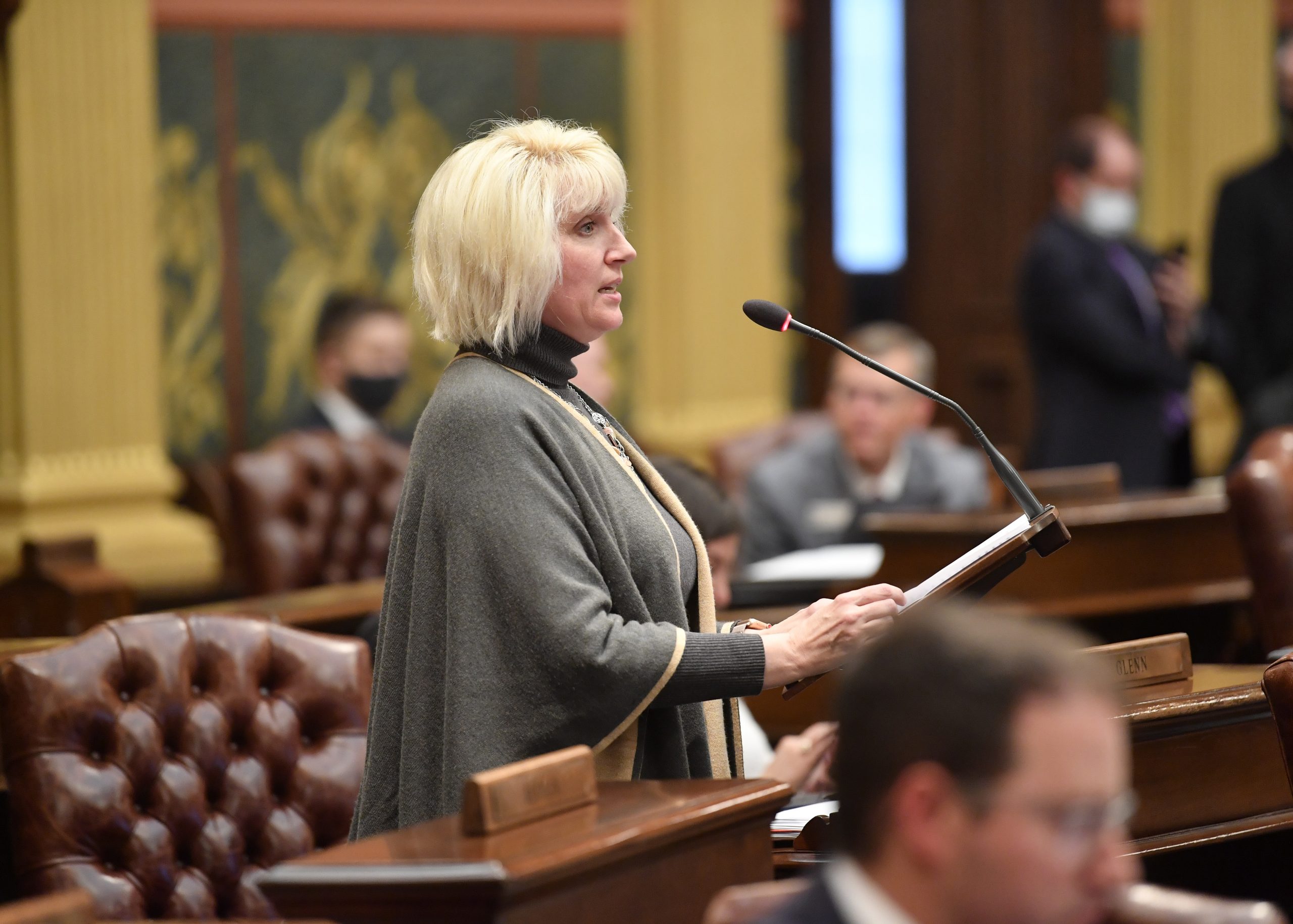 July 30 is recognized as the World Day Against Trafficking in Persons. Glenn has been a leader in combating human trafficking in Michigan over the last several years, and she sponsors new legislation to continue the effort.

“Human trafficking is a terrifying crime that often happens in secret – and it can happen virtually anywhere to virtually anyone,” Glenn said. “As a mother and a grandmother, that is deeply troubling to me. It’s also why combating human trafficking has become one of my priorities as a member of the Michigan Legislature. We have made some progress in recent years, but there is still a lot of work to do, and this international day dedicated to raising awareness is a good reminder of that.”

Human trafficking involves labor obtained through force, fraud or coercion – a form of modern-day slavery. It often involves sexual exploitation or other types of forced, involuntary servitude. While about half its victims come from at-risk homes, human trafficking is a crime that victimizes people from all socioeconomic backgrounds.

Glenn’s strong track record of support for survivors of human trafficking includes reforms approved by the Michigan Legislature in 2020. The change in law protects survivors through an address confidentiality program – making it more difficult for offenders to track down their victims.

House Bill 4101 is part of bipartisan plan that would expand the types of criminal convictions that can be set aside if a crime was committed because someone is a victim of human trafficking. The legislative package would allow human trafficking victims who were forced to engage in criminal activity the opportunity to use their victimization as an affirmative defense in court, and allow juvenile offenses committed by young victims of trafficking to be expunged from their criminal records. The legislation is awaiting review in the House Judiciary Committee.

House Bill 5889 already has been advanced by the House Rules and Competitiveness Committee. The measure would protect survivors’ privacy rights by making communications between human trafficking victims and their counselors confidential and inadmissible in court proceedings without the victim’s prior written consent. It is the same sort of confidentiality protection already allowed in Michigan law for sexual assault and domestic violence victims.

House Bill 5889 is awaiting a vote on the House floor.

PHOTO INFORMATION: Rep. Annette Glenn recently visited with a group of Cub Scouts at St. Brigid Catholic School in Midland. Glenn, R-Midland, spoke with the group about citizenship and other principles related to the scouting program.

Rep. Annette Glenn, R-Midland, recently presented a tribute from the State to Michigan to a Midland teen who won a national soap box derby competition. Jamison Geisler won the national title in the Masters division at the 2022 National Derby Rallies. The event was held in Bowling Green, Ky., in September. “As a fierce competitor, […]