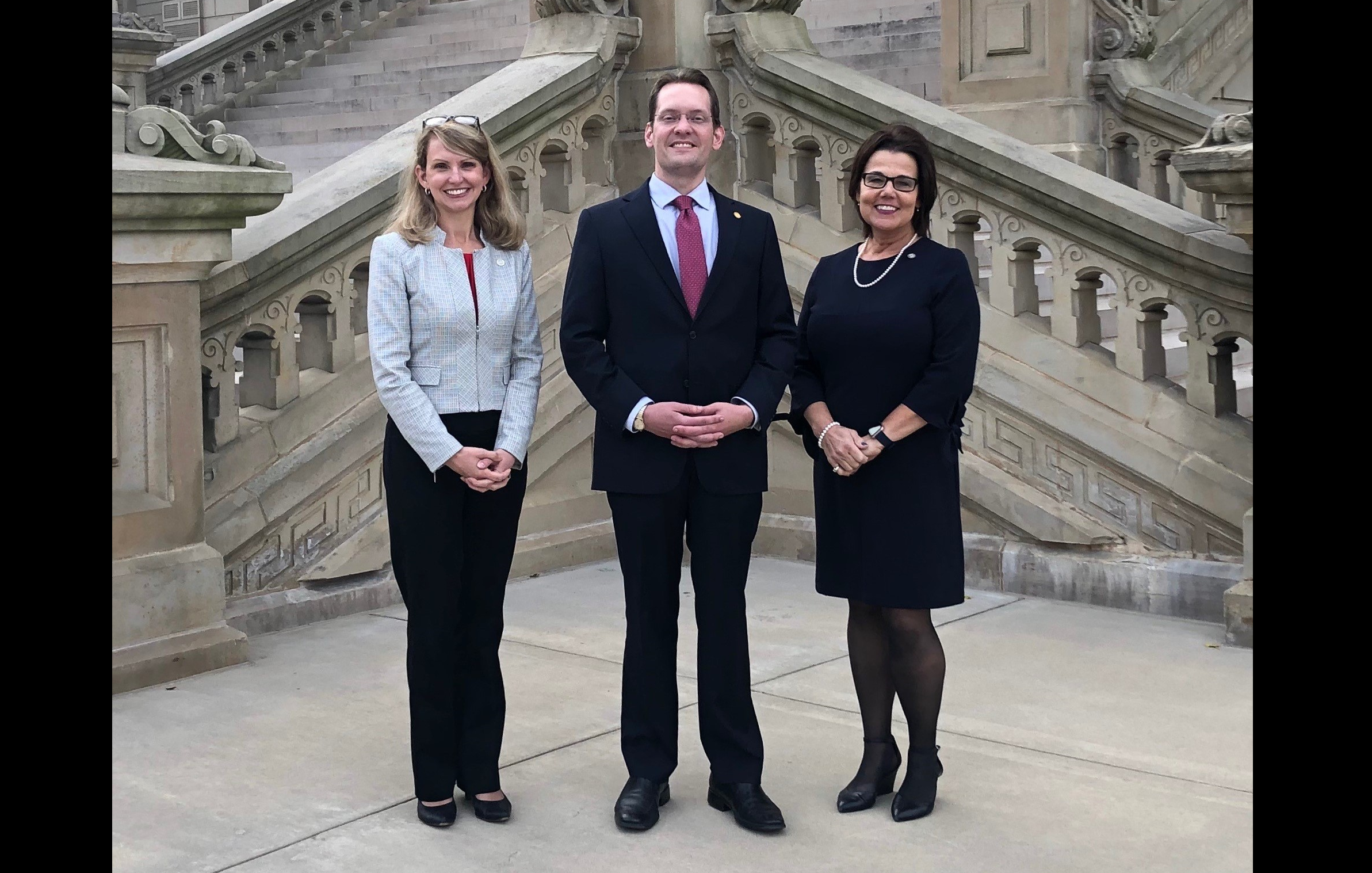 State Rep. Ben Frederick today was selected to serve as majority floor leader for the Michigan House during the 2021-22 legislative term, the second-ranking position in the chamber.

Frederick, of Owosso, said he is honored to have the opportunity to serve in a leadership role and eager to work with his colleagues on both sides of the aisle to move Michigan forward.

“I have always strived to bring legislators together to do what’s best for the people of our state, and I plan to take that same collaborative approach in my role as floor leader,” Frederick said. “It means a great deal that my colleagues have put their trust in me to take on this role and the people of mid-Michigan have given me the privilege of continuing to serve them in the House.”

As majority floor leader, Frederick will help decide which proposals are considered by legislators, set the session schedule and lead parliamentary procedure on the House floor, among other duties. Elected to work alongside Frederick as Assistant Floor Leaders were Reps. Julie Calley of Portland and Ann Bollin of Brighton Township.

For weeks, the Whitmer administration response has been defined by poor communication, overly complex distribution mandates, missed and unreliable shipments and doses going to waste.

A bipartisan group of state representatives today joined with local health experts in encouraging all Michigan residents to actively energize, and be responsible for, the readiness of their own immune systems.

State Rep. Ben Frederick is backing a bipartisan plan announced this week to improve the quality of health care while making it more accessible and affordable for people in Michigan.

“Rather than engaging on a data-driven approach I worked with health experts to put forward last year or signal any return to the phased plan she herself laid out in the MI Safe Start Plan, the governor appears to be making things up on the fly.”