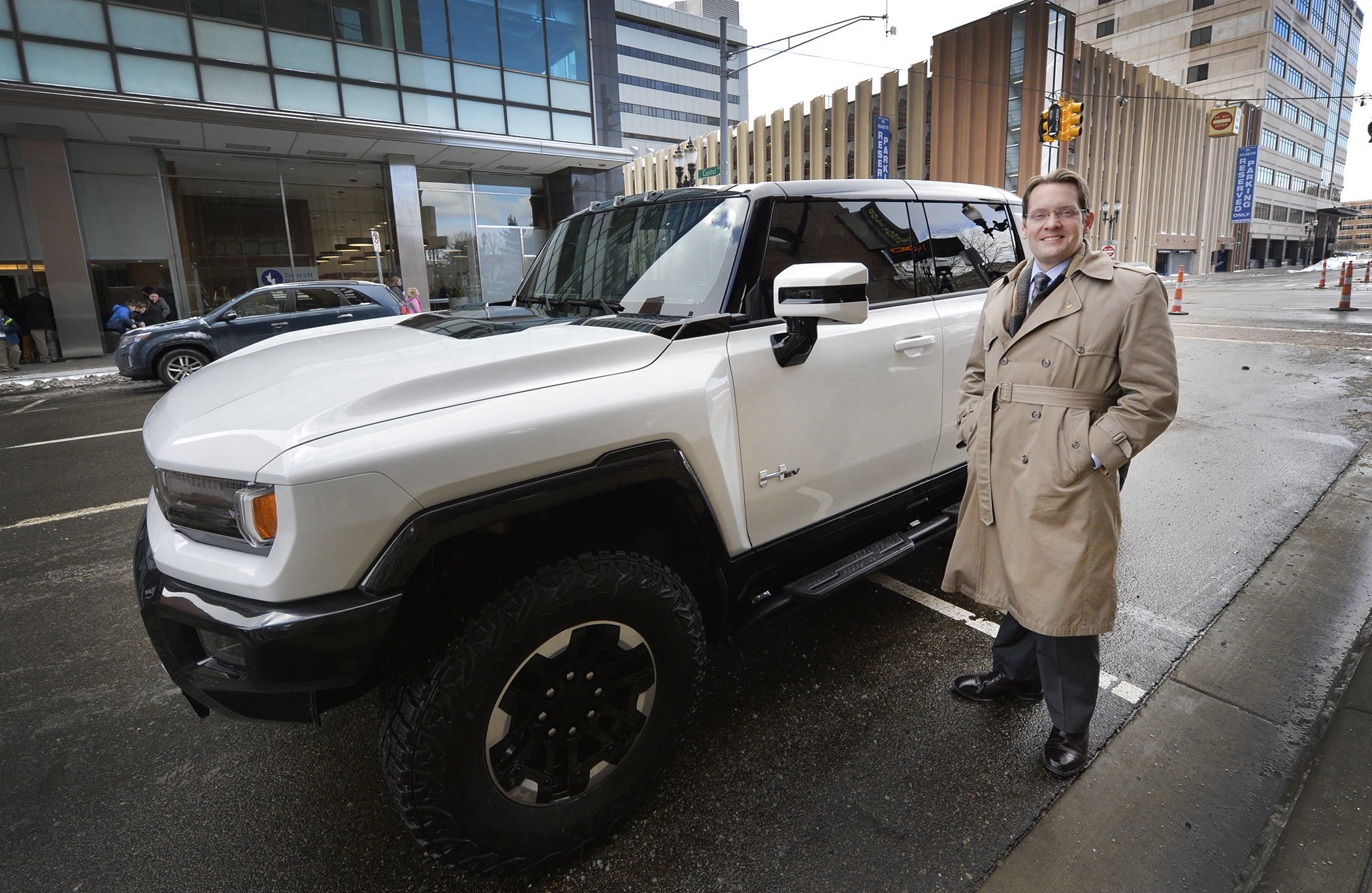 State Rep. Ben Frederick, of Owosso, stands alongside a Hummer EV after joining General Motors CEO Mary Barra and other state leaders in Lansing to announce the company’s plan to invest billions of dollars in two Michigan manufacturing facilities.

Frederick, of Owosso, helped pave the way for the projects through his work to create a new economic development fund dedicated to bringing new jobs to the state.

“GM’s decision to invest in Michigan in a time of fierce competition for jobs is a huge win for the future of our state and local economies,” Frederick said. “Other states have been trying to attract investments from auto manufacturers as the industry shifts to electric vehicles. If these investments went to another state, not only would we have lost out on thousands of new stable and well-paying jobs, but auto plant jobs and the auto suppliers that our rural communities are built around would have become more and more at risk. Through this success and future successes Michigan will continue to show that we will not give an inch in the marketplace for job creation and investment.”

GM has stated that its investment in the Delta Township battery plant demonstrates its commitment to supporting near-term products as the company transitions to an all-electric-vehicle future.

Rep. Frederick spearheads effort to promote language options for children who are deaf, hard of hearing

State Rep. Ben Frederick this week led the House in approving a plan to offer additional learning resources for Michigan children who are deaf or hard of hearing.

State Rep. Ben Frederick on Wednesday voted to provide permanent and stable funding for a program that provides police protection to many throughout mid-Michigan.