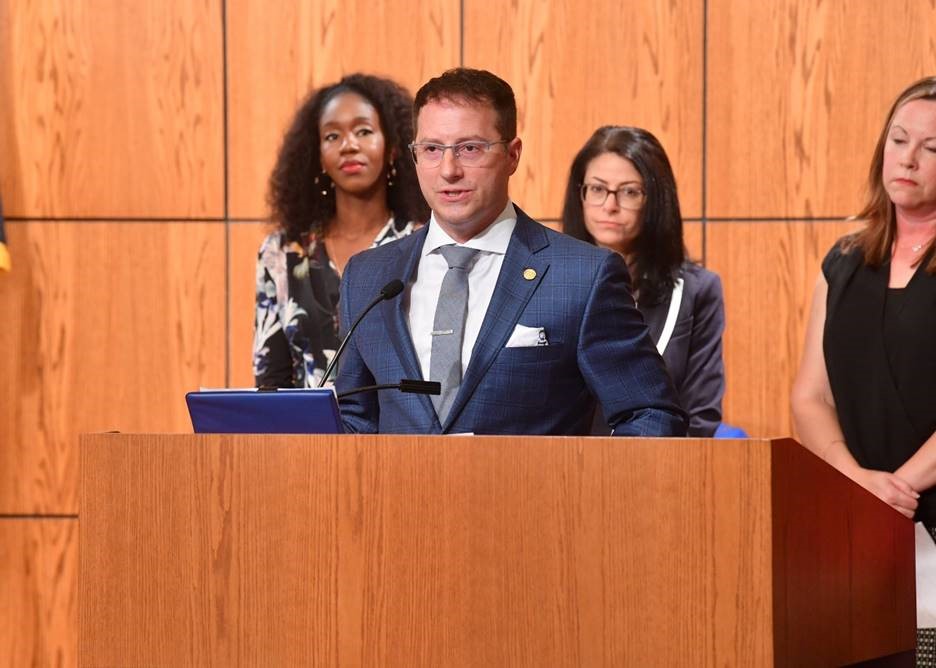 State Rep. Graham Filler and other state officials today announced a plan to combat elder abuse and make sure vulnerable adults are not taken advantage of by those who are trusted to care for them.

The Michigan Elder Abuse Task Force identified several failures of the state’s guardianship system, the process used to maintain the trusts and assets of people who do not have relatives able to maintain them. Filler, a member of the task force and chair of the House Judiciary Committee, said the legislation announced today will fix those issues and provide a number of important safeguards for the elderly and people with disabilities.

“Our elder abuse task force worked hard to identify the shortfalls with the guardianship system,” Filler said. “Now, we’re taking the next step as we introduce solutions that will protect seniors and vulnerable adults and make sure bad actors cannot take advantage of them.”

Filler pointed to one particularly egregious case in where a Macomb County couple was put under the care of professional guardians, who then used the couple’s own money to install a 6-foot-tall privacy fence around their home, limiting their access to family.

“This is insanity. Elderly folks in the guardianship system should not be fenced in,” Filler said. “While these guardians were eventually removed from ‘caring’ for this couple, we must make sure no one else is put in such a devastating situation. My promise to older folks in Michigan is that this legislature will stand with and protect you.”

The legislation announced today will require increased training for professional guardians, provide procedural safeguards for the appointment of guardians, require guardians to take special precautions to protect people’s property and increase transparency about the way a ward’s property is being used.

The plan will be referred to the House Judiciary Committee for consideration. Filler, who chairs the committee, plans to hold hearings on the bills in the coming weeks.

A plan sponsored by Rep. Graham Filler to help facilitate the exportation of dairy products and other agricultural goods produced in Michigan has been signed into law.

“There is no ‘fundamental right’ to abortion – it was not a right envisioned by our founding fathers, and it’s not part of the Constitution or our nation’s history or moral compass. Roe v. Wade was an aberration of a legal decision that conjured up a fundamental right to abortion without any basis. It was bad law that set the precedent surrounding abortion for far too long. This Supreme Court righted that wrong and returned authority over abortion back to the states.