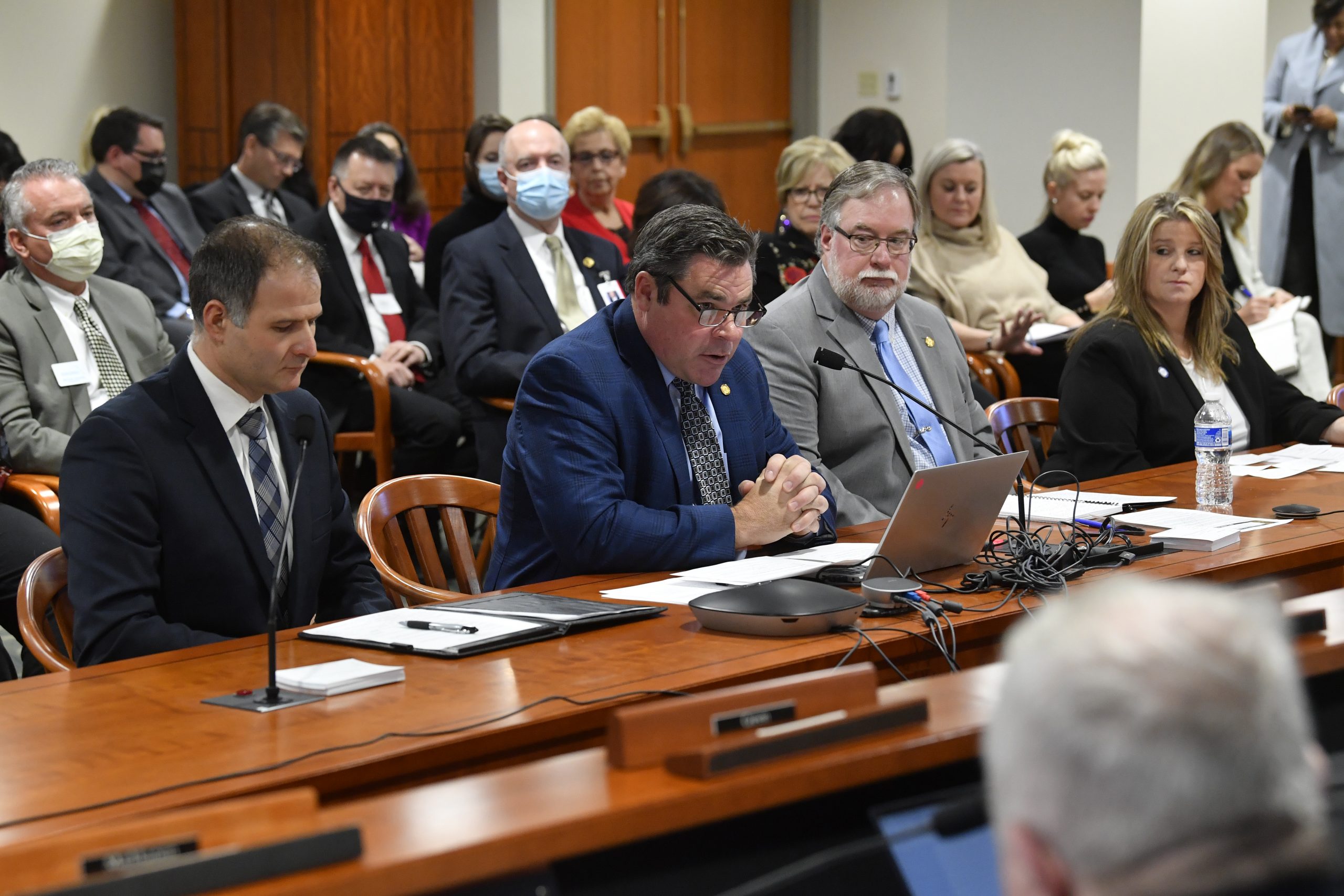 State Rep. John Damoose of Harbor Springs on Tuesday delivered testimony before the House Committee on Education in support of his bipartisan plan to allow community colleges to offer bachelor’s degrees in nursing.

Backed by a bipartisan coalition of legislators, Damoose, who serves on the committee, and state Rep. John Roth of Traverse City last month introduced House Bills 5556 and 5557 to help address the nursing shortage faced by Michigan health care providers.

“If we’ve seen anything over the last two years, it’s that we need more nurses to provide quality health care for Michigan residents,” Damoose said. “Government needs to remove arbitrary barriers and get out of the way so new nurses can be trained and current nurses can further their educations. Our plan does just that.

Dr. David Roland Finley, the president of the college, announced his support for the plan when Damoose introduced it earlier this month. Finley said the college would be able to quickly implement a Bachelor of Science in Nursing (BSN) program once they are allowed to do so.

Damoose testified to the effects of the nursing shortage, pointing to a recently added hospital wing at McLaren Northern Michigan in Petoskey. He said it’s unacceptable that the hospital does not have enough nurses to operate the new wing at full capacity.

Together, HBs 5556 and 5557 would allow community colleges to establish a four-year nursing program and grant BSNs. A college operating such a program would be required to gain accreditation for nursing education or have a pending application or candidacy.

The plan would protect enrolled students and existing programs by prohibiting a community college from eliminating an associate degree when adding a BSN option, unless the college can demonstrate a lack of demand for the two-year program.

“Our plan speaks to the very heart of why community colleges exist in the first place,” Damoose said. “They are responsive to local needs, and they can help meet those health care needs by teaching nurses who are likely to stay in the community.”

HBs 5556 and 5557 remain under consideration by the committee.

State Rep. John Damoose and the Michigan House of Representatives this week approved a balanced state budget to support important projects and services, such as roads and schools.

State Rep. John Damoose, R-Harbor Springs, today issued the following statement after reports that the U.S. Supreme Court may be poised to strike down its past decision in Roe v. Wade, which restricts state governments’ ability to protect unborn children from abortion.

Rep. Damoose honored as Legislator of the Year by Michigan Association of Timbermen