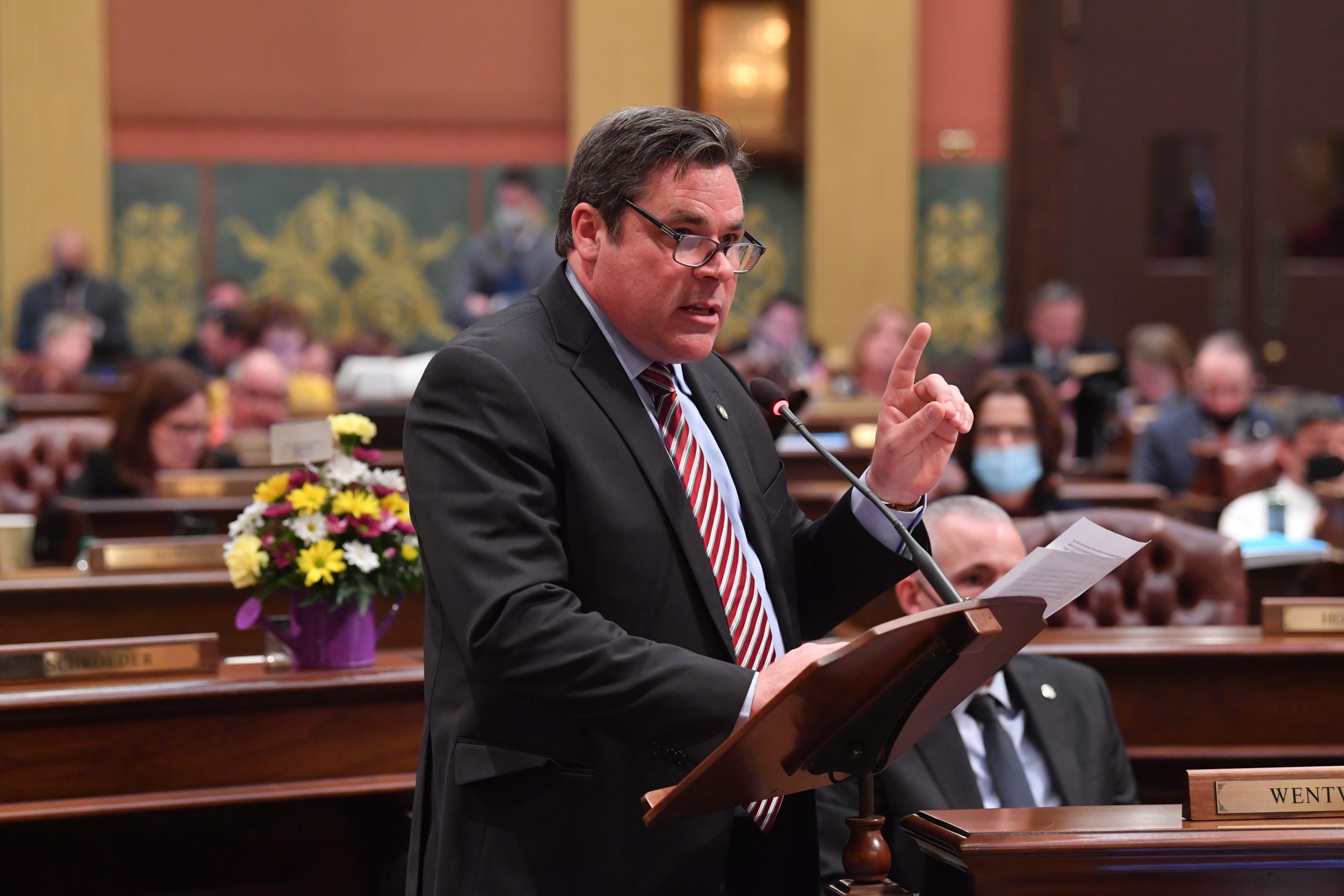 State Rep. John Damoose today decried Gov. Gretchen Whitmer’s attempt to shut down the natural gas and oil pipeline that runs through the Straits of Mackinac.

“The governor’s action is yet another consequence of her shutdown mentality,” said Damoose, of Harbor Springs. “Following 14 months of economic shutdowns during the pandemic, Gov. Whitmer is now attempting to close the pipeline that heats homes in the Upper and Lower Peninsulas and helps drive the entire state of Michigan.”

“Putting the pipeline out of commission would jeopardize both the affordability and reliability of propane while depriving our state of 14.7 million gallons of gasoline, diesel and jet fuel every day. Closing the pipeline would have far reaching consequences for our economy, environment, infrastructure and most importantly, our hard-working families.”

In November, the Whitmer administration instructed Enbridge to cease operation of its Line 5 pipeline in the Straits of Mackinac by May 12, 2021, and the company responded with legal action of its own.

Enbridge has stated its intention to continue operating Line 5 while litigation remains pending. On Tuesday, Whitmer and her natural resources director sent a letter to Enbridge threatening further legal consequences if operation continued after May 12.

“I find it completely irresponsible to unilaterally shut down a key piece of our energy infrastructure while offering no realistic alternatives,” Damoose said. “Unfortunately, the Governor’s action threatens the stability of our state at the very moment our businesses are struggling to get back to work and families are trying to get back to normal. Quite simply, we need to keep Line 5 open now, and immediately move forward to build the Great Lakes Tunnel.”

The House Committee on Transportation heard testimony from experts and stakeholders on Tuesday. It was estimated that 2,150 trucks operating daily would be necessary to fill supply gaps left by a closure of Line 5. Required changes could emit dozens of tons more carbon monoxide and nitrogen oxide.

“Gov. Whitmer has hidden behind a claim of environmental protection in revoking the Line 5 easement through the Straits of Mackinac, but a shutdown would pose other significant risks to the environment,” Damoose said. “I am proud to call Northern Michigan home — no one has a greater desire or need to protect the environment and natural resources in the Straits than myself and those I serve. The Line 5 pipeline is a safe and efficient conduit to supply Michigan with valuable resources, and the tunnel will make it even safer.”

Lawmakers approved a plan in 2018 for a utility tunnel in the Straits to provide greater environmental protection, and Enbridge is in the process of complying with that law.