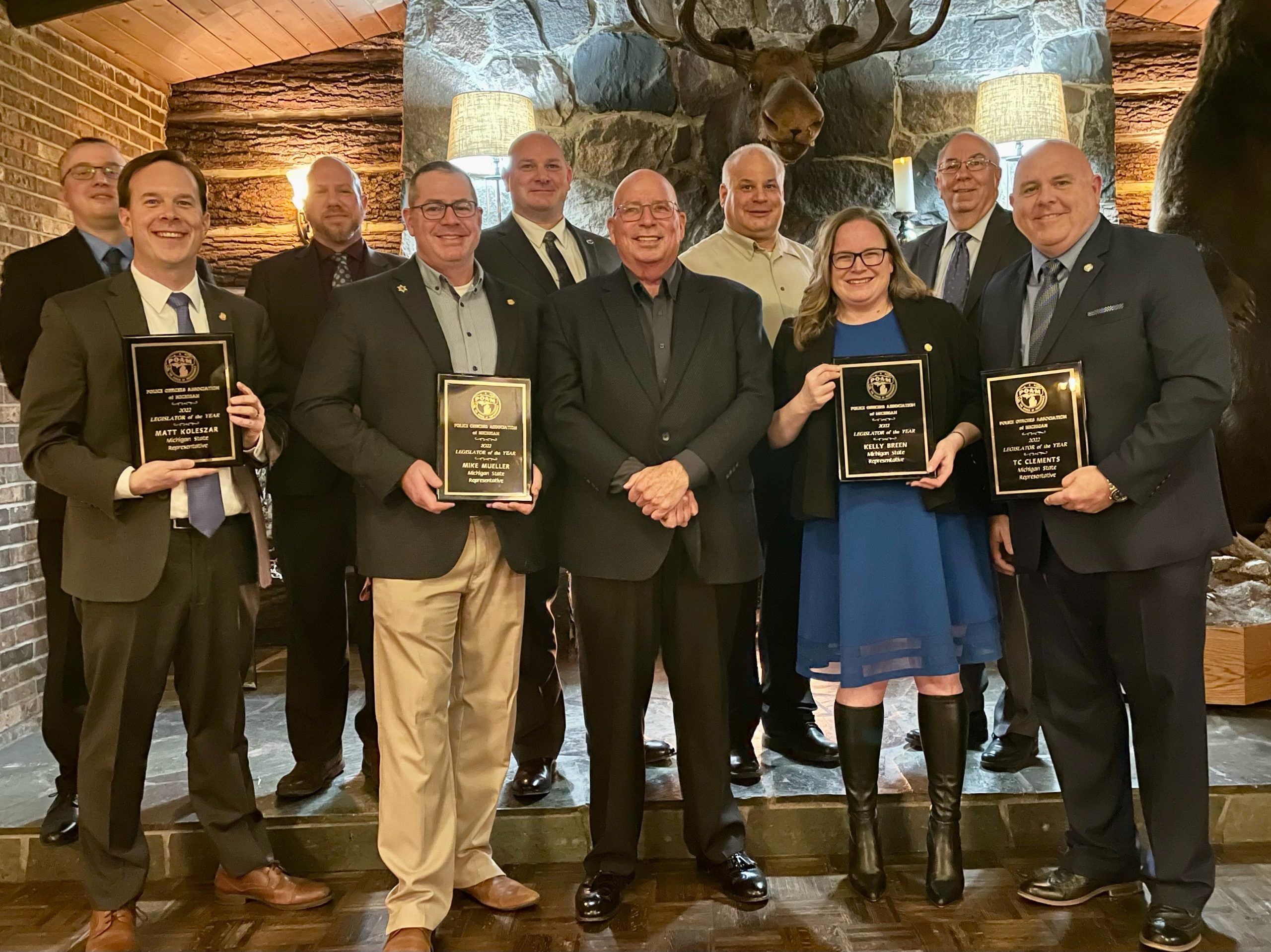 State Rep. TC Clements has been named Legislator of the Year by the Police Officers Association of Michigan.

Clements accepted the award from Ken Grabowski, legislative director for the association, at an event in Farmington on Thursday.

As a member of the House Judiciary Committee, Clements has introduced and supported numerous law enforcement legislative initiatives, including a $368.5 million funding plan to provide needed resources to first responders and recruitment and retention programs amid serious police shortages statewide.

After the tragic school shooting in Oxford last year, Clements supported a measure to increase funding for school resource officers to work proactively with students and families. He also supported legislation that would allow more surviving children of police officers and firefighters to be eligible for the Survivor Tuition Act, which provides tuition waivers at Michigan community colleges and public universities for children and surviving spouses of police officers and firefighters killed in the line of duty.

“I stand proudly and supportively with those who protect us every day,” Clements said. “It is an honor to receive this award from the POAM. Supporting law enforcement – and the safety of our communities by extension – will always be among my top priorities.”

Clements, of Temperance, has deep roots in law enforcement. He began his public service career as a police officer in Florida. In addition to a background in patrol, investigations and school resource, he also served as a public information officer. He concluded his tenure in law enforcement as the deputy chief of police for the Eliot Police Department in Maine.

Prior to being elected to the state House of Representatives in November of 2020, Clements served as a Bedford Township Trustee for four years where he chaired the Law Enforcement Exploratory Committee.

Clements said he values feedback from former and active members of law enforcement and makes it a priority to work closely with county sheriffs, local police officers, the Fraternal Order of Police, and the Michigan Sheriffs’ Association, in addition to the Police Officers Association of Michigan.

“I look forward to continuing my partnership with experienced law enforcement professionals as we work to further improve public safety and support for our officers,” Clements said.