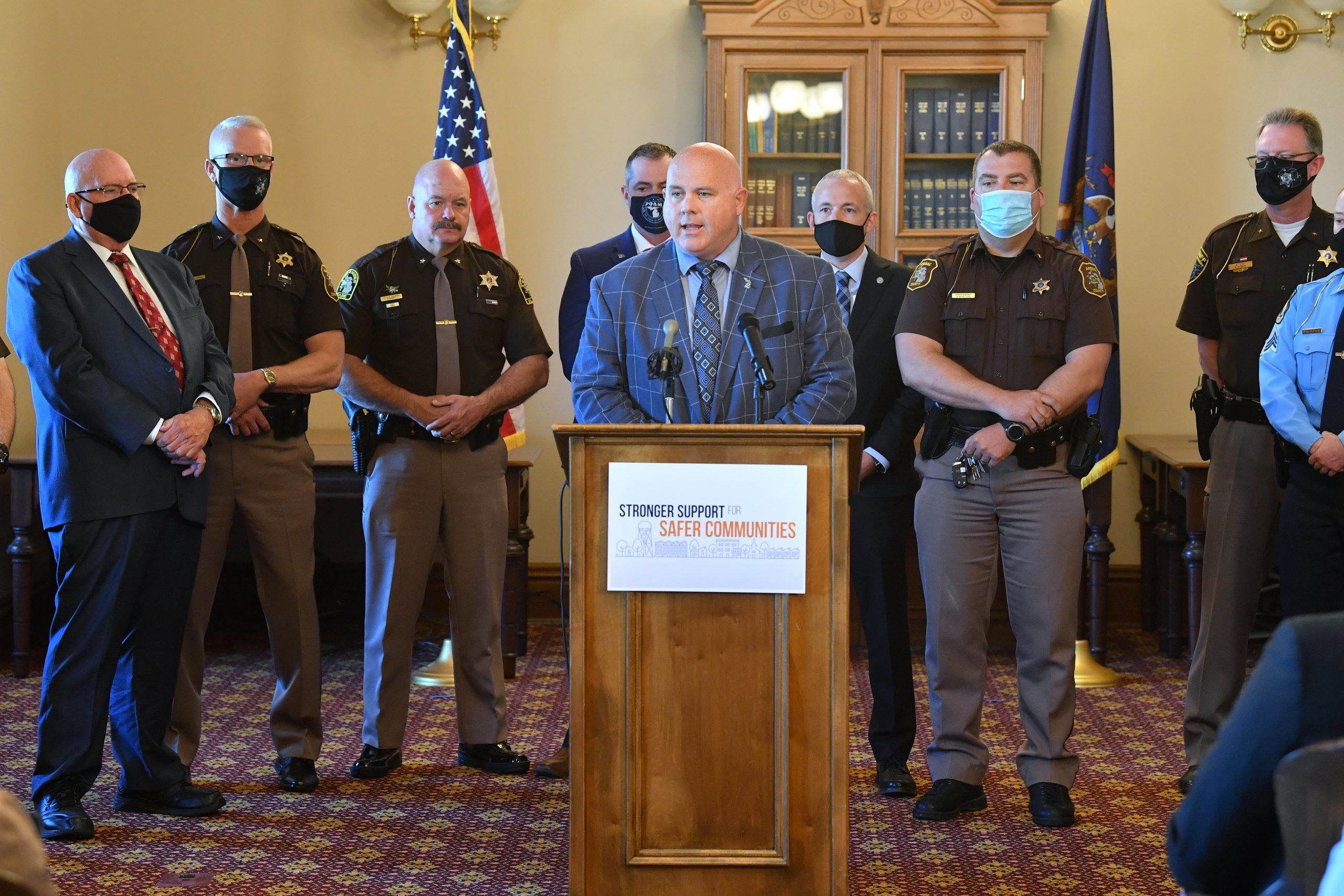 Rep. TC Clements is joined by Michigan law enforcement officers for the unveiling of the Stronger Support for Stronger Communities plan.

Rep. TC Clements, of Temperance, and other members of the Michigan House of Representatives who have worked in law enforcement today announced a plan to support law enforcement, strengthen the criminal justice system, and expand community policing statewide. The legislators were joined by county sheriffs, local police officers, and representatives from the Chiefs of Police, the Fraternal Order of Police, the Michigan Sheriffs’ Association, and the Police Officers Association of Michigan.

Clements began his career in law enforcement as a police officer in Florida. In addition to a background in patrol, investigations, school resource, and as a public information officer, he advanced and concluded his tenure in law enforcement as the Deputy Chief of Police for the Eliot Police Department in Maine.

“We stand proudly and supportively with those who protect us every day,” Clements said during Thursday’s press conference announcing the plan. “Our goal is to provide resources necessary to further support and strengthen the law enforcement profession.”

The plan includes multiple items to help attract new talent to the profession, develop the skills of existing police officers, and fund important services like road patrols and community policing. The changes include the following:

In total, the comprehensive plan includes important policy changes and $80 million in financial support. To begin some of the attraction programs and community policing as soon as possible, the parts of the plan that include a budget component were added to a supplemental budget bill approved by the House today. Other statutory changes, including future reforms still being developed, will be introduced and discussed in committee in the near future.

More details about the plan are available here.