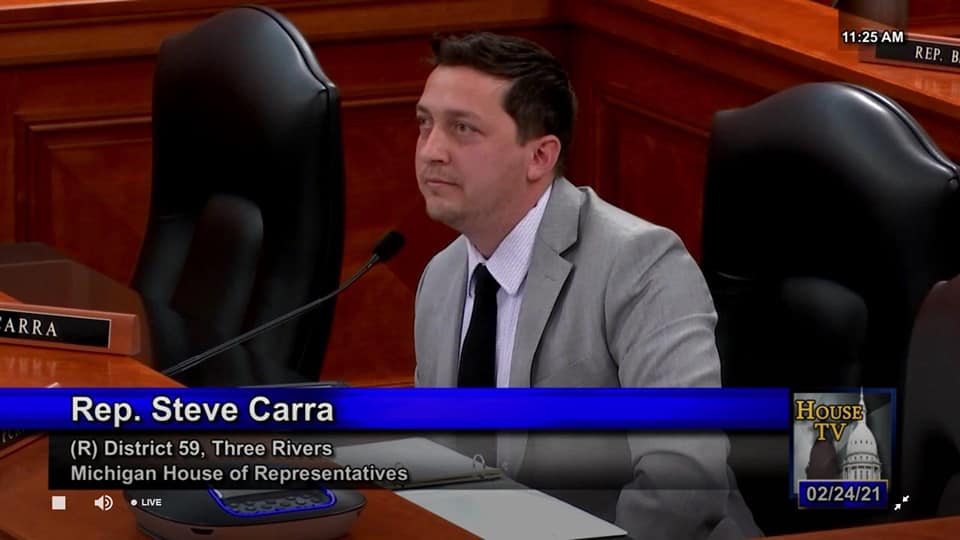 I voted NO on HJR A (Rep. Wentworth) Changes the requirements for passage of a bill during lame duck from simple majority to a two thirds majority. EXPLANATION: Historically, a lot of bad bills pass in lame duck and the intent of this joint resolution is admirable. That said, legislators cast votes and have the responsibility of representing their districts in a constitutional republic. It’s not the job of the Legislature to tie the hands of future legislators, it’s the job of the Legislature to uphold and defend the constitution and legislators should vote yes or no appropriately whether it’s lame duck or not.

I voted NO on HB 4015 (Rep. Lightner) Requires that any third-party agency disclose on their website that they are not a state agency and any fee associated with their service. EXPLANATION: Nefarious activity is already a crime. Imposing penalties and burdensome regulations on industries who are operating lawfully is not necessary.

I voted YES on HB 4247 (Rep. Koleszar) Removes the needs-based requirements for the Survivor Tuition Act allowing more students who have lost their parents or spouses to be eligible for the program. EXPLANATION: This anti-discriminatory bill allows for more children of those who have died in the line of duty to be eligible for tuition free college. The act already exists, and all students should be eligible.

State Rep. Steve Carra today helped introduce a plan to allow law-abiding residents to carry a firearm without a permit.

State Rep. Steve Carra on Wednesday introduced a resolution calling for services to remain accessible to the public at Secretary of State offices.