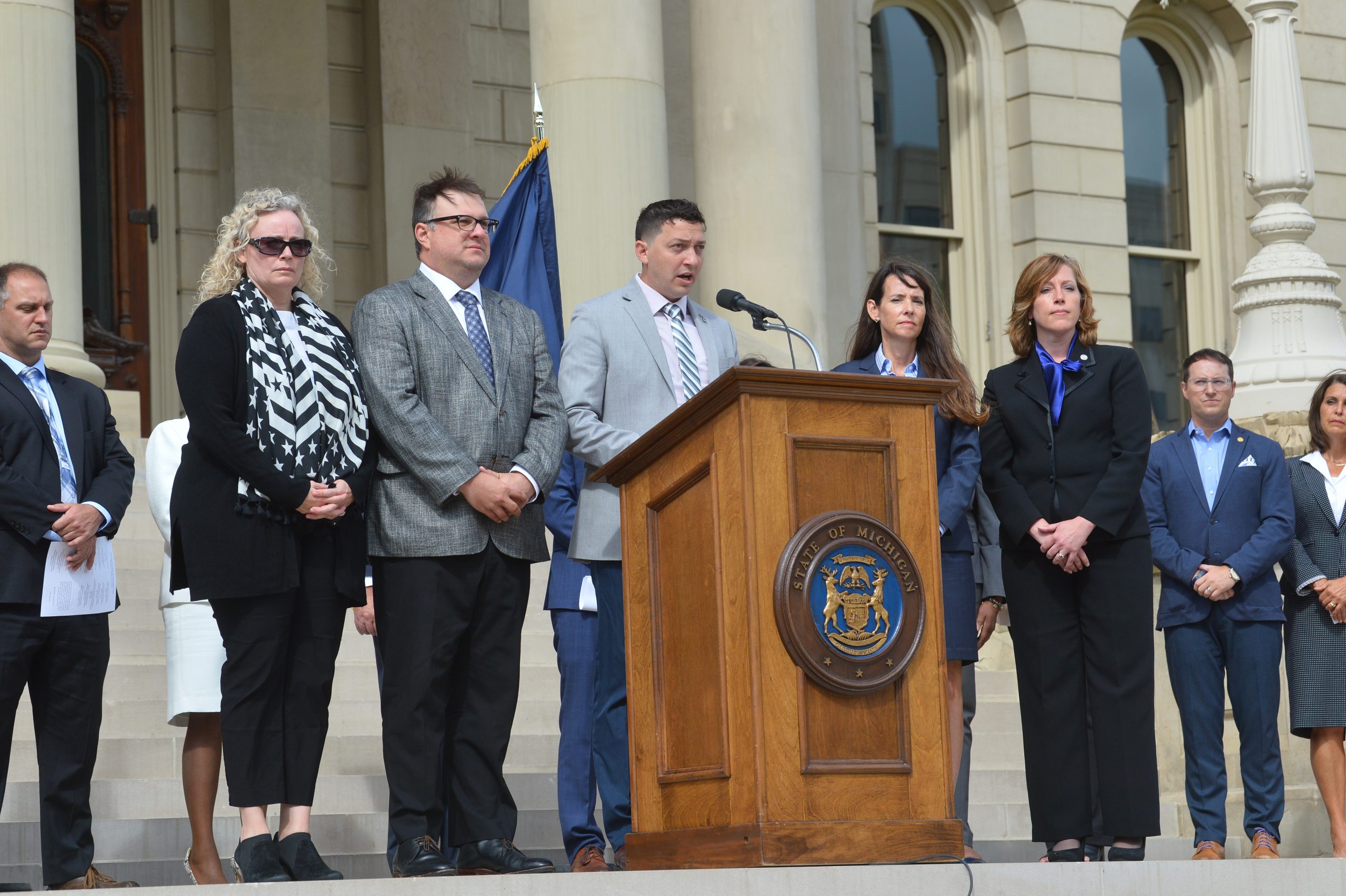 Carra, who serves on the House Transportation Committee, said dedicating part of US-131 in Kalamazoo County as the “Sergeant Ryan J. Proxmire Memorial Highway” would be a fitting way to commemorate the late law enforcement officer, who last year died from a gunshot wound obtained while pursuing a fleeing suspect. Proxmire was raised in Three Rivers and graduated from Three Rivers High School.

“Sgt. Proxmire ably and nobly served the people of Southwest Michigan — keeping us all safe,” said Carra, R-Three Rivers. “He answered the call of duty and carried out his law enforcement responsibilities every single day. On one sad day last summer, Sgt. Proxmire made the ultimate sacrifice in the line of duty. His life of service will always be in our memories, and this memorial will publicly convey our humble and eternal respect for his bravery.”

After more than nine years of service at the Kalamazoo County Sheriff’s Office, Proxmire was shot on Aug. 14, 2021. He passed away the next day, survived by his wife, Roanna, and his four children. Roanna testified last month before the Transportation Committee. After his passing, the sheriff’s office promoted Proxmire to the rank of sergeant and bestowed on him both the Medal of Valor and the Purple Heart.

At the annual House of Representatives 9/11 ceremony last year, Carra led representatives and guests in remembering Proxmire. Carra and fellow Southwest Michigan legislators hosted members of his family at the ceremony.

House Bill 5720, which would dedicate US-131 between West U Avenue and mile marker 35 in Proxmire’s memory, passed the House and now proceeds to the Senate.