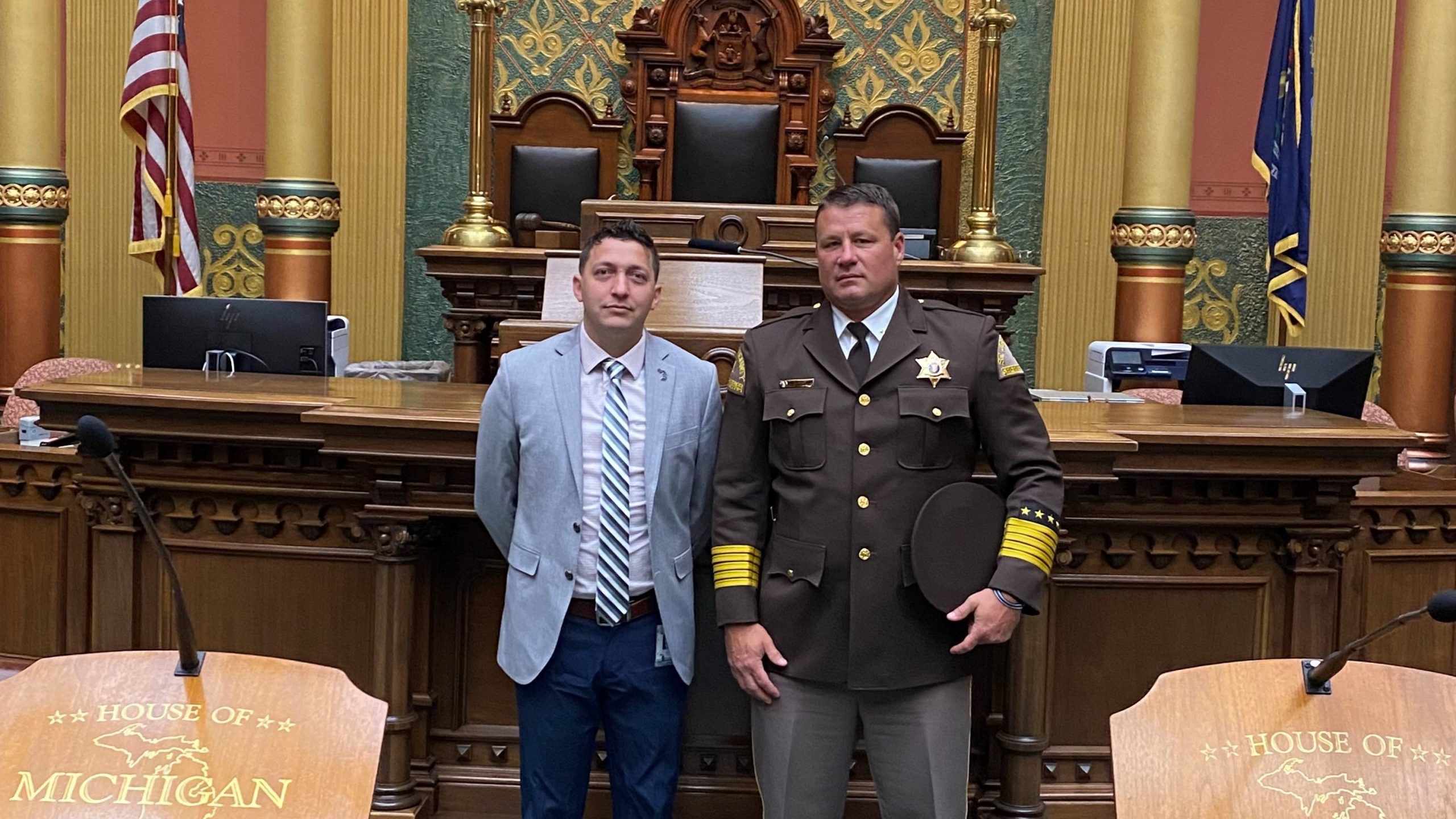 At a 9/11 ceremony at the state Capitol, state Rep. Steve Carra today paid tribute to Ryan J. Proxmire, who was killed in the line of duty as a deputy with the Kalamazoo County Sheriff’s Office. He was joined by St. Joseph County Sheriff Mark Lillywhite as his guest at the program.

“Like the heroes of 9/11, Deputy Proxmire boldly and bravely fulfilled his duty no matter the personal cost,” said Carra, of Three Rivers. “May the courageous life and sacrifice of one of Three Rivers’ own motivate us all to greater service.”

Each year, the Michigan House of Representatives conducts a ceremony in remembrance of the Sept. 11, 2001, terrorist attacks. The memorial also recognizes Michigan first responders and members of the military who died in the line of duty during the preceding year.

On Aug. 14, Proxmire was shot during the pursuit of a fleeing suspect. He died from his wounds the following day, after more than nine years of service at the Kalamazoo County Sheriff’s Office. He is survived by his wife of 15 years and four children. Members of Proxmire’s family joined Carra and other legislators from Southwest Michigan at the ceremony.

Each representative may also host one first responder or member of the military as a guest to the event.

“Sheriff Lillywhite is a leader in our community, and he and his team work hard to enforce the rule of law and keep St. Joseph County safe,” Carra said. “I am grateful he could join me at the Capitol as we mark the 20th anniversary of the 9/11 attacks.”

Lillywhite has served as sheriff of St. Joseph County since his appointment in February 2020.