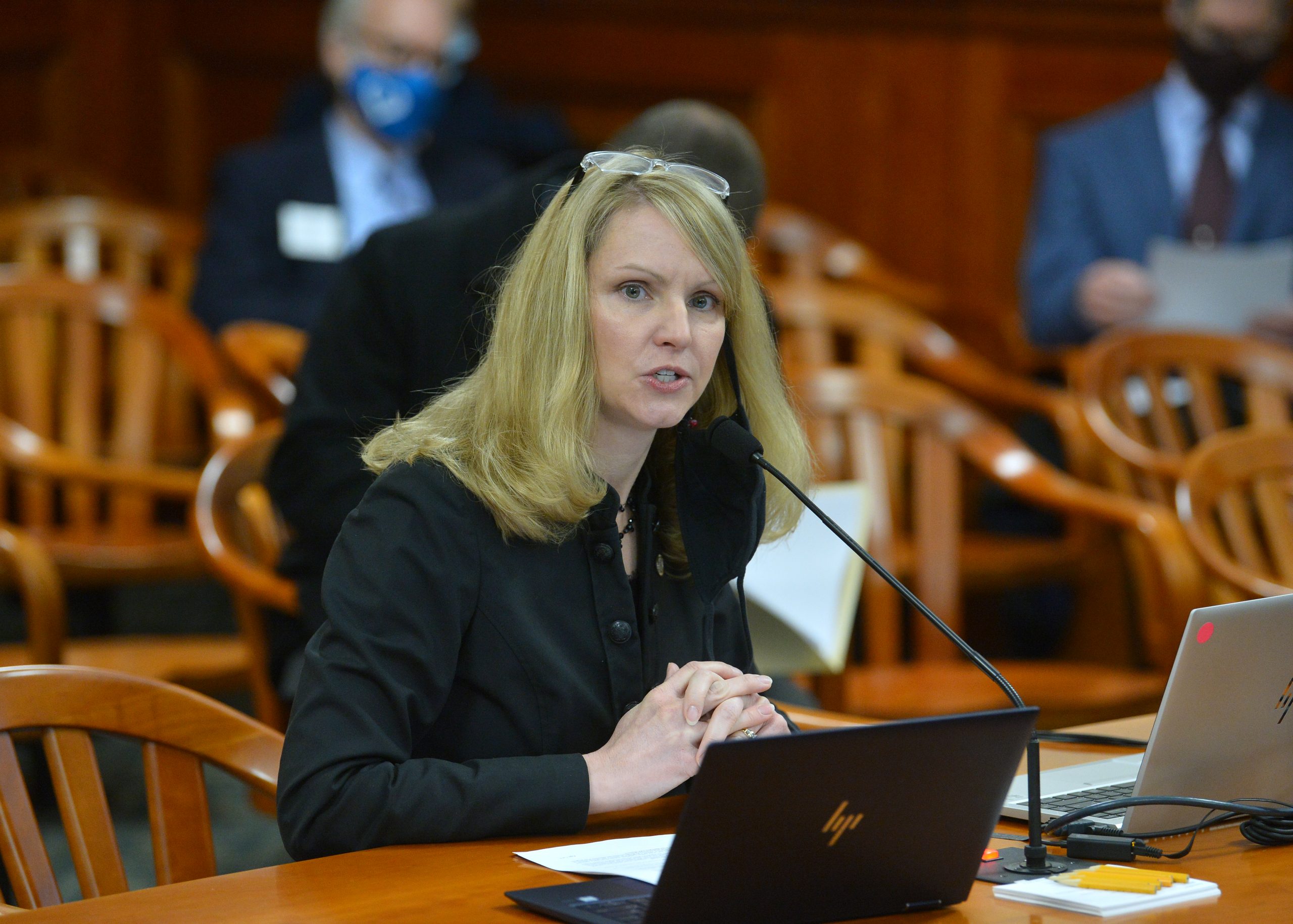 State Rep. Julie Calley testifies today before the House Elections and Ethics Committee in support of her plan to remove old and outdated information from Michigan’s Qualified Voter File.

State Rep. Julie Calley today testified before the House Elections and Ethics Committee in support of her plan to remove old and outdated information from Michigan’s Qualified Voter File (QVF).

Calley, of Portland, said an audit of the state’s Bureau of Elections released in December 2019 highlighted the need for better procedures to remove or update information for voters with birthdates that indicate they are 120 years old and those who have not voted in Michigan for more than 20 years. Outdated information in the QVF also caused a problem last year when the Secretary of State mailed absent voter applications to all voters in the file, and numerous households reported receiving applications for people who have been deceased for years.

“We must make sure deceased individuals and ineligible voters are removed from the rolls, so we’re not inviting fraud and malfeasance,” Calley said. “This reform will put a clear procedure in place to update our voter rolls, allowing us to make sure they’re accurate without disenfranchising any eligible voters.”

House Bills 4127 and 4128 would set up a procedure to update or remove records in the QVF if an individual hasn’t voted since the 2000 November general election or if the individual has a placeholder date of birth.

Under the procedure, the Secretary of State would first send a notice asking the elector to provide a corrected address or date of birth, including a warning that his or her registration may be cancelled if the information is not provided. The card must be returned with a postmark of 15 days before the next election. If the voter does not return the card and does not engage in any voter activity in the following two general elections, the registration will be cancelled.

Calley’s legislation is part of a bipartisan effort to fix several issues uncovered by the Bureau of Elections audit. Additional measures in the plan make changes to address other issues uncovered in the audit by:

The bipartisan plan remains under consideration by the House Elections and Ethics Committee.