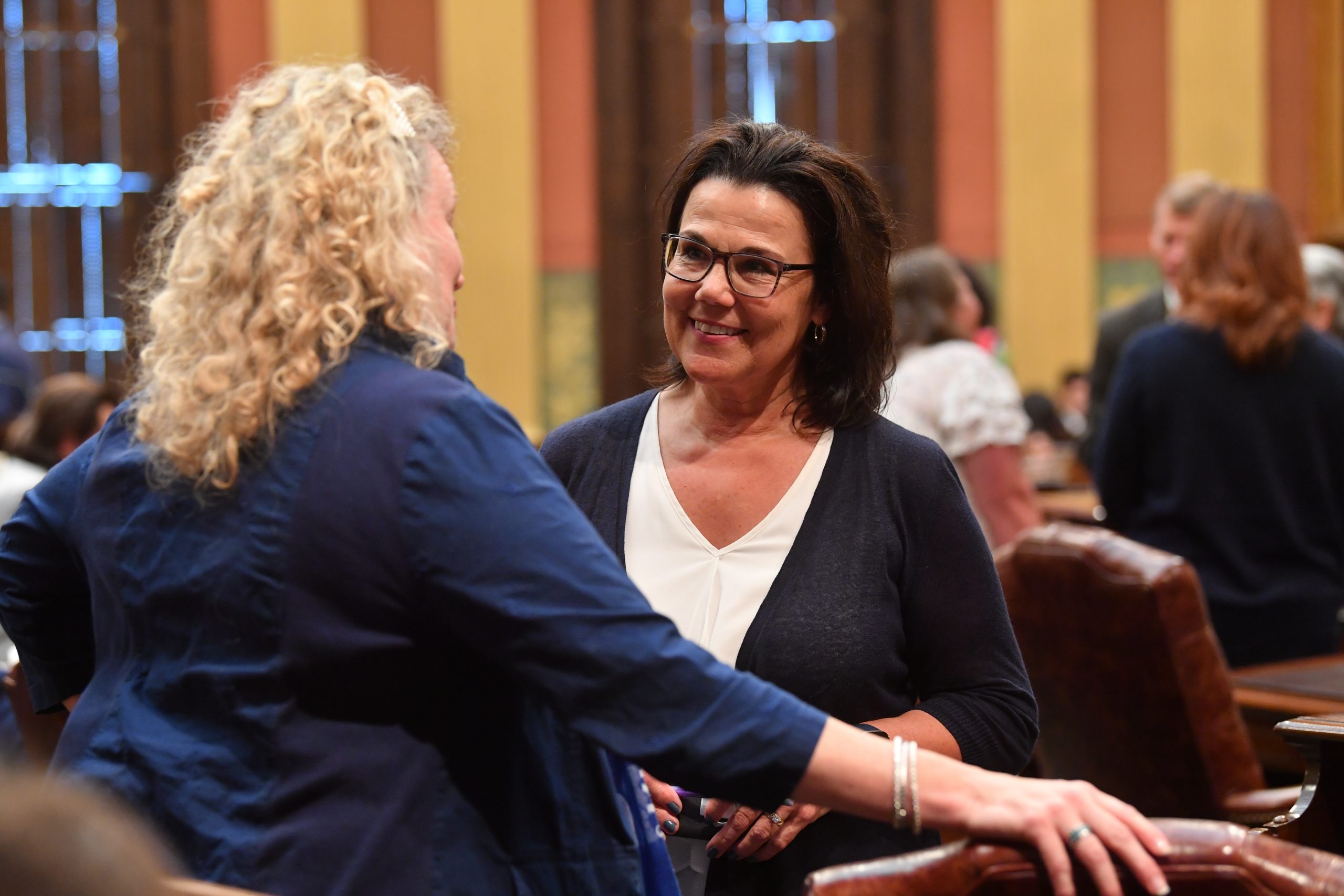 State Rep. Ann Bollin and the Michigan House today approved the Unlock Michigan citizens’ initiative to repeal the unconstitutional state law Gov. Gretchen Whitmer used to hold unilateral power over the people of Michigan during the early portion of the COVID-19 pandemic.

“Hundreds of thousands of people came together to sign this petition and stand up to an all-too-powerful governor. I heard their voices loud and clear,” said Bollin, of Brighton Township. “While it took far too long for this petition to reach the Legislature, today I was finally able to cast a vote on behalf of the people I represent and strike this unconstitutional law from the books for good. This was a huge step forward in restoring the balance of power in our state government and making sure that the people of Michigan have a seat at the table when decisions are being made.”

Even before the Supreme Court decision was issued, concerned citizens started the Unlock Michigan petition to repeal the EPGA, submitting more than half a million signatures in October. After several delays – first caused by the Secretary of State and then Democratic members of the State Board of Canvassers, who chose to play partisan games rather than follow the Bureau of Elections recommendation that the petitions be approved – the initiative finally reached the Legislature this month.

Now that both the House and Senate have approved the measure, the law will be repealed.

State Rep. Ann Bollin has been honored by the National Federation of Independent Business for her track record of support for small businesses.

House Elections and Ethics Committee Chair Ann Bollin talks about a bipartisan legislative package approved Wednesday evening that will allow for a 48-hour window for the preprocessing of ballots in the November 8 election, while providing additional security for ballot dropboxes.

State Rep. Ann Bollin, chair of the House Elections and Ethics Committee, today said an agreement reached between the Legislature and the Whitmer administration includes several critical measures to strengthen the integrity of Michigan elections.