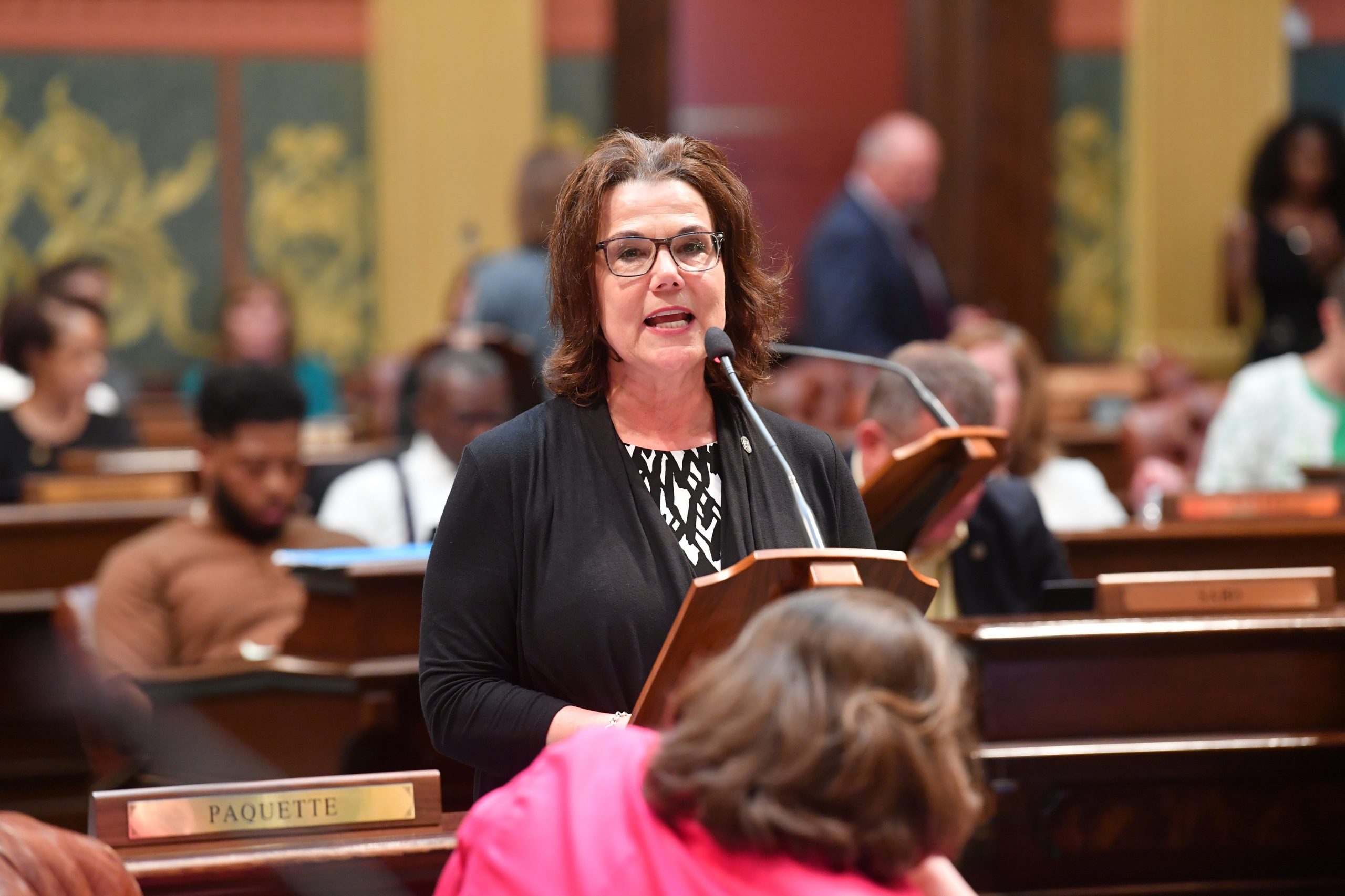 State Rep. Ann Bollin, chair of the House Elections and Ethics Committee, speaks in support of the ethics reform plan before it was approved by the House today.

Bollin, who led conversations on the proposal in the House as chair of the Elections and Ethics Committee, said the comprehensive list of reforms includes improvements to ethical standards, financial disclosure requirements, bans on conflicts of interest, and more.

“Public confidence in our state government seems to be near an all-time low – and it certainly doesn’t help that the ethical standards for state officials are disgracefully low in Michigan,” Bollin said. “The time for real change is long overdue. I have remained committed to transparency and accountability throughout my time serving in both state and local government. These bills add more accountability for legislators through a bipartisan committee dedicated to enforcing ethics and conflicts of interest laws and tougher penalties for legislators and lobbyists who act unethically.”

Ethics reforms approved by the House today include:

Other ethics reforms have already begun moving in the state Legislature, including the expansion of the Freedom of Information Act and changes to the “lame duck” legislative session. A full list of the reforms is available here.

The comprehensive package now advances to the Senate for further consideration.