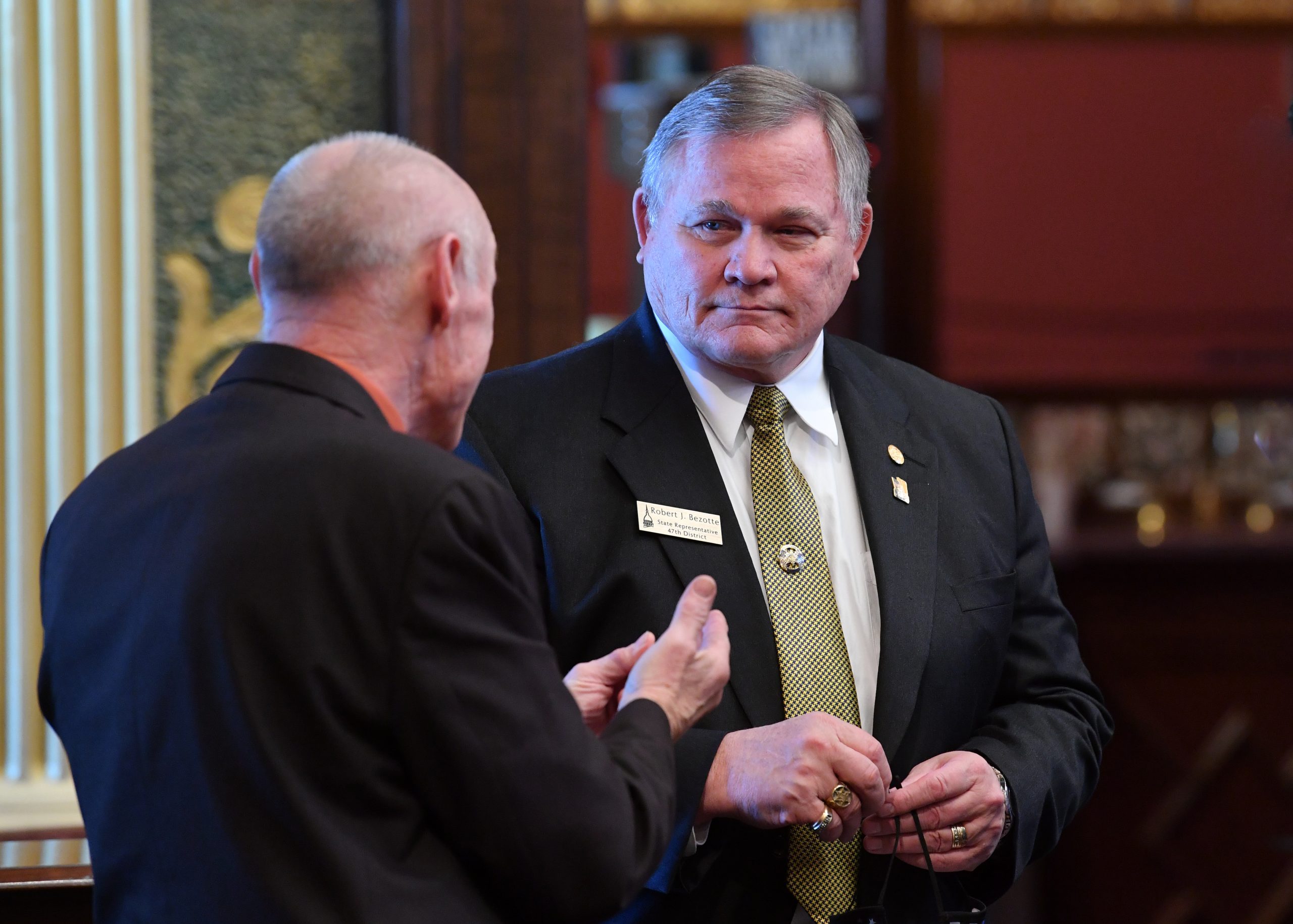 Rep. Bob Bezotte, of Howell, today criticized Gov. Gretchen Whitmer and the Michigan Department of Health and Human Services (MDHHS) for requiring children as young as 2 years old to wear masks. The mandate went into effect on Monday.

“Even as other states loosen COVID-19 regulations and restrictions, Michigan continues to impose new arbitrary limitations, now affecting our youngest Michiganders,” said Rep. Bob Bezotte. “The governor and health department should direct their efforts and energy on returning children back to classrooms, but instead, they remain laser focused on ridiculous requirements, which now include masking toddlers.”

Scientific American, an American popular science magazine, reports that mask-wearing can be detrimental to children’s speech and language development. Young children learn the meaning of many different communication signals through face-to-face interaction, which provide them with social, emotional, and linguistic signals.

“For a governor who says she likes to follow the science, she sure is casting aside relevant data by implementing this new measure,” said Rep. Bezotte. “She is putting young children at further risk, endangering their communication skills and health to appease partisans urging for further restriction. I strongly suggest Governor Whitmer rethink this ridiculous policy and put Michigan’s kids first.”

Brown University last year conducted one of the largest studies analyzing in-school infection data from 47 states and found that among more than 200,000 students and 63,000 staff, there was an infection rate of only 0.13 percent among students and 0.24 percent among staff. Yale University conducted a similar study targeted at child care centers, published in a peer-reviewed journal of the American Academy of Pediatrics, and found the facilities are not associated with the spread the virus.

The mask mandate is set to expire on May 24.

State Rep. Bob Bezotte today announced his opposition to House Bills 4670-73, dubbed by their proponents as the “Safer Michigan Act”.

Rep. Bezotte calls on Michigan Association of School Boards to withdraw from NSBA

State Rep. Bob Bezotte, of Marion Township, today said he is fighting against President Joe Biden’s decision to force workers in numerous sectors to get the COVID-19 vaccine.