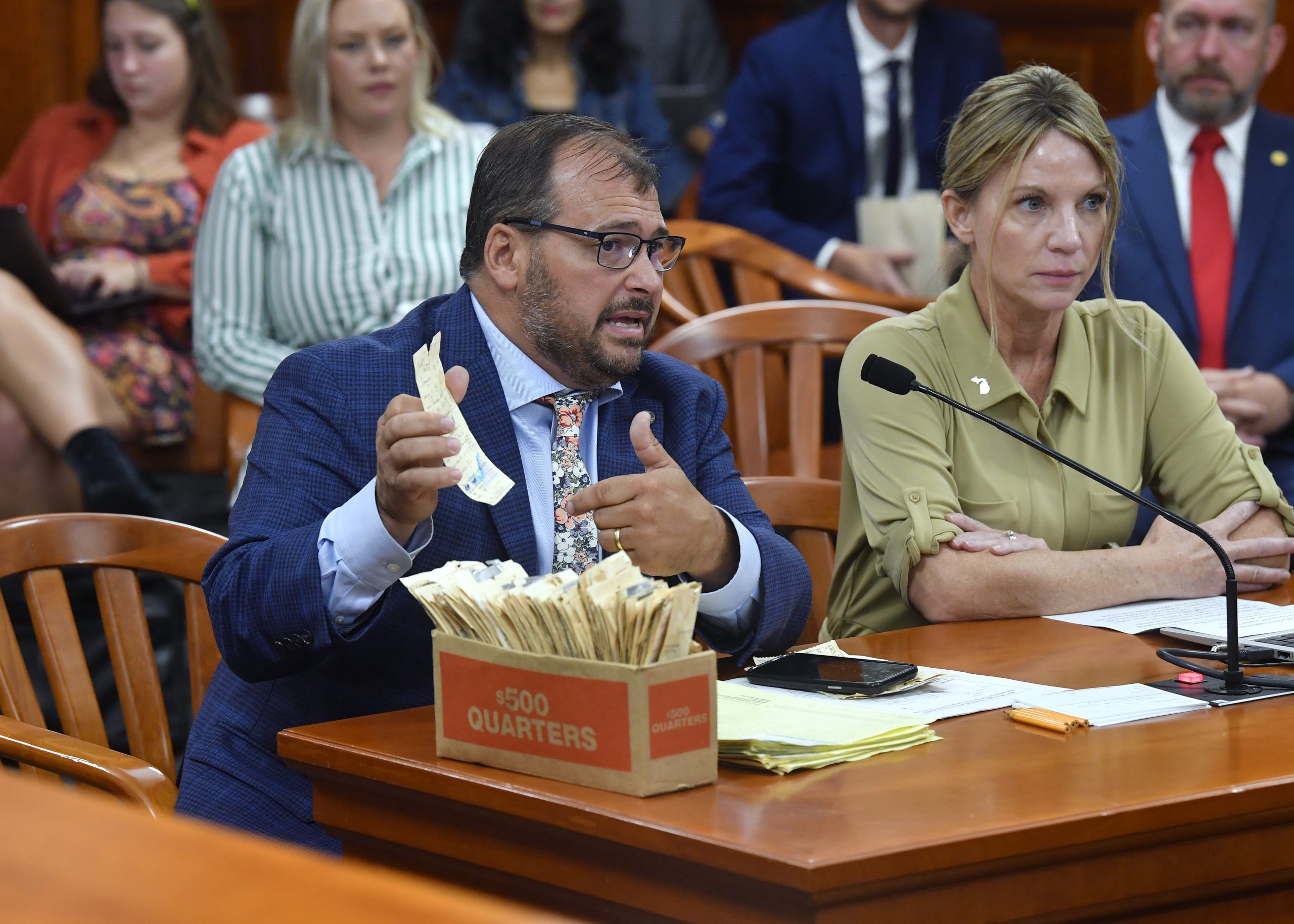 Beson’s House Bill 6381 would all but remove the penalty for violating the state Natural Resources Commission’s order on baiting deer. The legislation would prevent criminal charges for violating the restriction and cap any civil fine at $1.

“Deer hunting provides recreation and food for Michiganders, including many Bay County residents,” said Beson, R-Bangor Township. “Hunters help conserve our environment, and they contribute to our economy. But the ban on deer baiting outlaws a common hunting practice. The unfair ban threatens to trap Michigan hunters with jail and heavy fines. My new plan will protect hunters from these ridiculous penalties.”

An order from the Michigan Natural Resources Commission (NRC) prohibits the baiting of deer in all of the state except a portion of the Upper Peninsula, although hunters with disabilities may use bait in restricted areas during the Liberty Hunt and Independence Hunt. The stated purpose of the order is to limit the spread of chronic wasting disease among deer, but baiting is even prohibited in many counties where CWD hasn’t been detected.

Beson and the House of Representatives today also voted for HB 6354, which would block a recent NRC order requiring hunters to report harvested deer to the state within 72 hours of retrieval — an especially burdensome requirement for hunters in remote areas with poor cellphone reception.

In general, a violation of an NRC wildlife conservation order is a misdemeanor, punishable by up to 90 days imprisonment and a fine, but the law lists a number of exceptions, including some added earlier this year, when Beson and the Legislature approved a bipartisan plan to make several hunting-related violations only civil infractions.

“The governor and Legislature have a bipartisan record of reining in penalties to protect hunters and other conservationists,” Beson said. “We should work together again to help deer hunters and reduce penalties for baiting violations.”

My three kids and their fellow Bay County students are heading back to school, which makes me think about why I first entered public service a few years back. I ran for and served on my local school board to make sure my own children got a great education at Bangor Township Schools.