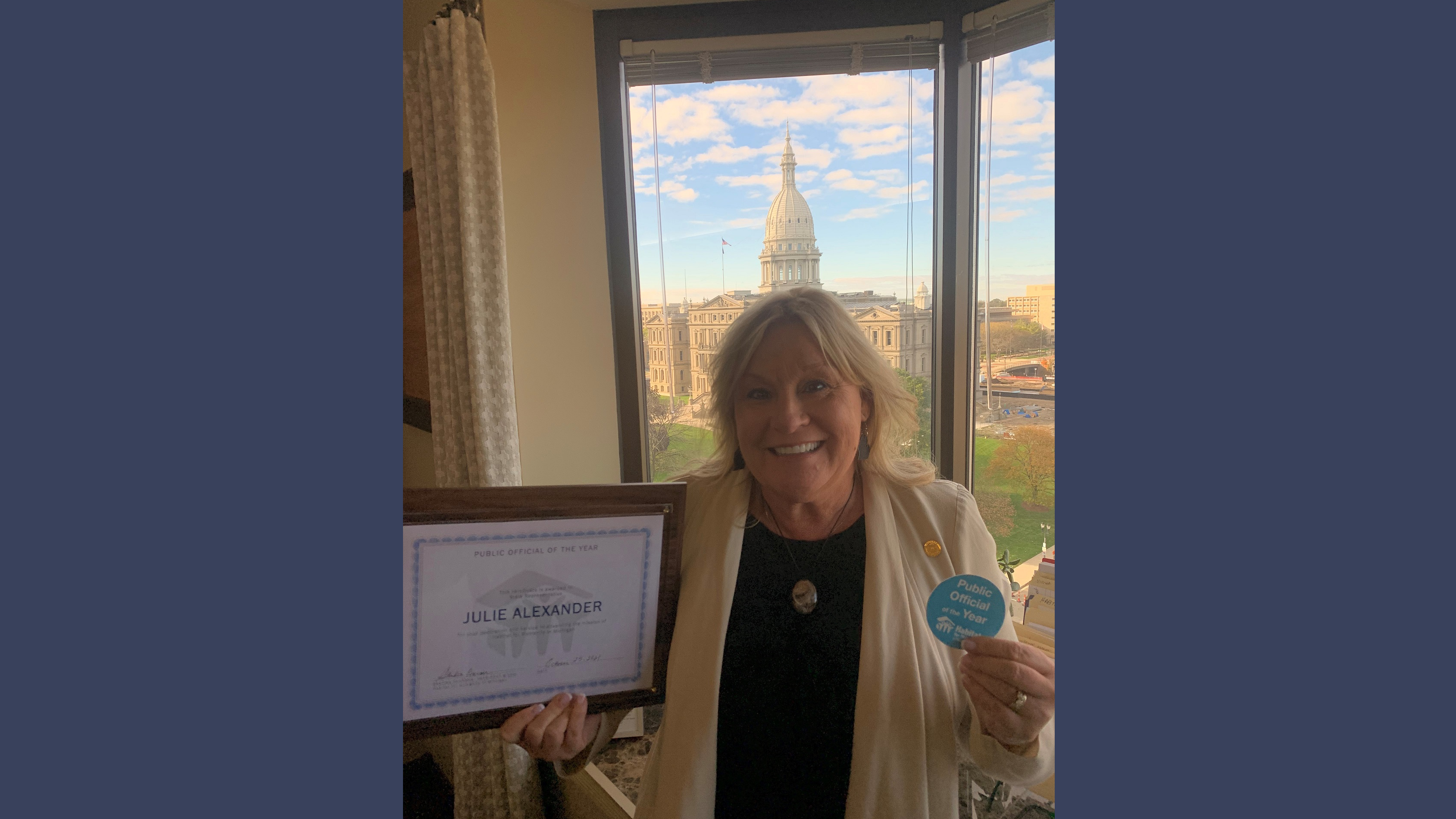 State Rep. Julie Alexander, of Hanover, holds the Public Official of the Year award from Habitat for Humanity of Michigan. The organization honored Alexander for her efforts to reduce the property tax burden on low-income homeowners.

State Rep. Julie Alexander today announced Habitat for Humanity of Michigan has named her its Public Official of the Year in recognition of her efforts to reduce the property tax burden on low-income homeowners.

Habitat for Humanity is a nonprofit organization that builds affordable houses for low-income residents. The future homeowners participate in the construction process.

According to Habitat, the “award is presented annually to an individual who has helped advance the mission of Habitat for Humanity through policy and advocacy work.”

Alexander was honored for her legislation to ease the tax burden on homes built by Habitat and similar nonprofits. House Bill 4812 would clarify the presumptive true cash value for assessing property taxes on a house provided to a low-income homebuyer by a charitable housing organization. The plan would include only the amount of the loan listed in the closing disclosure form.

Current law states that the presumptive true cash value for these homes is based on the purchase price, and Habitat expressed concern that this metric allowed for greater property taxes than intended.

“Habitat for Humanity of Michigan has empowered many people to become homeowners, including in our Jackson community,” said Alexander, of Hanover. “It has been a privilege to work with Habitat on our plan to shield low-income homeowners from excessive taxes, and it is an honor to be recognized by this impactful organization.”

HB 4812 passed the House of Representatives with overwhelming bipartisan support in June, and it is now under consideration by the Senate.