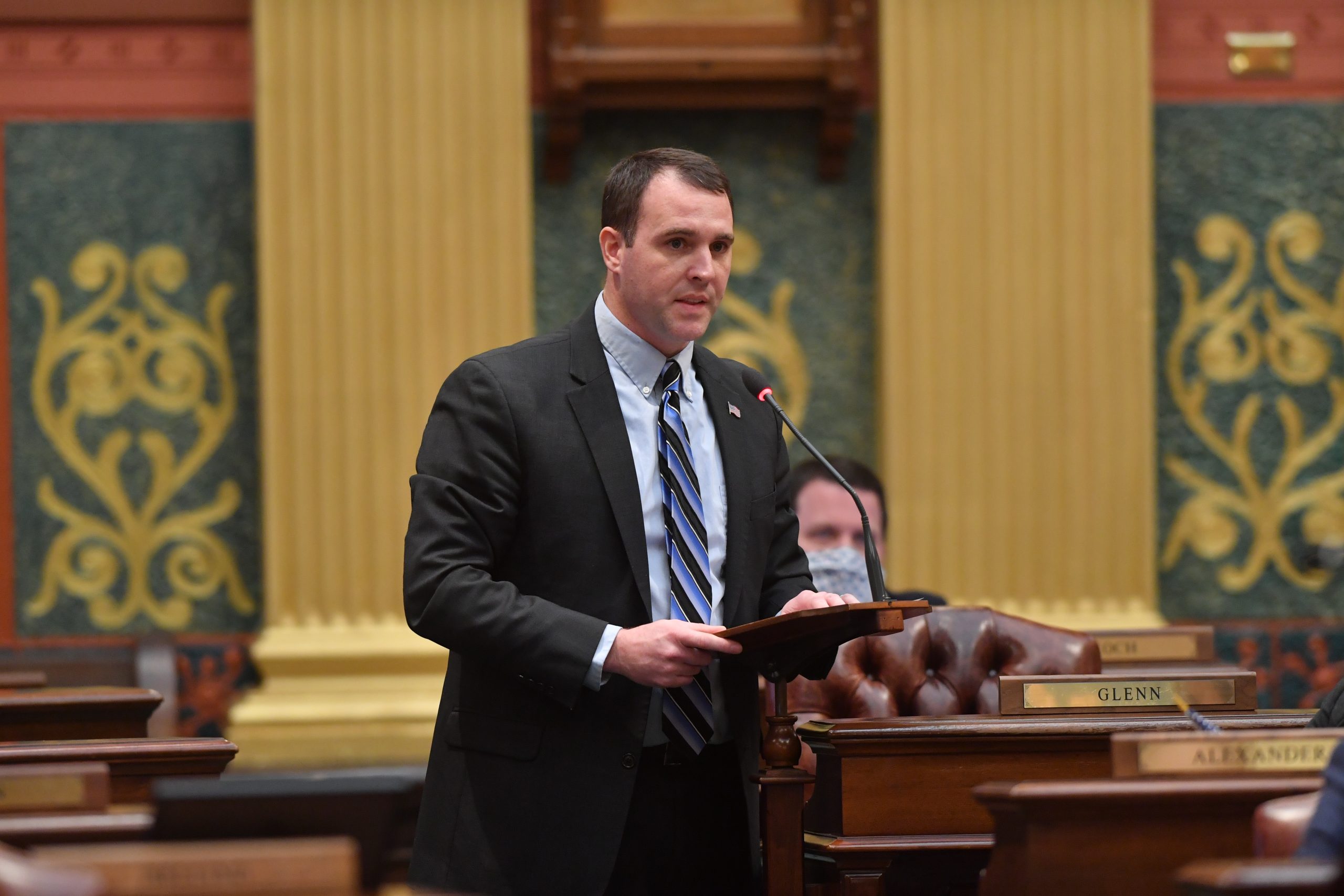 Rep. Thomas Albert, chair of the House Appropriations Committee, today helped lead the chamber’s approval of a plan to save Michigan motorists money at the gas pump.

“Inflation is absolutely crushing family budgets. Nowhere is that more evident than at the gas station,” said Albert, of Lowell. “This is relief that we can and should provide right away.”

The plan supported by Albert would save Michigan drivers an estimated $750 million combined over the six-month pause, which is significantly more than they would save from a pause in the smaller federal fuel tax.

Under Michigan’s current gas tax rate, a motorist who buys 25 gallons of gas a week would save $176 over six months under the Republican plan advancing in the Legislature. That would save motorists nearly 50 percent more than pausing the federal gas tax, which Gov. Whitmer has asked Congress to do.

House Bill 5570 advances to the Michigan Senate for further consideration.

House Appropriations Committee Chair Thomas Albert talks about passage this week of the House version of the 2023 state departmental budgets that originated in the House. Chairman Albert says extra funds were put into paying down debt and savings, and that he cannot say what the Governor will approve or line item veto.

Chair Albert: Revenue estimates can’t be banked on because of federal government policies and threats to economy

Rep. Thomas Albert, chair of the Michigan House Appropriations Committee, issued the following statement after today’s Consensus Revenue Estimating Conference: “Keep in mind these are simply revenue projections – not actual money in the bank. With all of the uncertainty in the economy, we must be careful – it would be a mistake to make […]

The House of Representatives today completed votes on its proposal for the state’s next budget year – leaving room for $1 billion in tax relief, paying off more long-term debt, and investing in schools and other services needed to move Michigan forward.