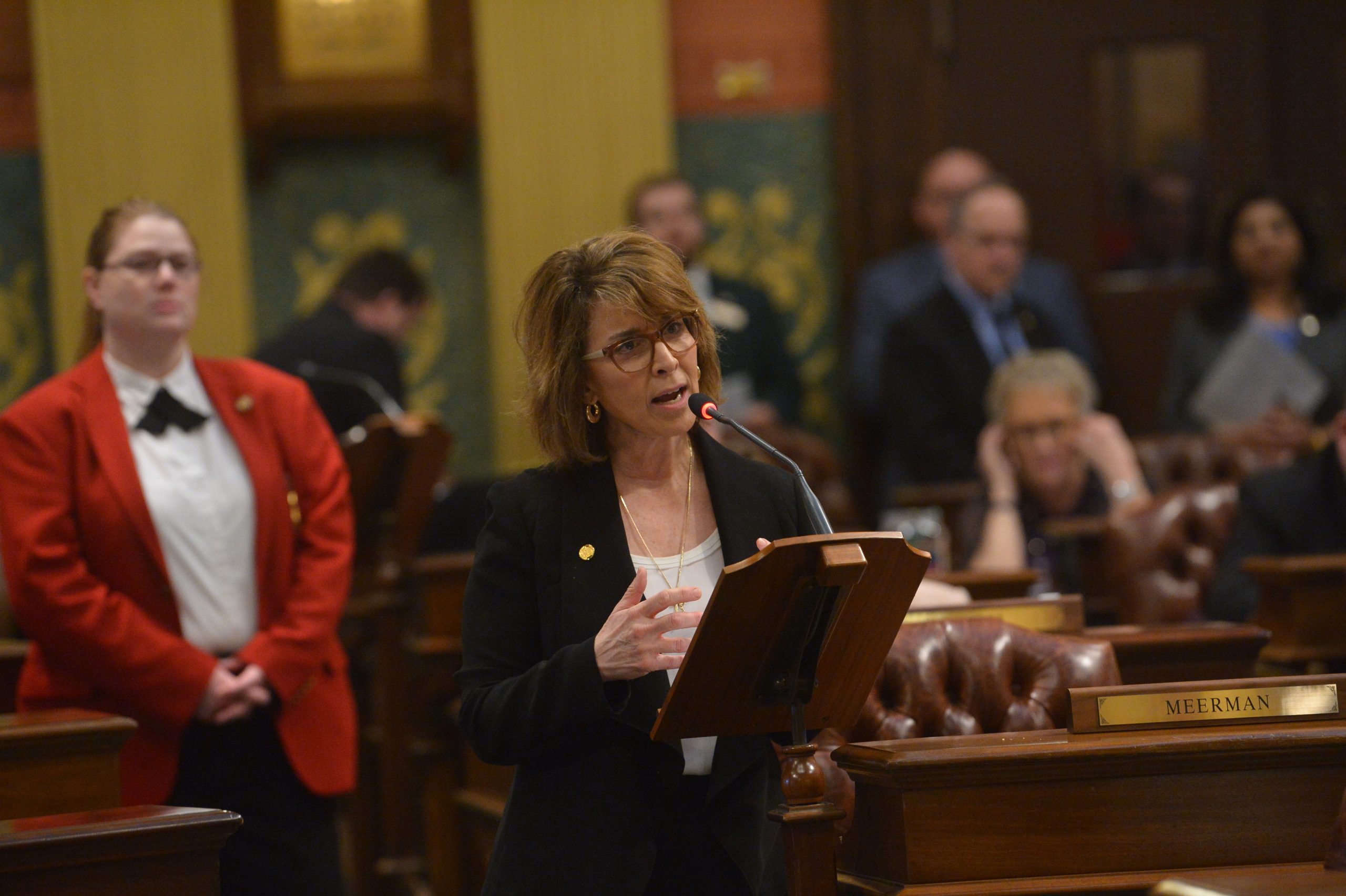 I was blessed to become a mother in two ways: by giving birth to a daughter and by adopting a son, thanks to a woman who chose to give him life. The beauty of their lives is front and center for me when I hear people advocating for abortion.

Last year, I sponsored bills with Rep. Pam Hornberger to end the practice of dismemberment abortion. (Yes, it also has sanitized names – D&E, for example — but to get a child out of the womb after the first trimester, its limbs are ripped off and its skull crushed. Abortion advocates accuse me of being sensational, but I don’t know what other words to use to describe the procedure. That’s how it’s done; those are the facts. The child’s body is dismembered).

The governor has said she will veto this legislation because she and others say it is a women’s healthcare issue. That argument is tiresome and ludicrous – abortion is the opposite of healthcare. The children who grow in our wombs aren’t tumors to be excised; they aren’t scar tissue or infections or weaknesses to cure through a medical procedure. They are living, feeding, feeling humans on one end of the life spectrum who deserve as much care, love and attention as the elderly on the other end or as the infirmed and dying throughout. But because these children are out of sight — as are the horrors of their deaths – people argue for killing them and justify it by calling it “healthcare.”

I remember when I was about eight years old and a robin’s egg fell out of a tree. I took the baby bird home ¬– still half in its shell – and tried to help it, but it died within the hour. If I had simply picked it up and ripped off its wings and watched it die, I’m sure (I hope) someone would have rebuked me – or gotten me help. I mean, what would you think of a child who tortured a living thing?

And if you don’t think abortion advocates are trying to make abortion as acceptable as getting your ears pierced, go to Shoutyourabortion.com. The home page says, “Abortion is normal. Our stories are ours to tell. This is not a debate.” Wrong. It IS a debate, and more — it is a fight for life; a battle for the very essence of what it means to be human, and especially what it means to be a woman. And when leaders don’t see that – when they kowtow to political pressure or to the easy answer that makes them popular instead of right ¬¬– they lose their humanity, set a horrendous example for young women, and deny life for those who might have been a governor or doctor or a great parent.

I am not an unenlightened member of the flat-earth society who doesn’t give serious thought to serious issues. I am not strait-laced or unbending. I simply love and value life – my own and others’, born and unborn, healthy and sick. I will advocate against euthanasia and doctor-assisted suicide as much as I will against abortion – because life is life. And yes – to those who will ask – that includes George Floyd’s life. His life had as much merit as mine on this earth and he never should have died in that manner — at the hands of a man who looked like he was watching a parade as he cruelly and needlessly snuffed out the life of a man who was made in God’s image.

Life is life. It is to be celebrated, nurtured, cared for – even the tiniest among us. Abortion is unnatural. It is the opposite of healthcare. And we women – from the highest office of the state to the homes in our neighborhoods – need to do what we are meant to do: nurture and protect life.

Rep. Lynn Afendoulis issued the following letter to the governor regarding Big Ten football and businesses that remain closed due to COVID-19.

State Rep. Lynn Afendoulis this week called on the chair of a Michigan House committee to take up legislation that would end the governor’s ability to continue to extend the state of emergency without input from the Legislature. Afendoulis, of Grand Rapids Township, sent a letter to Rep. Jason Sheppard, chair of the House Government […]

Rep. Lynn Afendoulis today supported a plan aimed at preserving local control and parental involvement in decision-making while helping Michigan students get back to school safely.

As the Unemployment Insurance Agency (UIA) continues to respond to the impacts of the COVID-19 pandemic, the State of Michigan has selected Deloitte, a nationally recognized professional services organization, to assist the UIA with financial operations, investigations into imposter claims, and a forensic review to help in identifying fraudulent activity that can be quickly turned […]