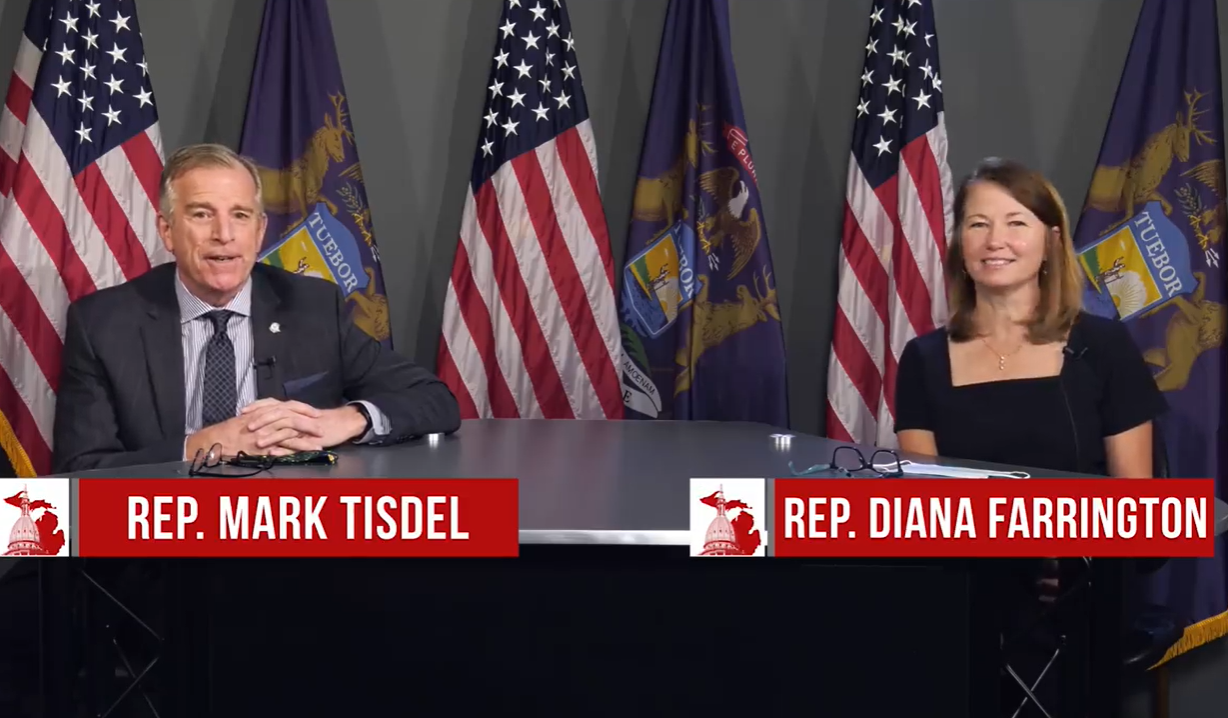 The two members of the House Tax Policy Committee released a tongue-and-cheek video highlighting the amount the winner will pay in taxes if he or she selects the one-time cash payment of about $739 million.

“My wife and I bought a Mega Millions ticket and enjoyed thinking about how we’d spend it,” said Tisdel, the committee’s vice chair. “The news has reported there was a single winner, but that person has two very big partners: The State of Michigan and the Internal Revenue Service.”

Farrington, of Utica, said: “From what I’ve heard, most big winners take the up-front cash payout. In this case, the $739-million payout would be subject to 37 percent federal and 4.25 percent state income taxes.”

That means – after the initial federal and state income taxes – this jackpot would result in a net winnings of about $434 million.

“My plan, as the single winner, would be to invest the net winnings in tax-free municipal bonds that are now paying about 2.5 percent,” said Tisdel, of Rochester Hills. “That would generate something like $11 million a year, tax-free, for life, without ever touching the principal. That’s enough to get by on. Of course, my heirs would experience a 40 percent inheritance or ‘death tax’ when the balance was transferred.”

After making a quick back-of-the-envelope calculation, Farrington said Tisdel’s scenario would result in about two-thirds of the initial cash payout being consumed by state and federal taxes over the years.

“The winner’s federal and state partners are not shy,” Farrington said. “The initial taxes on the $739 million up-front payment would total about $305-million. The 40 percent inheritance tax – assuming Tisdel’s scenario doesn’t reduce the initial principal – would yield another $174 million in taxes.”

“So, under a very conservative payout and investment strategy, the ‘one lucky’ $1 billion jackpot winner pays the silent partners just about two-thirds of the jackpot or right around $479-million,” Tisdel figures. “Now, don’t get me wrong – I’d certainly be willing to accept that deal.”

Farrington added: “But, it is incorrect to say there was just ‘one lucky winner’ of the billion-dollar lottery prize. The IRS, and Michigan Treasury in particular, will collect a handsome share of the jackpot.”