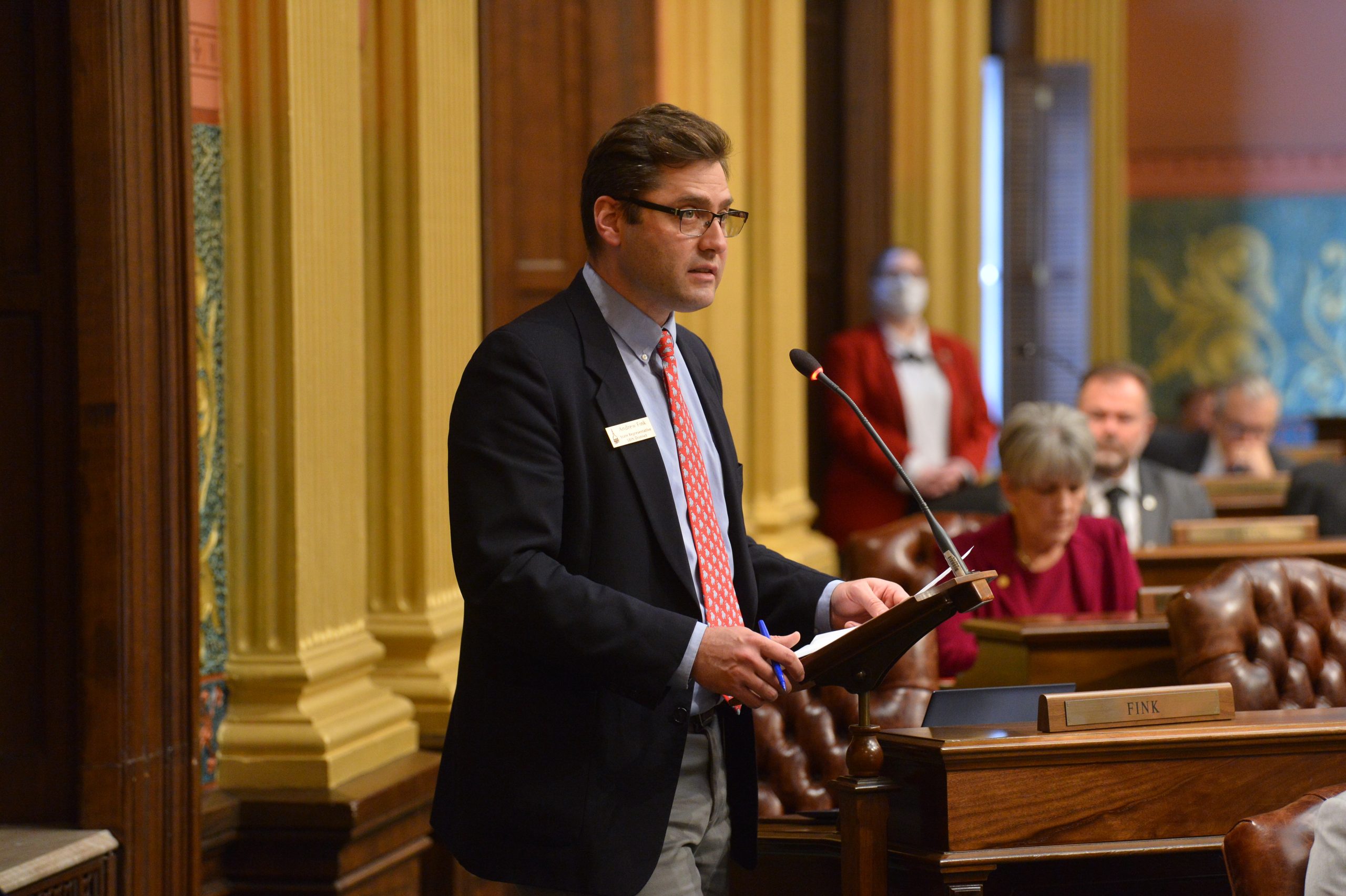 Fink maintains that the federal laws restricting or prohibiting the manufacture, ownership and use of firearms, firearm accessories or ammunition within Michigan exceed the powers granted to the federal government under the U.S. Constitution.

“This is about standing up for the civil rights of the people of Michigan,” Fink said. “The federal government should not, and frankly does not, have the authority to infringe on Second Amendment rights or any other constitutional amendment for that matter.”

House Resolution 55 expresses it is the duty of Michigan’s courts and law enforcement agencies to protect the rights of law-abiding citizens to keep and bear arms within the borders of the state.

Rep. Fink talks about new legislation he is helping to sponsor that would allow parents to sue schools over drag shows. Rep. Fink says there does not need to be a long string of previous instances to know there should be zero of them.